How to Best Navigate the stadium in Call of Duty: Warzone 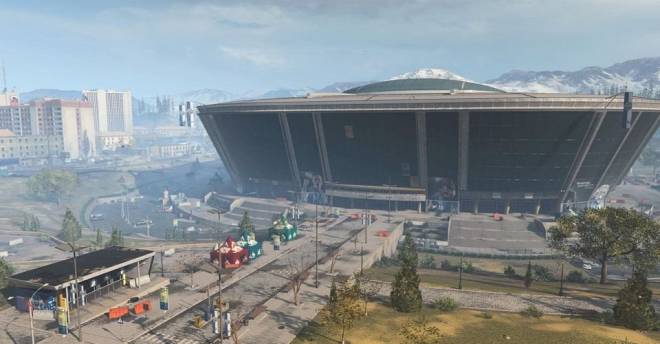 For months and months, fans begged for the behemoth that is Verdansk stadium to become something more, and then finally, Season 5 said “here you filthy animals, a gigantic open stadium with tons of different sections, have fun.” Little did we know that the stadium would now become the most intimidating area in Warzone to navigate. Fear not, I have some thoughts on how to make your trip into the best sports stadium in videogames into a less deathly trip.   Stay Away to Start   This should be obvious as if you’ve ever played any battle royale, you know that as soon as a new area comes into play, it’s going to be absolutely packed with players looking to find every nook and cranny they can. This is the time to stay away. The best time to get here is towards the midway point of the game. At this time, most teams know where they’re headed and usually are done scavenging at this point. The great thing about the new stadium interior is there are an enormous amount of nooks to scavenge so even if its been hit early, it will still have rewards for later. You should also only hit this place with a full team with solid weapons at hand because it can get messy in a hurry inside here. Stick to the bleachers   If You’ll notice when you first enter the stadium that the middle of the field is littered with tents and boxes to hide behind as well as tons of loot chests. This is all a lure that will surely lead to your doom. Why you ask? Well, it’s because of the number of vantage points available to just wreck you into oblivion. You’ve got the snipers who love to perch on the rooftops and take potshots at your assuming crew, you’ve got the people hiding in the bleachers, waiting for someone dumb enough to scavenge the middle area and you’ve also got to keep In mind that this area is highly vulnerable to airstrikes now considering the open roof. The bleachers provide a ton of cover and if you stay low you will be virtually unnoticeable. You will also find a handful of chests strewn about to get a quick loot fix in as well and you can do so without arousing the attention of the several other teams likely to be in there. 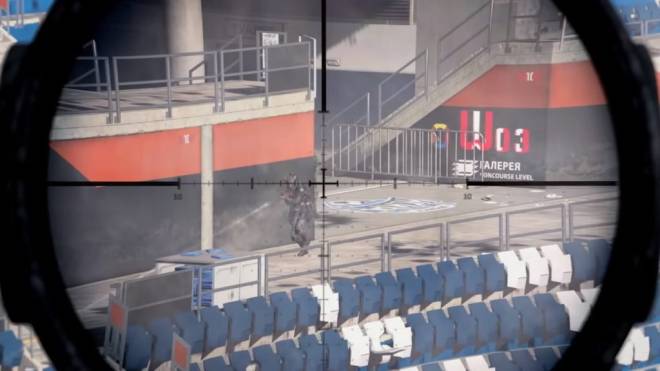 Take over the top   It took me a little while to even discover that the stadium even had a top floor, but sure enough, it does and it’s one of the better and lesser-known areas to take control of in all of Verdansk. The massive upper portion of the stadium circles around the entire stadium and has several choke points you should take note of. The first one being the stairs where you can enter the upper portion. If you’re planning on making this area your home, you want to fortify the stairs with explosives of your choosing so you’ll know when someone is coming up. The other are is an open window overlooking an enormous amount of the east side of the Verdansk map. Snipers and long-range AR users alike should use this open area as an opportunity to just destroy people who try and get to the surrounding buy stations as there is almost never anyone in this part of the stadium and players will most likely look to the roof for snipers rather than right below it. This is also an essential area to call airstrikes from as the massive view will allow you to predict teams’ movement patterns better and therefore let you aim your airstrikes more efficiently.   So, do you like the new additions to Call of Duty: Warzone? Do they feel forced to you or do they fit in nicely? Should they keep adding to the map or just create a new one entirely? Let’s talk about it below!