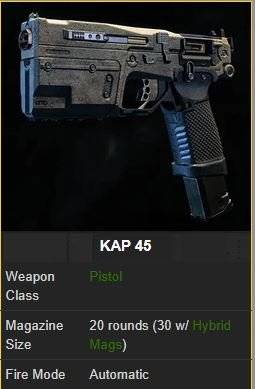 The KAP 45 is a fully-automatic pistol featured in Call of Duty: Black Ops 4. It was was introduced as Tier 25 of the Barbarians special event in the Black Market on January 22nd, 2019 on PS4, and will release the 29th on Xbox ONE and PC. 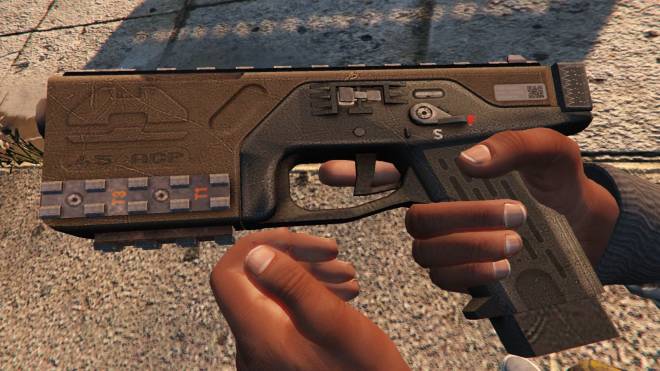 If the name of the pistol sounds familiar to you, it should, as it’s meant to act as the successor to Black Ops 2’s Kap-40, which was pretty infamous for it’s massive power, especially when dual-wielded. The Kap-45 acts in a similar way: it’s fully automatic and spits out a ton of damage.   While the Kap-45 is technically a secondary weapon, most players will likely just load it up with attachments and try to run it as a primary. It is more than a sound idea as the Kap-45 seems certainly strong enough to be serve as a player's only weapon in a certain class.   ■ Attachments 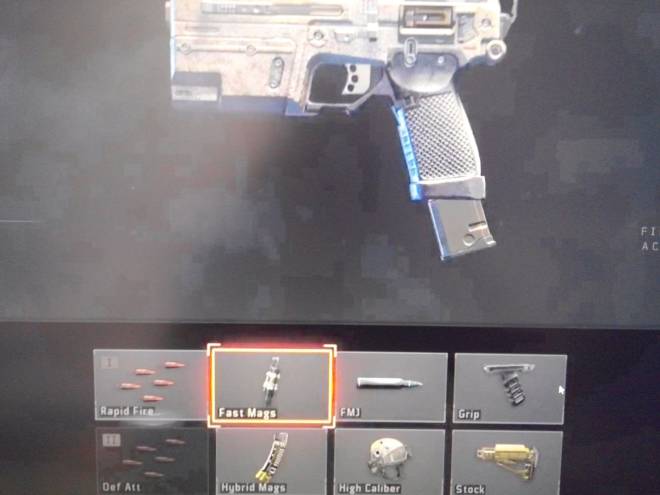 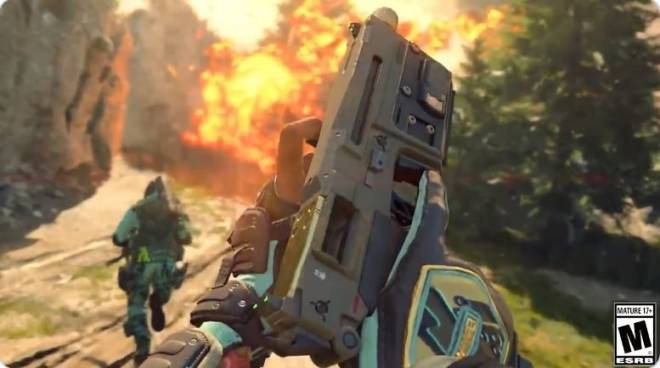 ■ Marcus T's Setup Rapid Fire 1 & 2 w/ Hybrid Mags   Its loads of fun. quite good at extremely close range. with rapid fire 2 it actually has a faster time to kill than the saug up close. But it goes from 6hit kill straight to 9 at quite a short range. its probably the best secondary to run as a viable main weapon now too. rapid fire 1 and 2 with fast mags and hybrid mags. just useless at range           #BO4Gunsguide If you have any problems or questions in my Guide, please leave comments at any time! If you follow me, you'll be able to check out my guide quickly in Newsfeed.