In the past, if Saug was OP, these days Spitfire is big issue. Using Akimbo or Spitfire turns out to be a conscience. The Spitfire boasts an extremely high rate of fire that gives it the fastest time-to-kill among the submachine guns in close quarters, resulting in unmatched performance on CQB-oriented maps. However, engagements beyond point-blank can prove to be a struggle, as the weapon has heavy recoil that tends to pull the sights off-target. 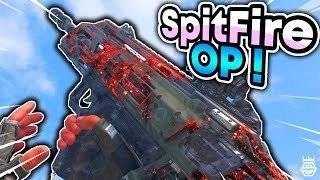 Due to its crazy fast firing rate and high damage capabilities, the Spitfire is an absolute beast when it comes to close quarter combat. Although the weapon may struggle in those longer-distance encounters, there is no denying that the Spitfire is one of the best weapons close quarter weapons available.   The Spitfire appears in the zombie maps Voyage of Despair, IX, Blood of the Dead, and Classified, where it's available on the wall for 1400 points. When upgraded via Pack-a-Punch Machine, it becomes the Sky Scorcher with the magazine size increased to 60 rounds and its ammo reserve increased to 360. It is unlocked for customization in the armory at level 32.       ■ Sights Reflex Dual Zoom Holographic ELO   ■ Attachments Extended Mags I, II Fast Mags I, II FMJ I, II Laser Sight I, II Quick Draw I, II Stock I,II

The best attachments for the Spitfire are those that help you engage enemies at medium range. Use the laser sight to reduce the hipfire spread and to reduce flinching whilst firing from the hip. Use extended mags to increase the number of round per magazine letting you take on multiple enemies in a row.     ■ Operator Mod : Wild Fire

Extremely increased fire rate. The hail of bullets increases weapon recoil, and slows movement speed while firing. Buffs the fire rate of the Spitfire from 1029 to 1455 RPMs. But it has three critical drawbacks. The above mentioned increased recoil and ADS/movement penalties, and the fact that operator mods cost 4 points to use; 1 for your gun, 1 for the wildcard to equip the operator mod, and 2 for the mod itself.         ■ Marcus T's Setup 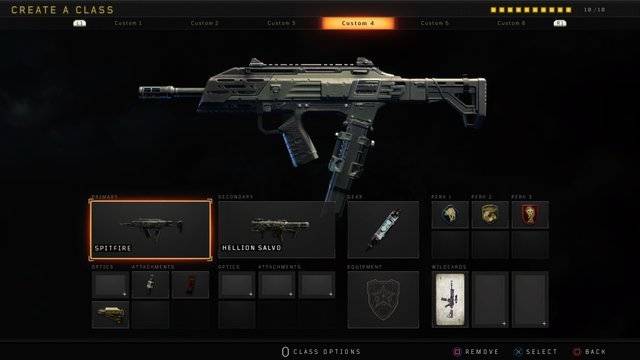 Spitfire is an absolute beast in close quarters and close combat due to its insanely fast firing rate and high damage characteristics. Extended Mags have been added, so you do not need to reload frequently, so they can last long. This is very useful when attacking multiple enemies.   The addition of FMJ and Stock I attachments makes it much easier for the player to deal with weapons, as well as smoother on launch due to added stabilization. Use the stim shot to heal whilst firing from the hip and the concussion grenade to disable enemies. To help you move and keep you in the fight. Use scavenger to replenish ammunition. 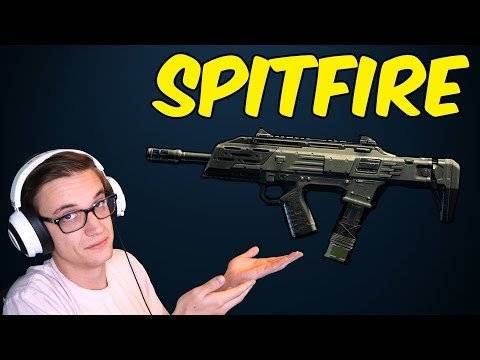 I’ve used this gun for almost 6-8 hours of play time and by no means do I find it overpowerd. I had more or less the same K/D ratio with it as I did the Scar in this game, which is the Rampart assault rifle. If you play to the weapons key strengths, which is nothing more than close quarters combat, you’ll more than likely win a lot of your gun fights. If an enemy encounters you at medium to long range, you'll have to either turn tail and run or reposition yourself. This is due to the msasively increased vertical recoil. I think all the operator mods are balanced nicely, but this one seems to be balanced incredibly well due to the massive increase in recoil and the slower movement speed. The fact that it costs 4 points just to get the operator mod on your class is enough balance already – but they went beyond that, which is good to see. You’ve also gotta remember that we only have seen a few maps, which are all suited towards this weapon. If you put this sucker on a medium to long range map, you’re going to have a bad time unless you just rotate in tight quarter areas the entire time.                 #BO4Gunsguide If you have any problems or questions in my Guide, please leave comments at any time! If you follow me, you'll be able to check out my guide quickly in Newsfeed.