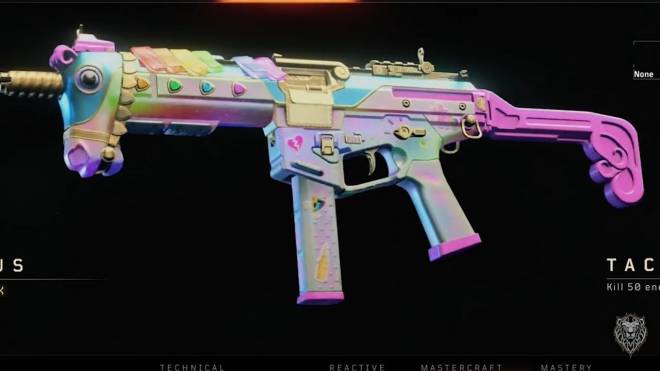 I have been reviewing the unpopular GKS SMG due to the slow TTK. It's the slowest firing SMG. Unicorn skins is more famous than GKS.... Anyway.... Let's take a look.   With a stronger accuracy and range than the MX9, the GKS manages to fall short in the areas of damage and fire rate, which are essential when the weapon is used primarily in close quarters. 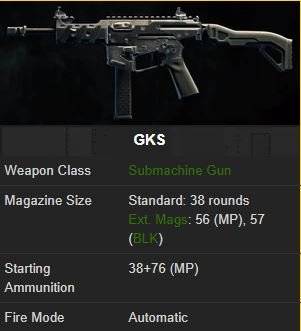 Despite having the advantage of accuracy over the MX9 and the ability to attach the Quad Shot Operator Mod to significantly increase its damage, the GKS still manages to fall short when compared with other weapons in its class.   For submachine gun users who don’t want to be helpless at range, the GKS is a great choice. Its magazine size is large, so you can afford to miss if you’re trying to pin a target behind cover, and it also has a respectable fire rate. Damage isn’t the best, however, so you’ll need to burn through a little more ammo.   ■ Sights Reflex Recon Dual Zoom NVIR   The recon sight gives you a clean picture you can adjust with the range of your engagement. Likewise, given the accuracy on the weapon, there isn't a huge difference between a 6 and 7 shot kill.   ■ Attachments Suppressor Long Barrel I, II Extended Mags I, II Grips I, II Quickdraw I, II 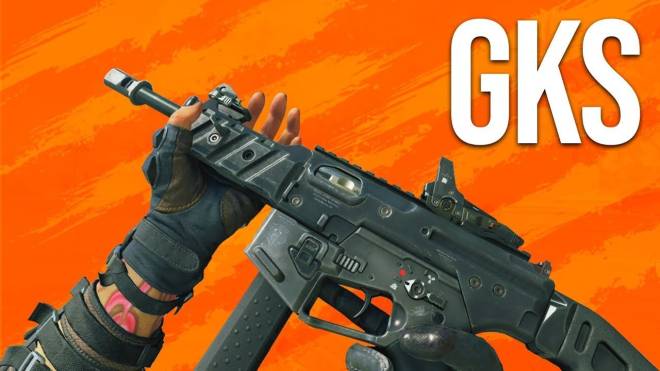 Become A Silent Killer Disappear from the map to surprise enemies by equipping the Ghost Perk, Dead Silence Perk, and the Suppressor! You can still stealth-shoot from mid-range with long barrel equipped. Equip Attachments To Stabilize Shots Get attachments such as the Grip or Quickdraw to reduce recoil and maintain accuracy when firing this weapon.     ■ Operator Mod

Quad Shot Converts weapon to fire a 4 round burst. Also increases damage falloff ranges. It’s decent. Faster TTK and big range increase. Personally I don’t use it often though as I don’t enjoy burst fire guns all that much, but if you have no prob with that it’s a good choice. 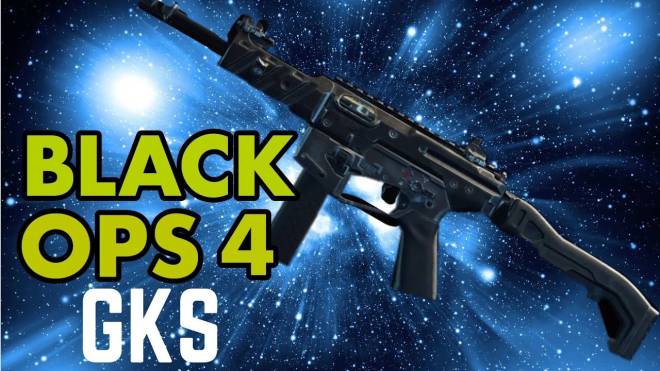 ■ Marcus T's Setup Recon Sight, Silencer, Extended mags Perk 2: Gung-ho Perk 3: Ghost, Dead Silence   The GKS has the same recoil pattern as the ICR and it has consistent damage out to midrange. Most players try to get close and snap ADS you. With the GKS you can hang back and pick fights a lot further out than most player will expect. Likewise, you handle considerably better than any of the rifles. With gun-ho you can hipfire into ADS or just hipfire while sprinting. This gives you excellent mobility and makes you harder to hit than someone who stops and snap aims with a rifle. Next we have extended mags giving you 56 rounds per reload and a 168 total on spawn. Given the Accuracy on the GKS that's enough to take on 4 to 5 players without having to top up. Since we are using stealth, you are also more free to top up when you want.       #BO4Gunsguide If you have any problems or questions in my Guide, please leave comments at any time! If you follow me, you'll be able to check out my guide quickly in Newsfeed.