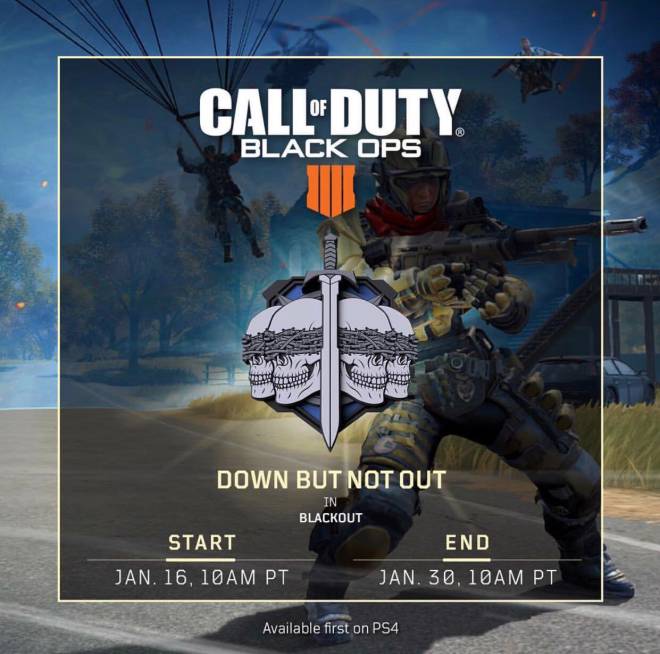 Ohhh that’s right. You heard the wizard. Your teammates get revived after they die!! 😱 If 1, uno, single, Roman numeral I, makes it to the next zone alive, the whole squad gets back into the action!

That’s right girls! Get back on that horse and sail your way to a chicken royal with cheese no dairy touch down! No idea how the respawn works for final circle yet.... I was just excited about not being all alone and betrayed by a country I love...or dying early game. ————————————— Edit. Upon further review, the ruling on the field stands. With the addition of you get redeployed by a chopper after the zone hits. You only get a pistol, some flintstone bandaids, and a perk. #callofduty #blackoutnews #newupdate #blackops4 #Battleroyal #BR