You ever get to that much-needed loot box in the middle of a game of Warzone and open it only to find a steaming pile of garbage? Some half-assed rifle with single-shot burst and no scope? It’s moments like this that makes the jubilation of getting your loadout all the better. We all know what the best weapons are, but I’m here to shed some light on the worst. The bottom of the barrel and the biggest reason we chuck our headsets into next week. These are the 5 worst guns in Call of Duty: Warzone.   5. Dragunov 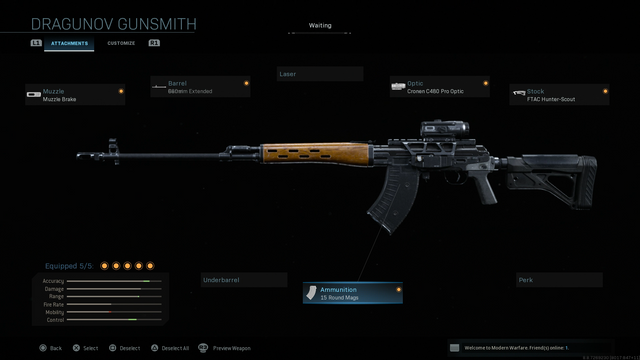 So, I hear you like sniping? Well come right in friend and take a gander at this here Dragunov! It’s got god awful damage, a subpar scope, and is less stable than our pet bull after we fed it bath salts. (I assume this is what gun salesmen sound like…moving on). Seriously though, there is just no reason to be toting this thing around unless you love the ultimate challenge. While the idea of a rapid-fire sniper rifle sounds great in theory, here it’s just pointless. It shoots fast, sure. But it does the worst damage per bullet in the entire game. Why carry around this garbage when you can just get an AR and why snipe with this when there are tons of other sniper rifles that are far superior? If you’re stuck with this gun from a loot box, well that’s just what happens to you then.   4. VLK- Rogue 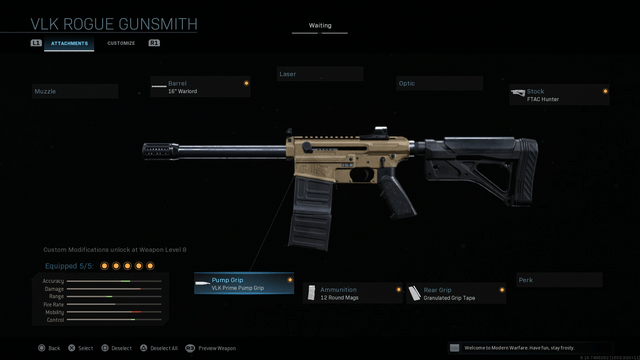 I love shotguns in this iteration of Call of Duty, but even I can’t defend this piece of trash. While you’re likely going to kill any player with this thing with one shot If you’re close enough, that damage lessens an insane amount if you get just a couple feet away from your target. The fire rate is also on the lesser end for a shotgun of this type and there are so many better options to get you through a round if you really need your shotgun fix. You can add attachments that increase the range sure, but why waste your time when you have plenty of other shotguns with superior base stats that don’t treat the gun like something out of the N64 era where shotguns only worked if you were basically face to face with another player.   3. MG34 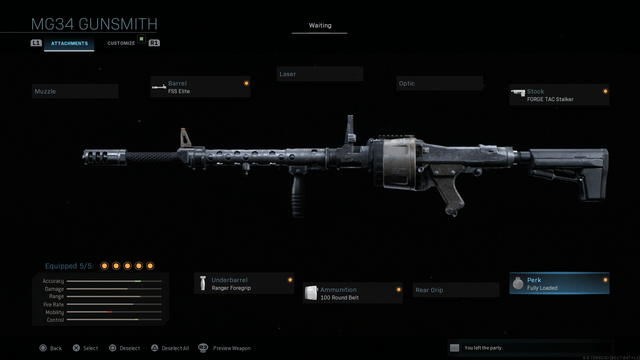 If you’ve read any of my past posts, you know I’m obsessed with light machine guns. The massive clip size with the super high damage rate just works for me and has always seemed to be the best option in Warzone where a large clip is necessary for taking out multiple players in one round of ammo. That’s why it pains me to say this but the MG34 is a gun that’s ripped right out of World War 2 and it feels like it. It’s got one of the worst mobility stats in the entire game to start off, so if you’re going to suffer through with this weapon be prepared to add attachments that bump this significantly or else, you’ll be a sitting duck. To go along with this theme of slowness is the 8 second reload time. Yes, you read that right, it takes 8 seconds to put another clip into this thing and it feels more like you’re changing the ink on a printer than loading a gun. Forget about trying to reload in an open space with this hulking relic of the past because you’re going to get downed immediately.   2. Crossbow 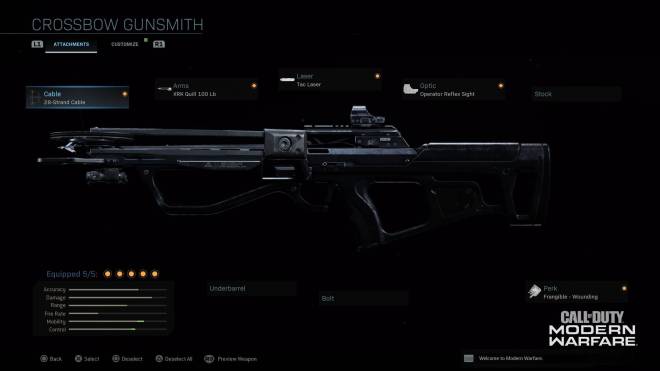 This gun or bow rather just does not fit in this game, period. It feels like it jumped out of another game and is just trying to go unnoticed here. And it goes wholly unnoticed, buy just about everyone especially in Call of Duty: Warzone. The novelty behind this weapon is that it’s a one-shot kill. That’s great and all for team deathmatch, but in Warzone? That’s not the case at all and unless you land a headshot with this thing, you’re going to be killed as soon as you have to reload which is after literally every shot you take. If you’re effective with this thing, I want to see how considering it requires some incredibly precise aiming and patience to use and that’s just not something worth your time as there are countless guns better suited for your likely ill-fated trip into Verdansk.   1. Striker 45 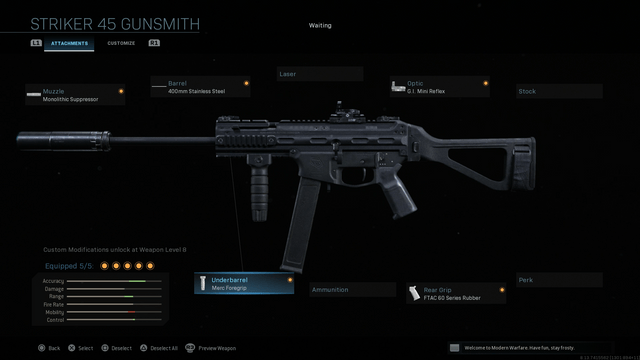 This submachine gun is the definition of meh. It’s not the worst gun in the game stats-wise, but it’s so mediocre in every category it just feels wrong to use. With low ammo clips and a truly preposterously bad accuracy stat, this gun comes off as a wannabe assault rifle with none of the chops to back that up. Shooting this thing at an enemy from more than 5 feet away is like taking a fistful of marbles and launching them at someone from that distance and expecting every one of them to hit. While you can boost the accuracy with attachments, that still doesn’t do much for the lack of control and unless you’re great at anticipating recoil and quickly correcting your aim after you shoot, this gun will prove to be pretty fruitless during your endeavors in Call of Duty: Warzone.   So, what guns do you think are the worst? Did I miss any that stand out? Let’s talk about it below!