Top 5 Places to Airstrike in Call of Duty: Warzone

Airstrikes are a fickle beast in Call of Duty: Warzone. They’re so appealing, yet often are just non-factors. Because of the radar, teams often know exactly where the Airstrikes are coming and can easily avoid them. But that’s just one team. The key to air striking properly is to find clusters of players before you unless sky born hell. Where do you find these clusters of players? How do you unassumingly call an airstrike without having your location found out? Here are 5 places that will provide some outstanding opportunities for group airstrikes.   5. Prison I usually advise against roaming around the prison area too long, but there is one benefit to lurking in these parts. The prison is usually teeming with players who are trying to load up on loot and we’re going to capitalize on it, here’s how. First, we’re going to grab a helicopter and a couple of airstrikes and we’re going to roam around the prison NOT over it. If you go over it, the likelihood of being shot out of the sky is far higher, so we’re going to have our air strike caller ready to go as we do a quick flyover. Have your caller make the call whenever he sees life and immediately jump off and land on the towers or on the nearby wall. Start raining bullets as the players below head for the indoor areas. If you do this right, you’ll be able to cut off any exit strategy and they’ll be stuck either getting shot by you or being destroyed by an airstrike. This method is best when the circle is going to land in the prison so you know there will be a high volume of players there.   4. The Dam 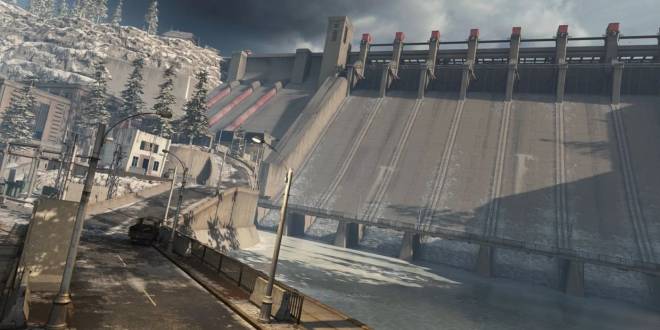 The Dam is generally one of the toughest areas to navigate in all of Verdansk, it’s cluttered and tough to find out what entrances lead where. This very reason is why we’re going to use it to our advantage when calling in an airstrike. The ideal position is located at the very top of the dam. The reason is we can get an unreal view of a huge chunk of Verdansk. You’ll have a view of the ice lake, the nearby houses, the tower near the airport and even the airport itself. You should have a player equipped with a spotter scope before calling airstrikes, but from this location, you should be able to spot quite a few teams and there really is very little place to hide if you manage to call the airstrikes where they are going to be rather than where they are. Think of it as leading a receiver in football.   3. The Superstore The Superstore is arguably the most popular area to loot in Call of Duty: Warzone and we’re going to take advantage of these looters, specifically from the roof or a nearby apartment rooftop. We’re going to post up with our arsenal of airstrikes and wait for these greedy little rats to come storming out of the Superstore with their new-found fortunes. This is almost foolproof because while everyone loves to go to the Superstore, absolutely no one loves to stay there. With any luck, you will see a team running out of the store being shot at by another team and this is when you make the call and rain hell on both of them. Aside from the Superstore itself, the best they can hope for is to hide behind a car or wall and while they’re doing that, that’s why your other teammates light them up with AR’s or rockets to make the chaos all the more confusing for the other teams to navigate.   2. Hospital 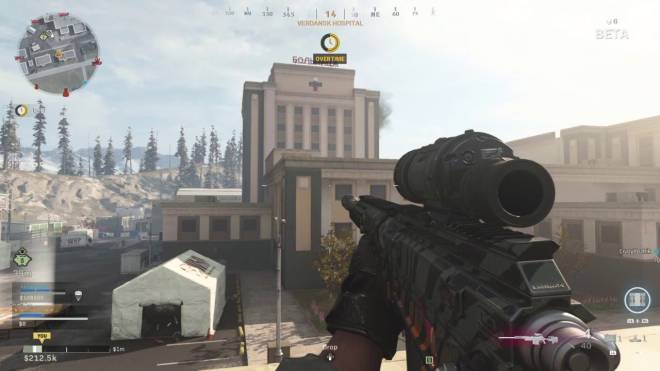 The Verdansk Hospital is one of the coolest areas in the game and it has tons of benefits within. Because of this, many players tend to flock here and that is doubled for when the circle is closing near the area. For our purposes though, we’re going way up to the highest roof available with our airstrikes. From here, we’re going to do a bit different of a strategy from our other locations and we’re going to start by shooting our normal guns down at whatever team we find. We want them to be on the runs and panicking to find cover outside. Once they do, that’s when you call the strike. But don’t call it right on top of them. Surround them with the airstrike while two of your teammates dropdown where they’re stationed. Ideally, you want to wait for that strike to dissipate and then have another in the wings ready to go and it’s with that second strike we’re going to have everyone charge that team except the airstrike caller. Keep in mind you can be killed by your own airstrike, so keep some distance if you’re the one making the call.   1. Airport 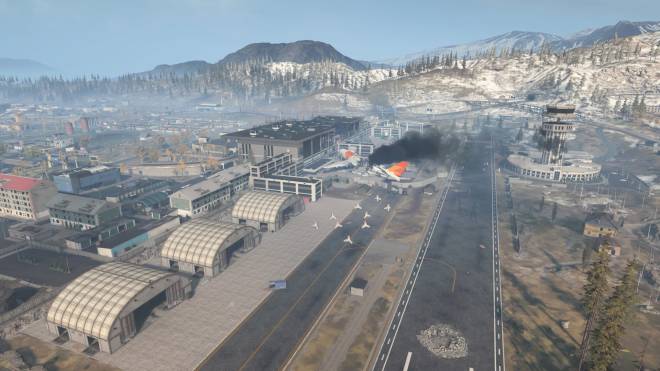 This is the spot you’re going to make your bread with airstrikes in. Usually populated by at least two buy stations, the Airport is always packed with players whether the circle dictates it or not. The spot o make the strikes from though are just as important as where you’re making them. Here, we’re going to be at the tower. The tower has a massive view of the entire airport and you can see players for insane amounts of distance in just about any direction. The key to calling airstrikes here is the element of surprise. Don’t go for the team that is camped out in a specific location, those players are too structured for our purposes. We want a team running like hell away from a firefight. As always, you’re going to have to predict where these players are going to run to, but generally, if you can nail them in the middle of the runway, there is very little areas for them to hide once the bombs start raining. If you have a sniper on your side this would be a great time for them to get some target practice in as well.   So where do you usually call your airstrikes? Do you do it by feel? Or do you have an actual plan every time? Let’s talk about it below!