Praise and worship! I'm your sensei Marcus T! #BO4Gunsguide       The main and secondary weapons are divided in multiplayer mode. Pistol, shotgun, launcher, and melee weapons in secondary weapons literally help in combat. However, even the secondary weapons have weapons that overwhelm the main weapon with high efficiency. One of them is the 'MOG 12' shotgun.

MOG 12 is a pump-action shotgun that emits powerful firepower in close combat. If your primary weapon is weak in melee, you may use MOG 12 as a secondary weapon to enhance your melee capability. Depending on the setting method, the main weapon is abandoned and only MOG 12 is used. Actually, many users can use MOG 12 without main weapon by reinforcing various parts. If so, how do users who are using MOG 12 as a main user set their customs?   'MOG 12' is a shotgun open to account level 8. As the level limit is low, it can be used in the early stage, and the efficiency of melee combat that is used with the perk to increase maneuverability is enhanced. However, in the absence of any parts, it is harder than you think to kill enemies at once, rather than a very close range. Moreover, both the speed of the shoot and the speed of the load are slow, so it is difficult to use. 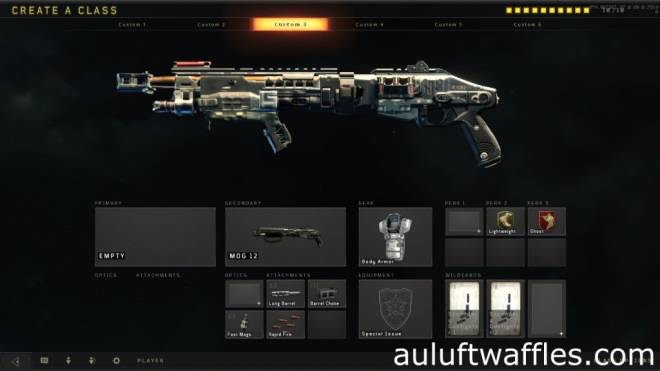 In order to compensate for this drawback, it is necessary to raise the weapon level to at least 9 levels and open up the 'Rapid Fire' and 'Choked Barrel'. It is therefore recommended that you focus on increasing your weapon level while using MOG 12 as an aid in the early stages.   MOG 12 is a powerful firepower shotgun, but when the distance is a little farther away, it often happens that the enemy does not die at once. What is needed to compensate for this is the 'Choked Barrel' which is open to the level 9 of the weapon. There is a restriction that the choke mount barrel must be installed together with the 'Extended Mags' unconditionally, but it is no exaggeration to say that the MOG 12 is born new from the time of installing the choke mount barrel. 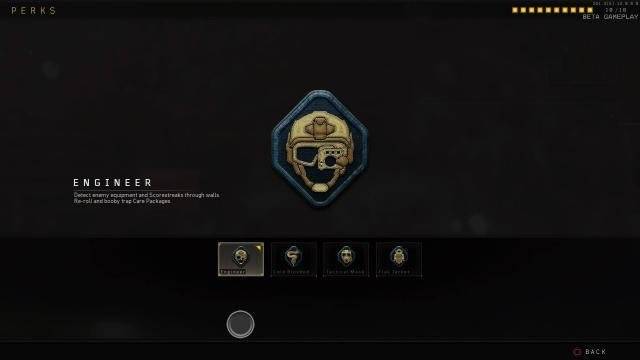 In Perk 1 (blue) recommends either 'Engineer' or 'Tactical Mask'. You can use an engineer if you want to defend your life from the 'Mesh Mine', or 'RC-XD' that are easy to miss close-ups at high speeds. 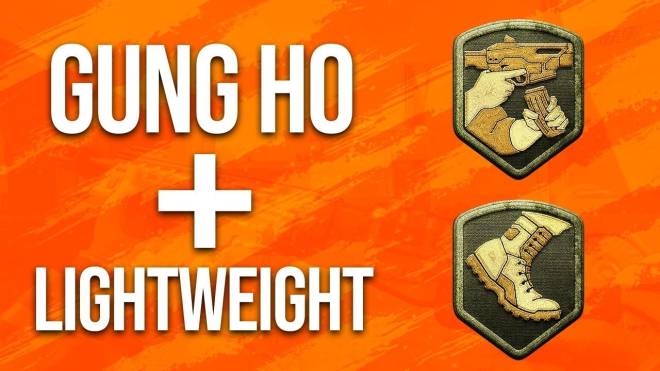 In Perk 2 (Blue) has various options. If you want to increase your maneuverability, 'Lightweight', 'Gung-Ho', 'Dexterity' is a good choice to suit your taste. It is not too bad to use 'Cold Blooded' if you are burdened with enemy equipment.

'Dragon Breath' is an operation mode that can be used when MOG 12 is at maximum level. When equipped, it gives 10 continuous damage per hit to a hit enemy, and the damage continues to be sustained until use. In my own experiments, I did not recover from the state of 80 health remaining immediately after being hit by MOG 12, so the sustained damage did not disappear and eventually it died. On the contrary, as soon as you hit MOG 12, you use the recovery immediately, and the persistent damage has disappeared.   The purpose of the dragon's breath is to finish a dead enemy in a room. Even if you use a choke mount on MOG 12, the enemy may survive with some stamina. If you are equipped with a dragon's breath in this case, the enemy will fall down due to the sustained damage. Sometimes you can face a counterattack of a surviving enemy while holding a room, but you can also face the enemy who falls down with you.   #BO4Weaponguide #BO4Gunsguide       If you want to see more of my gun reviews, check the hashtag and click on the link below:   ========       1. Multiplayer recommended ICR-7 https://moot.us/lounges/9/boards/42/posts/330390 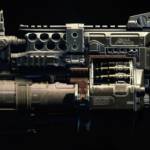 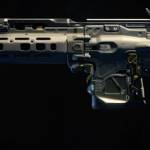 [Guide] VAPR, An assassinable balance protector! #BO4Weaonguide #BO4Guns Assault rifles are the most balanced weapon of all kinds. Because all abilities are evenly distributed, such as damage amount, range, speaker speed, and accuracy, near-, medium-, and long-distance competition is possible. Among them, I think VAPR-XKG (hereinafter "VAPR") if you choose the most balanced weapon. VAPR has a capability similar to the first assault rifle, ICR-7 and is a weapon with increased speed of combustion. So compared to machine-gun firearms, they make up for their weakness in short range. Instead, the reaction grew more than the ICR-7, but the reaction is less than other weapons, making it difficult to see the difference. moot.us
SEARCH Call of Duty POST