What is the mission on Verdansk in Call of Duty: Warzone? 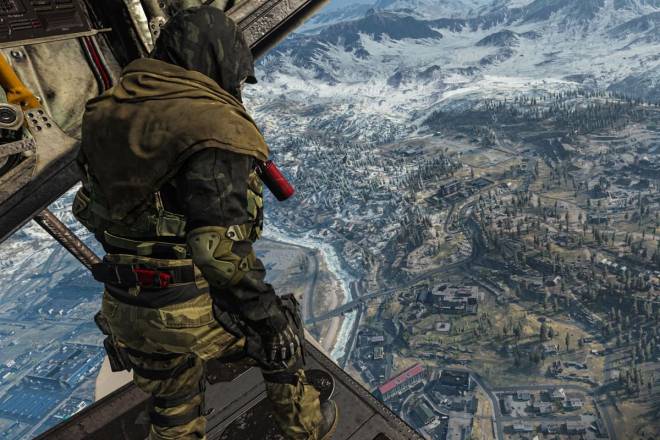 Battle Royale games are an incredibly unique genre. Originally, these games seemed as if they were just multiplayer games, lacking a deeper meaning or sometimes even a basic story. Then, all of a sudden, the genre flipped on its’ head! Now, Battle Royale developers tell us “our game is deep with lore and has an ever unfolding plot.” For some of us, this switch has been jarring, but it is what it is. The question then becomes: "what will drive Warzone's plot?" Well, let's consider some options. Intel collection after a virus   Topical right? Things on Verdansk are awfully ominous. We have nearly untouched cities surrounded by various disaster zone type areas dealing with things like derailed trains and airplanes all over the place. So what’s the deal? The hospitals are all dark for the most part, the ER rooms are messy as hell. We’re being sent in by our fantastically useless dispatcher who decides to tell us we’re getting our ass kicked and not what the hell we are doing here or why we are being gassed after a certain amount of time. It seems the mission is get in and get out. Maybe what we’re getting out with is a video feed of the island. Our dispatcher seems to be watching our every move, so maybe he’s catching a live feed of everything but needs the physical copy of it all before the mission is completed. Maybe this is a long dead island and we’re being sent in to figure out what happened in the world before we got there. Or maybe...

This is a simulation Cliché? Yes? Probable? Also yes! There are so many signs that what we’re experiencing on Verdansk is a simulation. For one, we have our dispatcher, who acts less like this is a serious mission and more like he’s commentating on a pickup game of basketball. Captain smartass who I assume is in charge of this suicide mission also gives seems to be the one in charge of giving us our loadout drops as well. So is he our sponsor a la the Hunger Games? Or is this something else? Is he putting in different items onto the island for his own entertainment? Think about the cash. Why is it there? Why is it in random chests strewn about? Plus, as long as you’ve played Call of Duty (14 years for me) have you ever seen anything as cartoony looking as the pickups in Warzone? I know that it’s just trying to be familiar to Battle Royale fans, but maybe there’s a purpose behind the pickups being all colorful and flashy.   The other thing that seems to confirm this is a simulation is the Gulag. What the hell is going on there? So you die, then you’re captured by…..no clue. Then you fight to end up back in the plane again dropping? I mean…what?

I’ll buy into the self revives and teammate revives, sure that’s standard, but the second lives? That needs to be explained. Is there anything clearer than this is not real than you reviving and transporting back into a plane? I say no, no there is not. 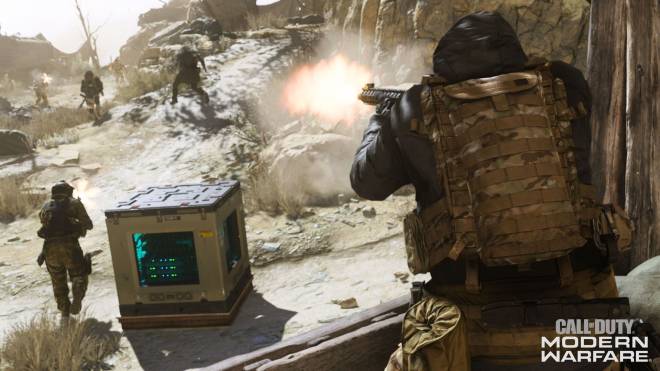 This is enemy territory that has been designated a battleground   So, this gulag, we’re clearly being brought somewhere by someone, so who is it and where are we going? Well, form what I can tell, it seems we are being locked in the Prison Complex located at the bottom left corner of the map. But who is taking us there? Well maybe this is just an island that’s been fully evacuated in order to have a place for a war to be carried out and the people taking us away are from the enemy force. Maybe that means the green gas coming for us is from that same force. But why would they be attacking us if we’re all already fighting each other? Well, what if each team is from a different country or faction? That would actually explain what’s happening, each faction has been sent here to fight for their people in a very Hunger Games like scenario, it would explain why we’re all dropping from the same plane an why we’re all hearing from the same guy. Maybe the dispatcher is in charge of this slaughter and he’s the one triggering the gas, taunting us to try and escape when he knows we likely won’t.   This is Purgatory, the Helicopter is the passage to heaven, the gas is hell.   Stick with me here. A lot on Verdansk is very strange, we’ve got that. Our mission is unclear, our equipment is dog shit, and our only objective is to survive and escape to the other side.

Now who else joins us in this purgatory? Soldiers, just like us in every way. Fighting for the chance to escape on that magical helicopter that rescue us from this place literally becoming hell. That helicopter is rapture for all intents and purposes and it starts to make more sense when you see all the areas presented to us on Verdansk. It seems like an amalgamation of every single thing you can experience on this earth. Giant cities, lush forests, amazing mountain tops, cabins, stadiums, bungalows, tents, military compounds etc. It’s meant to feel like places we’ve been and places we might’ve known. That’s the key to this theory. For a soldier being stuck in a constant state of battle must very well be its’ own form of hell and if you lose the match, that’s where you stay as the green gas takes keeps you in that hell.   Call of Duty: Warzone has become quite the surprise treat for us gamers stuck in quarantine around the world. It’s background, lore and purpose is plenty fun to speculate about and I’m hoping Activision sees this interest and begins to expand upon it because the first REAL feeling Battle Royale deserves it.   So what do you think? Is it a simulation? A war zone? (oh….I didn’t think about that) A contest to see who gets to try the new Ben and Jerry’s Flavor? A bunch of absentee fathers trying to escape paying for child support? Let’s talk about it in the comments below!