Viper Company Who are we? A newly formed discord gaming community that focuses on first person sho

Viper Company Who are we? A newly formed discord gaming community that focuses on first person shooters. How were we founded 5 members with backgrounds in clans dating back to COD4MW. The command committee have all played competitive ladders from game battles and fragged nation to the SEAL League. We are strategist and once within you will be able to see and contribute to that aspect of the community. We have a rank system loosely based on military ranking structure. There is a boot camp of sorts and MARSOC for the competitive side, which requires a try out, and vote by the committee and the squad. We foster a sense of a republic as once members hit a specific rank they have the ability to vote on community and inner squad decisions. One thing that sets us apart, there is not one person making the decisions for the community it is a group effort. Upper COC ranks are decided by committee, and officer votes, we are grassroots and open door policy friendly. No officer within this community will be condescending to any member the ranks are not in place to get a yes sir no sir response. We are all mature adults, we also understand work, life, and gameplay balance. Real life comes first. The casual side of the community has no required practices, however the competitive side will have requirements. We have a graphics design division and an architect side for discord construction/enhancement. Ranks are given based upon engagement and contribution to the community or gameplay ability. Ranks with in the squad are there because as a squad having a gameplan to how to handle an engagement is better than running a one man modded army. FTL’s and Assistant FTL's are in place rules of engagement are to be followed when in the competitive squads.Requirements: Must be 18+ years old Must agree to the code of conduct Must have a mic and communicate! Must not be in multiple clans Must be willing to share ideas for betterment of the community Must not utilize mods or cheat in any way shape or form. Must be receptive to, and give constructive criticism within the competitive division. No poaching other members https://discord.gg/wEr3DcEh 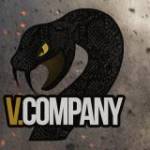