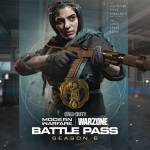 Ok so last week we saw the reveal trailer with Farah and Nikolai and today we got the official trailer. Some visible things are the new weapons, Haunting Verdansk(warzone night mode), and other new skins and locations. Road map: 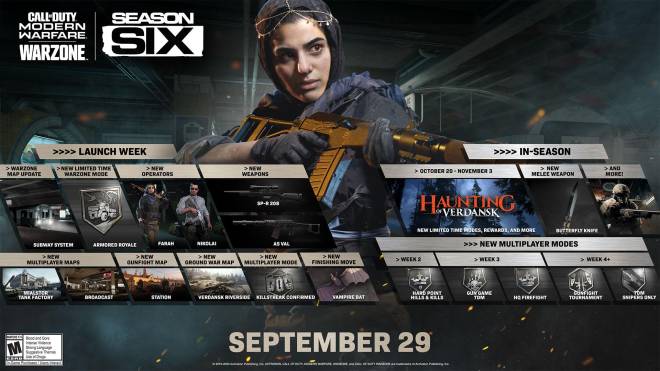 So abviously we have the new game modes and maps here but 2 things caught my eye hear, 1 that badass lookin ghost skin with military vests head gear exc. 2 was, well...hehehehhehe.....since its the Halloween season *tries to hold in laughter🤭* A FUCKING VAMPIRE BAT FINISHER IN THE BATTLE PASS🤣😂. I mean we thought the fucking raven finisher was crazy but, 🤣😂, a fucking bat! Characters: So abviously the battlepass holds Farah and Nikolai and other skins, i think one was a gaz skin from the article I have the link to in this post, there was bale, and minotaur and thats all I could remember. But we also seem to have Griggs as a store operator. First we heard him in the trailer and now we have this picture with him. Instead of his Modern Warfare (2019) style it looks like the og mw (Cod 4) style. He also seems to be holding a new gun. It looks to be a shotgun which will be released in season 6 reloaded. Its looks like a ksg 12, but could also be the rumored acs12 automatic shotgun. Well thats all for now the season launches tomorrow make sure to look at that article that i have in this post and find out more about the season.😉