Epic Games has just released a new blog post to officially announce the upcoming 'Share The Love' event for Battle Royale. From February 8 through February 27, players can earn a number of rewards through completing challenges and supporting creators. While the challenges won't be here until next week with v7.40, starting tomorrow players can support their favourite creators to be eligible to receive a new 'Cuddle Team' wrap for free. Here's the entire post so you don't miss anything: SUPPORT-A-CREATOR REWARD Players who currently support a Creator or enter a Creator Code between February 8 - 22 will receive the free Cuddle Hearts Wrap. You’ll receive the item wrap when the v7.40 update releases. Don’t worry, we’re keeping track. Jump into Fortnite and share the love with your favorite Creator! BR07_Social_ShareTheLove_SAC_Wraps-(1).jpg OVERTIME CHALLENGES & REWARDS Did you complete your 10 weekly Challenges and are looking for more? We have you covered! Starting with the v7.40 release, all players will have access to new, additional Overtime Challenges. Complete these Challenges by the end of the Season to unlock 5 new rewards including the Valentine Wrap and Vines Contrail. And for Battle Pass owners, the Overtime Challenge rewards will include new unlockable styles for the Trog, Powder, and Onesie outfits. BR07_Social_ShareTheLove_OvertimeChallenge_Skins.jpg DOUBLE XP WEEKENDS All players will receive double XP during the weekends of February 15-17 and 22-24. Level up your Battle Pass before the season ends! FEATURED ISLAND FRENZY We’re celebrating the brilliance of our community creators with a rotating set of featured islands, appearing in Fortnite Creative... Every. Single. Day. The Featured Island Frenzy will start on February 12 and end on February 22. Show your support by jumping into Creative each day and playing with friends. COMPETITIVE Announcing the “Share the Love” Competitive Series. We will run several placement matches on the weekend of February 9 and 10, placing top performers directly into the higher divisions based on their performance. Some new features in the tournament system will be used during the “Share the Love” Competitive Series with more unlocking with the v7.40 update. Competition will be split across four separate divisions which will run simultaneously each day: [Open Division] --> [Prospect Division] --> [Contender Division] --> [Champion Division] Players will unlock the next division by earning a pin during any daily session. Players who manage to earn a pin during a Champion Division session will unlock access to the Champion Division Finals to take place February 23 and 24. Look out for special sprays related to the “Share the Love” Competitive Series for each division of the competition! BR07_News_Thumbnail_ShareTheLoveSeries.jpg SHARE THE LOVE This event is all about you and your squad, enjoy it! The #ShareTheLove event ends on February 27, right before the arrival of Season 8. 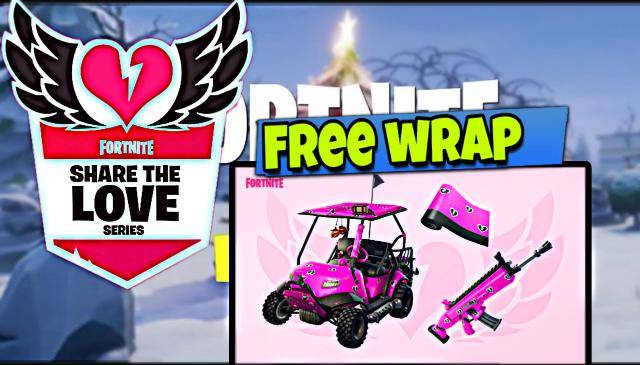