Why I Think Fortnite is Dying

Soooo...I’ve just been thinking back on the days when I first started playing fortnite. New skins, new places on the map, an interesting storyline, new weapons, and just overall creativity are what I remember. Yes, Epic has added some new places on the map, Happy Hamlet, Polar Peak, etc. the best of which I think is The Block. I just feel like they’ve been slacking off. The places (other than the block) aren’t anything super creative or new. Happy Hamlet is just another town and Polar Peak is basically just the Haunted Hills Castle. I’d like to see maybe an abandoned theme park with rollercoasters and a Ferris wheel, or a new like high tech futuristic city, idk just something different than a town or a castle. The block is the only good addition to the map in a long time in my opinion. Next, I want to talk about the skins....😬 Yes, I like having a male and female version of the skins but I feel like it’s just copying one skin to make money off of another only slightly different one. Not to mention how they made THREE versions of the “disco people”, Sparkle Specialist and Funk Ops were the original male and female version of this concept and the recent addition of Disco Diva makes it three. Don’t get me wrong I like all three of these skins I just think it blatantly points to how Epic is growing lazy. 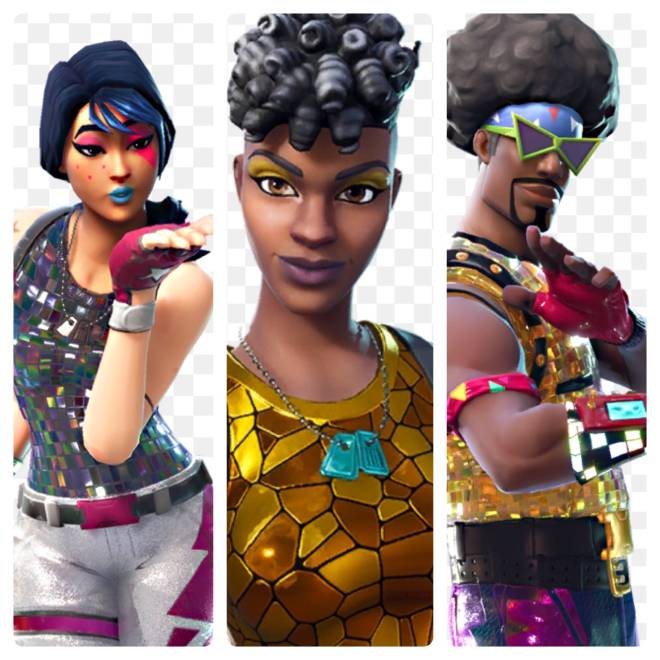 Ok moving on to the whole “storyline” thing. I know I’ve mentioned this before in either a post or comments, but I reeeaallly miss the storyline fortnite used to have. I remember unlocking the loading screens and piecing together the story of how the rocket was going to launch and then getting to watch it with other players and how it left the huge crack in the sky and how we all thought something was come of it buuut besides the cube nothing special has happened since (and the whole cube situation was a little lame to me) anyways you guys may not miss this part of the game but I sure do. Ok this is a long post but my last thought is on the weapons being added/vaulted in the game. First of all I miss the drum gun, in my opinion, I don’t think it had to be vaulted, it was a fairly common weapon so if you had one most likely an opponent had the chance to grab one also. I also miss the tactical smg, suppressed smg, and the revolver (don’t freak out I liked the revolver, ok?😂). Along with those weapons being taken out of the game I also have been disappointed by the weapons added in. Do we really need a quad launcher, rocket launcher, grenade launcher, grenades, dynamite, and a “boombox”, I feel like I’m forgetting some type of explosive but anyways, it’s a lot of them and I feel like especially the quad launcher and the boombox are unnecessary. (And if you’d like to see my thoughts on the addition of planes I made a post for that) I’d love to see a type of healing gun (don’t hate me Seige players) or maybe an update to shotguns instead of focusing on making a boombox😂. Over all the reason I think Fortnite is dying is because of the lack of creativity I’ve been seeing from Epic lately. I love fortnite and I think it’s a great game, I just think Epic could do a better job of keeping it alive. Anyways thanks for reading if you made it this far, love you guys and have a GREAT day!🎉💜 EDIT: ahhhh I’m so sorry to GreeenMT, I didn’t realize he had posted something very similar before I did, please go check out his post it’s a good one and he deserves the creds