What it's like to return to Fortnite after 3 years.

Three years ago, there was this free to play game that appeared on the Playstation store called Fortnite. Now, I had heard of PUBG and played a little bit, so I knew about the Battle Royal genre, but Fortnite had a little something different. I’m not sure if it was the aesthetic or the ability to build your own structures, but it felt like it was creating its’ own sub-genre. A friend and I became pretty addicted to it during fall of 2017, but then it was clear we were playing what amounted to an early access game, and the magic soon disappeared. I occasionally dipped in for a game or two after that, until I got tired of the game loop all together. Shortly after that to my complete surprise, Fortnite took over the world. 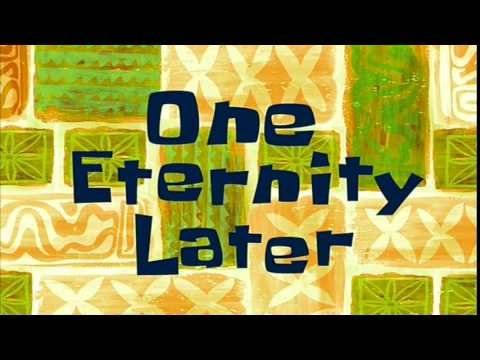 I sit ready to dive back in, intimidated at what this monstrous phenomenon has become in my absence. The first thing I notice is this elaborate intro video with several characters I’ve never seen before and something resembling a plot. Right away, things feels odd. So I get through the cinematic and I see the new main menu and is that….Deadpool? Wow, things have certainly changed a bit. So I try to avoid the avalanche of different icons telling me to buy a battle pass or anything paid DLC related because every time a person buys DLC, Satan gets a new hat, and I get to the menu to find a game. Ah, familiarity. Here we go. 1 vs 100 for the first time in three years, this should go well. 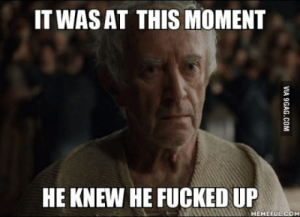 Alright, we're back on the Battlebus, ready to deploy and…. 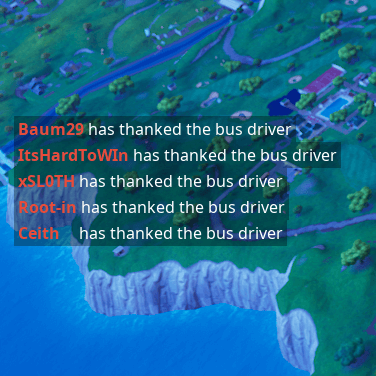 Thank the Bus Driver? How? I fumbled with my controller for a solid minute trying to figure out how and when I finally did, nothing happens…Okay then. So I launch of the bus as usual and…. 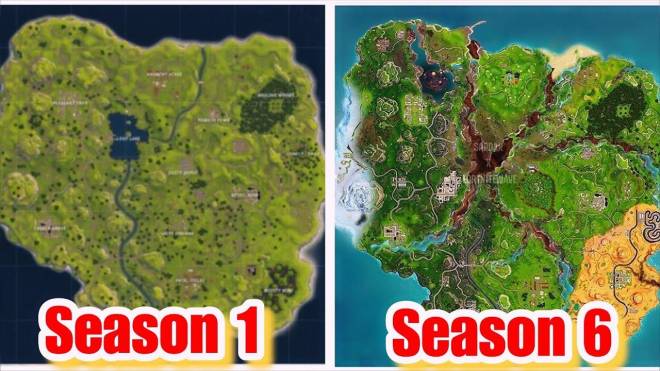 Okay then. This map is slightly more detailed then I remember. Nothing too out of the ordinary though. Let’s land at this gigantic stone structure in the middle of the lake. 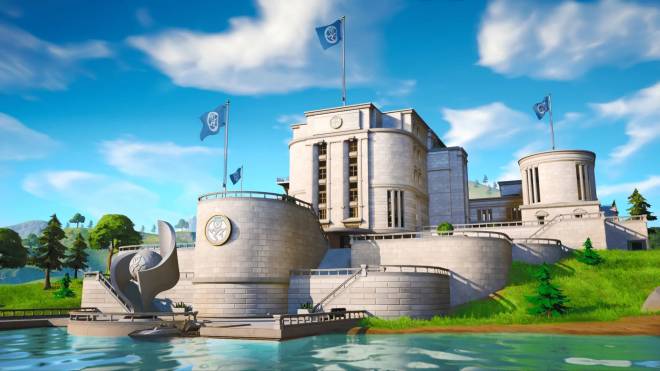 This looks safe... So I take a walk around to see what I can find and I see somebody wandering the Island, I had picked up a pistol and I had the drop on him. So I fire off a few head shots and some exclamation points appear from his head…that’s odd. He drops to the ground and I realize this isn’t a player at all. 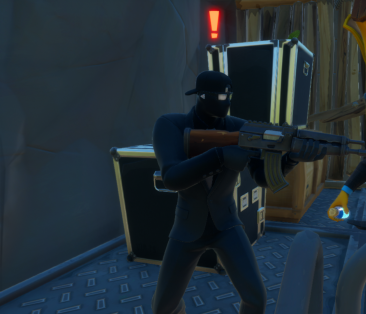 This is a…computer controlled enemy? When this game came out Battle Royale mode meant everyone involved is another player, so this is a twist. So I approach his downed body and I get the option to shake him down or carry him. I choose the shake down and he gives me an Ipad, cool.

I seem to be the only one at this structure, so I decide to explore. I get inside and instantly I get absolutely lit up by an automated turret. Another thing that didn't exist in Fortnite 2017. I’ve got about 20 health at this point, no idea where I am or what I should be doing and I see a security scan, I get scanned and denied, about 3 henchmen appear out of nowhere and start shooting at me. This is so far from the Fortnite I’ve played, that I need to rethink everything I thought I knew about the game. I manage to get out of the Agency and I’m swimming away from the Island when this occurs. 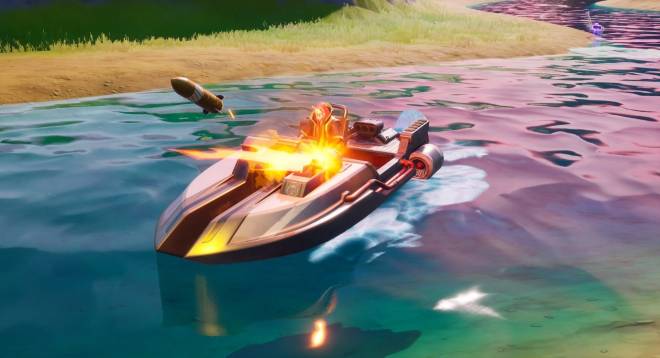 A god damn speed boat comes flying out of nowhere and launches a missile at me. Game over, enjoy the queue for the next game! Oh, it quickly gives you the option to hop into the next match? Quite the improvement from 2017 where you had to manually exit a game once you died unless you liked watching other players, good on you Epic Games.   I join in another game with absolutely no desire to go anywhere near the Agency again. I instead go for the comfort of the farm, looks a bit different but I at least know where to find weapons here. I get lucky and pick up a bazooka. Now we’re talking. I see some hapless soul wandering and I line him up in my sights and fire away. Something is wrong. The Bazooka seems to have shot a…bandage. A healing Bazooka.

So after realizing I wasn’t hallucinating, I look at the weapon description and lo and behold 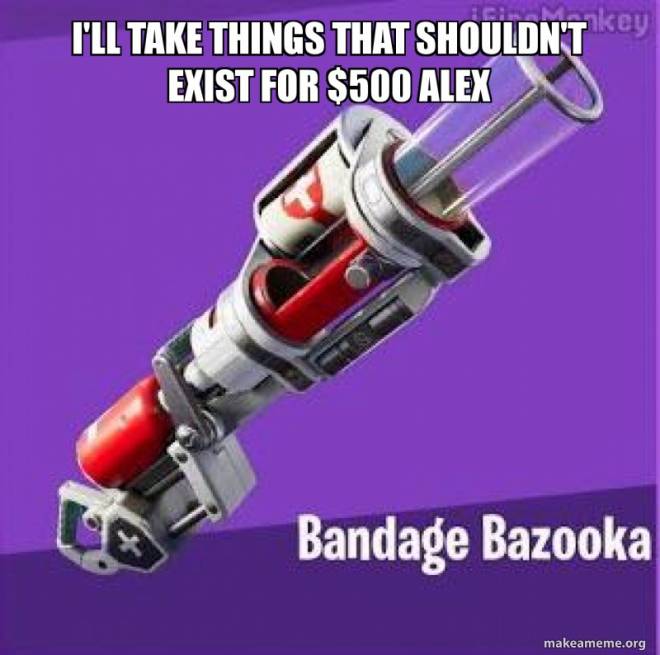 I mean.... why. Anyway, I need an actual weapon to get anything done here, so I wander around for a little while searching and I come across a cardboard box that I can equip. Metal Gear Fortnite activate. 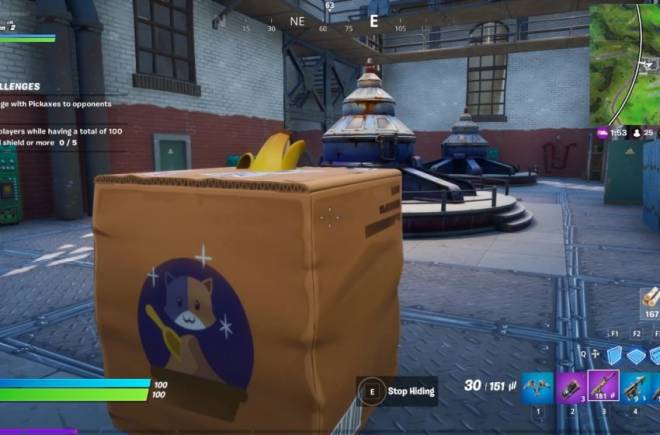 So I start wandering around like a jackass in this box until I finally come across some weapons. Machine guns, shotguns, familiar fair in Fortnite. Then a man dressed as a banana wearing sunglasses armed with a mini-gun unleashes hell and I die in three seconds. 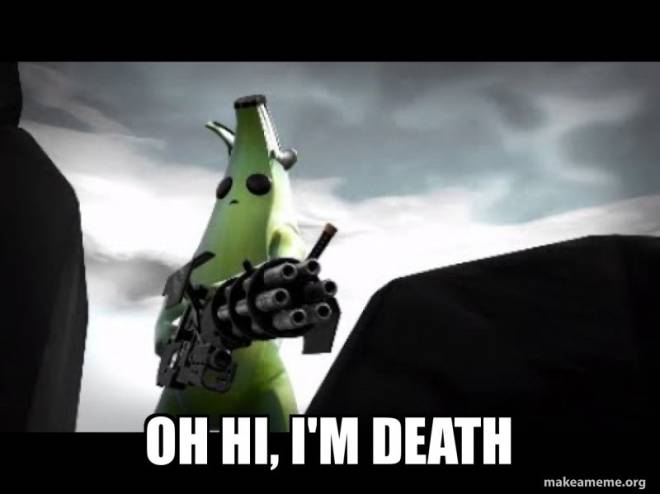 Okay, last try. Here we go. I start off pretty strong and rack up a few early kills and then I see John Wick wandering around near a river. Oh, good. 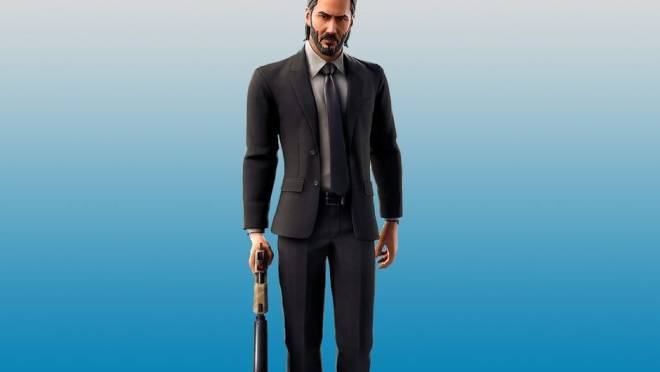 Yes, that's literally John Wick. At this point I’m just trying to survive so I’m not even moving in his general direction, god knows what special hell he had in store for me. I avoid him like the plague and head towards the center of the storm to try and find a good hiding spot. I find a nice little cabin and fortify it would some brick walls, I’m sitting pretty. At least that’s what I assumed, because not a minute later this nightmare bursts through my barricade with a shotgun. 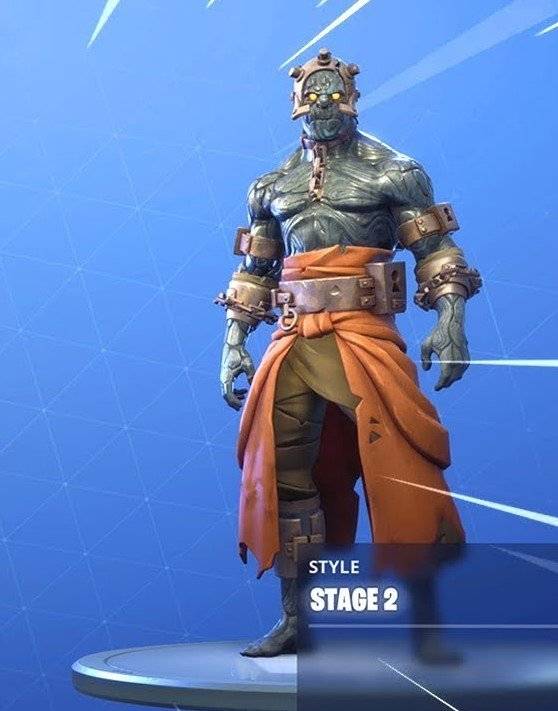 Yeah, nope. The general startling nature of captain skinless glowy eyes made me fumble with my weapons and I was blasted into next week. I finished 16th though! Not bad? Gold, silver, bronze… what’s the material of the wrapping paper Hanukkah gelt is made of? That’s the medal I won.   So what did I learn jumping back in? Well, I learned Epic Games sure didn’t slack on supporting their baby. This thing is upgraded head to toe and it feels like a near new experience. I learned that I should read up online before jumping into a game after three years, because a banana driving a motorboat might shoot a missile at you. Also, I learned I still suck at Fortnite.