Which Fort Collab Do You Think Is Next Up ? 🤔

Fortnite have collaborated with various organizations , brands and even TV Series so I can only imagine what’ll be next ! With it being a whole new Chapter of Fortnite I bet that some BIG collaborations are in the works. Are there any that you’re anticipating and what do you think the collab would consist of ?

Which Collab Do You Think Is More Likely ? 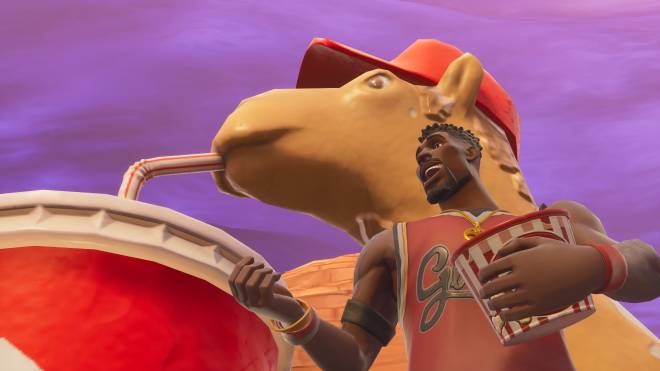 They could also add various basketball courts around the map and even makeshift baskets to use for challenges and even new mechanics to play basketball. The rewards could be a Championship Trophy Backbling , an emote that flexes a Championship Ring , an emote similar to the “ Team _______ “ ones but with NBA teams of course or maybe even a new Hat cosmetic with an NBA Team that you could add to any skin. What ya think about that idea ?➖➖➖➖➖➖➖➖➖➖➖➖➖➖➖➖➖➖Post inspired by :

Steaming stacks Easter egg if you go in to the control room there are pink doughnuts Could we be seeing a Simpson cross over 🤔 moot.us