*Please Note, This Is Yesterdays Fortbyte, I did Take A 24 Hour Break Off Of Moot And I Will Be Off For Another 7 Days Coming Up Shortly* ‘Fortnite’ Fortbyte #76 Location: Found Behind A Historical Diorama In An Insurance Building Fortnite has just had another Fortbyte go live, this time #76, which is found behind a historical diorama in an insurance building. If that insurance building sounds familiar, that’s because it’s the immortal building in Fortnite‘s Tilted Towers, built on the former cursed spot where everything was destroyed. But last season, it avoided not only destruction by a rune, but also by a volcano, and now, it’s essentially the only building that has survived the transition to Neo Tilted, and it’s still in the same spot it was before. What you’re looking for is a diorama on the first floor of the building. Not street level, which is a parking garage, but the first floor when you walk up the outer stairs. Then you turn to your right and you will see the historical diorama. The diorama details all the plagues that have befallen Tilted over the years, from the meteor strikes to Kevin the Cube to the volcano eruption. The piece you are looking for is actually hidden behind the volcano, so you should hack that down to find it, and voila, there’s Fortbyte #76 for you. The problem? This is a hottttt drop zone. I mean, it’s Titled, so it’s always hot, but when I landed here this morning there were probably no less than ten people in this building, some there for the piece, others there just to kill everyone. I did manage to get the piece but I did…not escape with my life. That’s the downside of standing still to take screenshots for guides, I suppose. If you can live through this, you can go loot the rest of Tilted and try to have a normal game. But if you’re just there for the piece, here’s a map of exactly where the location is: 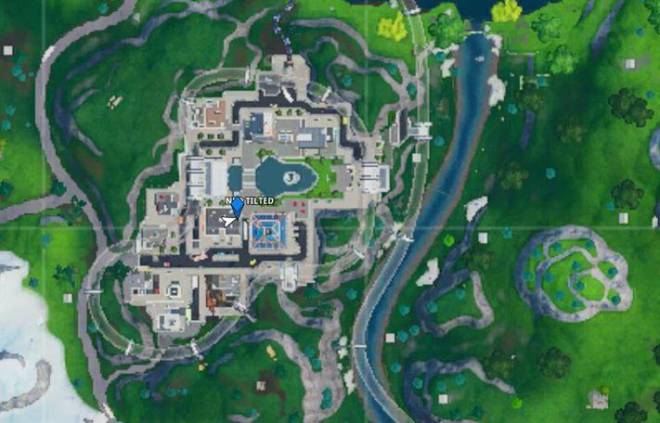 FortniteEPIC This will definitely be one of the more challenging pieces just through sheer combat alone, so you may want to wait on this one so it’s not day one and it’s not this much of a mad house. But it’s up to you, and once you know where it is, it should be pretty straightforward to run behind that volcano and get it. #Fortbyte

Was This Guide Helpful? 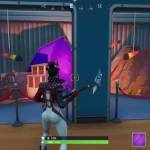