‘Fortnite’ Fortbyte #80 Location: Where To Smash The Rock At The Highest Point Of The Volcano Rim 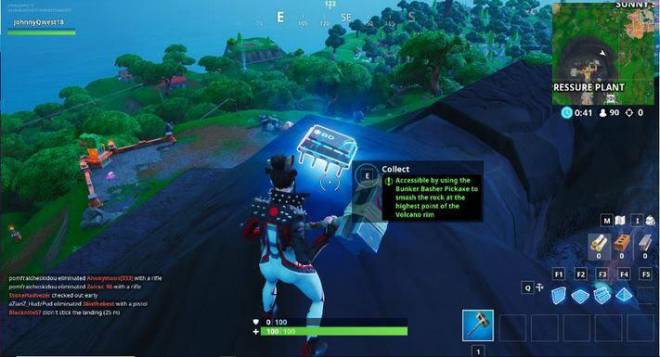 Today marks the arrival of another Fortbyte in Fortnite, and this one is one of the most specific requests yet. Fortbyte #80 asks you to achieve a somewhat convoluted task, saying that the piece is accessible by using the Bunker Buster Pickaxe to smash the rock at the highest point of the volcano rim. That’s such a long demand that I couldn’t even fit it in the headline. Some of these challenges have required specific skins, but this one now requires a specific pickaxe, namely the one that goes with Bunker Jonesy. The Bunker Buster Pickaxe is actually at tier 38 on the free side of the Fortnite seasonal battle pass. We are now four weeks into the season, but if you have not had a ton of time to play, you might not be there yet. But you do have all season to get these Fortbytes, so you do have plenty of time still, and I wouldn’t worry about buying tiers just to do this today. So, where is this rock you have to smash once you have the Bunker Buster in hand? You are going to want to dive down to the north east part of the rim, far above the new Pressure Plant, as this has nothing to do with that zone. After the eruption, this spot is where the highest point of the rim sits, and once you get there, you will see an indestructible rock. 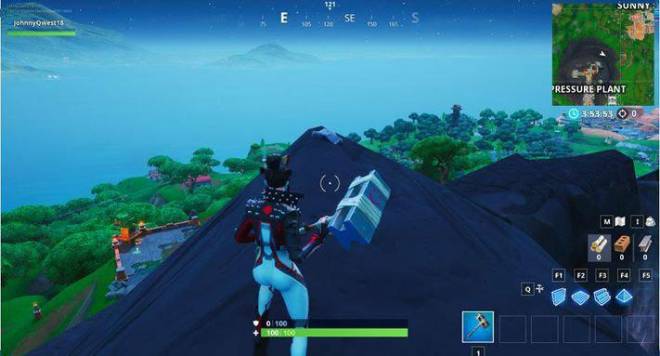 But the rock is destructible by your Bunker Buster, so you can hack away at it, and when you do, this is where the Fortbyte piece will be. Here’s exactly where this on a map: 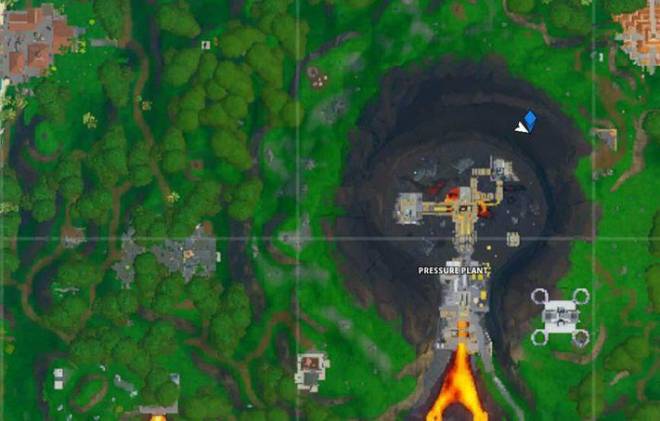 You may run into some trouble with a zillion other people landing in this spot. If someone else hacks through the rock first, I don’t believe that affects you, as each player has their own instance of rock, I think. I was able to get it without a problem. But after that, everyone starts trying to hack each other to death, because of course they are. Ultimately, this was a pretty cool thing to find, and not all that hard so long as you’re at Tier 38 in the pass. After getting it, head on down to the Pressure Plant for some actual loot, and trying to make a real game out of it. See you out there. #Fortbyte Source: https://www.google.com/amp/s/www.forbes.com/sites/paultassi/2019/06/02/fortnite-fortbyte-80-location-where-to-smash-the-rock-at-the-highest-point-of-the-volcano-rim/amp/