'Fortnite' Fortbyte #26 Location: Accessible With The Bunker Jonesy Outfit Near A Snowy Bunker 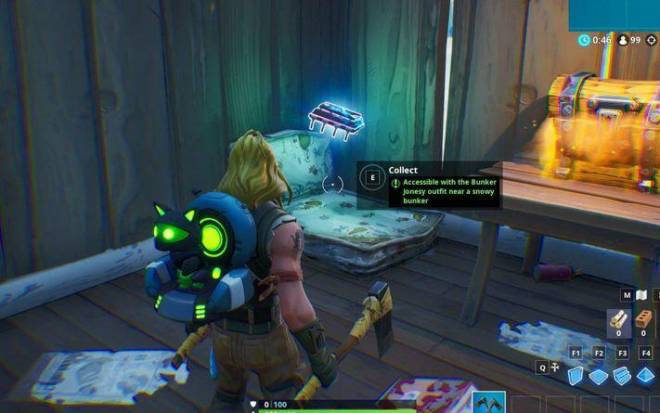 From what I can tell, this does not seem to be the bunker. You know the one I mean: the one to which Jonesy and Peely fled when the volcano erupted, where they celebrated and partied for a while before things took a turn. This is just sort of a bunker, because I guess Bunker Jonesy just kind of has an affinity for bunkers at this point. Regardless, it’s another day and another Fortbyte at this point, slowly filling in our picture as well as filling the map up with little microchips for us to discover. Read on for a map, guide and location for where to find Fortnite’s Fortbyte #26: Accessible by Bunker Jonesy near a snow bunker. To start with, we’re obviously going to the snow biome, but not to a part of it we visit very often. We’re going way down south to a small island inaccessible through any means save building and gliding. Here’s where it is: This means that both of the icy islands down there now have Fortbytes on them: the smaller one to the left had one of the first Fortbytes, accessible by Sentinel on a Frozen Island. Here’s what the place looks like from the sky: 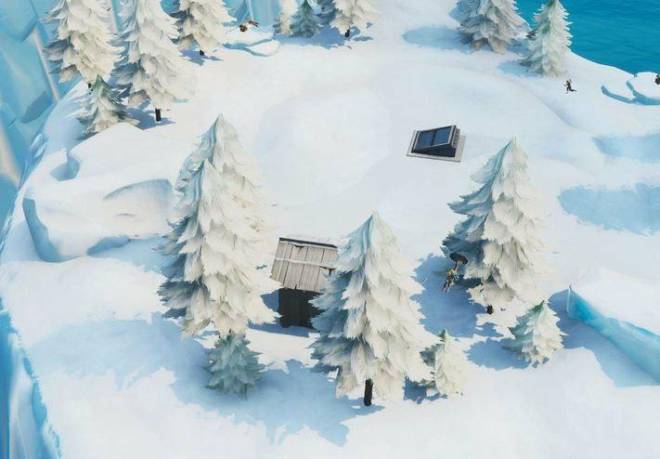 When you’re on the island, you’re not going near the bunker itself. Instead, head into that little shack nearby, and you’ll be able to see the Fortbyte in the curl of the mattress, not unlike the one in Junk Junction from a little while ago. If you’re lucky, you’ll encounter a weird scrum of Bunker Jonesi whacking each other with pickaxes. I didn’t make it out of mine alive, but I did manage to get the Fortbyte. This bunker actually has a bit of history: it was unveiled when players beat down an iceberg with a collective pool of health, the first such technical test that eventually resurfaced in both the dig sites and the unvaulting from Season 9. Will we see a similar thing with some sort of giant monster emerging from Polar Peak? Only time will tell, and maybe not all that much. Regardless, there’s your Fortbyte, so keep on hunting. #Fortbyte Source: https://www.google.com/amp/s/www.forbes.com/sites/davidthier/2019/06/01/fortnite-fortbyte-26-location-accessible-with-the-bunker-jonesy-outfit-near-a-snowy-bunker/amp 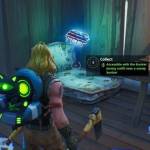 was This Guide Helpful?