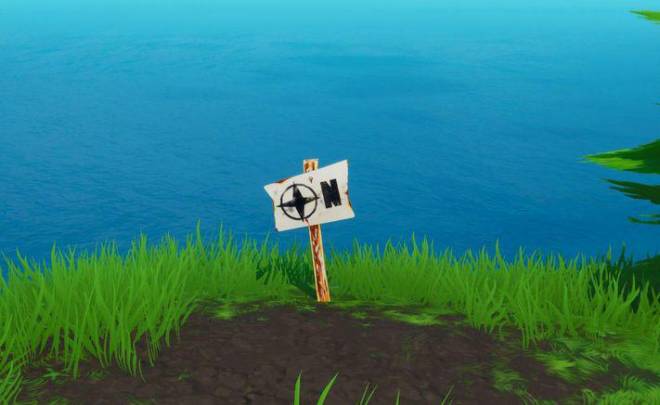 Time for another Fortbyte! Like clockwork now that we’re fully into Season 9, a little daily ritual of exploring the Fortnite map. Yesterday saw us at a track-side taco shop, visiting one of the older unnamed points of interest on the map, albeit one that saw a significant revamp in Season 5. This one requires you to have gotten a little more into the battle pass than some previous ones: we’ve had to use battle pass items before, but they’ve all been from pretty early on. Read on for a map, guide and location for Fortbyte #32: “accessible by wearing Kyo Pet back bling at the northernmost point”. First off, we’ll want to know where we’re going. The northernmost point was used in a Season 8 challenge that had players visiting the directional extremes of the map, and it’s not that hard to figure out on you’re own: just look at the map and try to see what part sticks up the most. You’re heading to the northwestern part of the map, due north from the TV studio east of Junk Junction. Here’s what it looks like on the map: 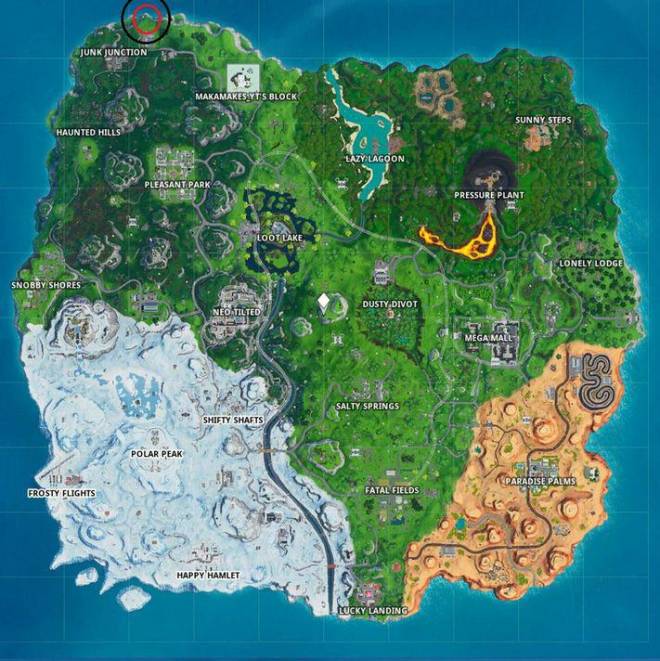 Once down there, you will of course need the Kyo Pet back bling, which you get from Tier 28 of the battle pass. I like this little fellow: I tend to like things that can give you some strong contrast with the game’s more serious skins, and I’ve taken to using Kyo with an all-black Blackheart skin for a little pop of color. The objectively best pet is always going to be the gingerbread man, but this one is pretty excellent as well. The northernmost point is marked by a little sign, so it’s hard to miss. The Fortbyte is in a little rock formation to the left, and here’s what it looks like on the ground: 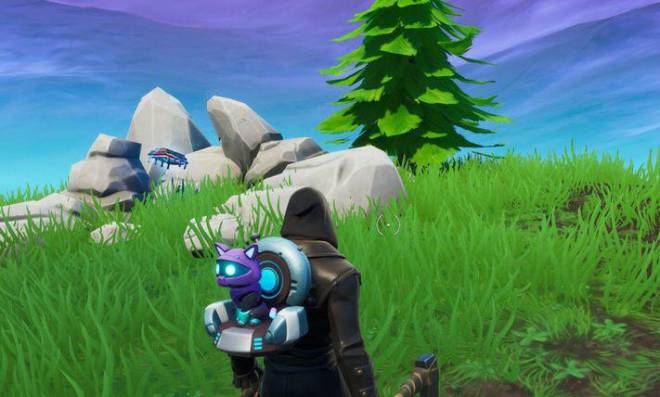 So long as you’re wearing the Kyo Pet back bling, this will unlock right away and give you one more Fortbyte. This isn’t a bad area of the map from which to start a match, either: there’s plenty of loot and it’s usually fairly depopulated. Also, you’ve got access to a quadcrasher and driftboard for when you want to zip on down to the circle, which is admittedly usually pretty far away. #Fortbyte Source: https://www.forbes.com/sites/davidthier/2019/05/26/fortnite-fortbyte-32-location-accessible-by-wearing-kyo-pet-back-bling-at-the-northernmost-point/#5edac3c3ba2a 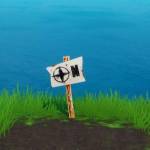