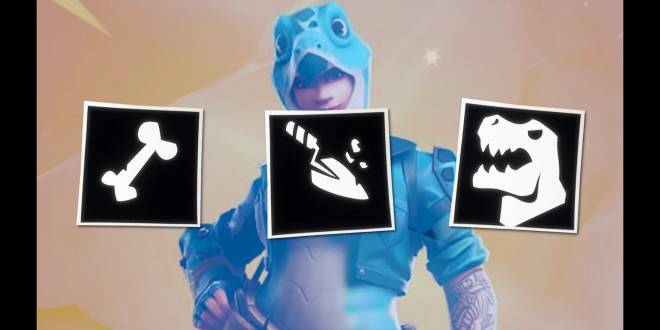 Originally, we thought dragons were in polar peak, but more and more evidence points towards dinosaurs to contrast with the futuristic theme. I have numerous photos that I'll be describing. First, we have the new save the world dinosaur skin along with Rex being in the item shop a little bit ago. In addition, we have dinosaur related banners. On the map, we have the dinosaur park next to paradise. At polar peak, these bones are visible, and a leaked image of the egg is also shown. The story is that it has hatched and has been growing in the years between season 8 and 9. In addition, the fortnite world has had a dinosaur footprint that has never been explained. All of this evidence leads us to believe dinosaurs are among us. 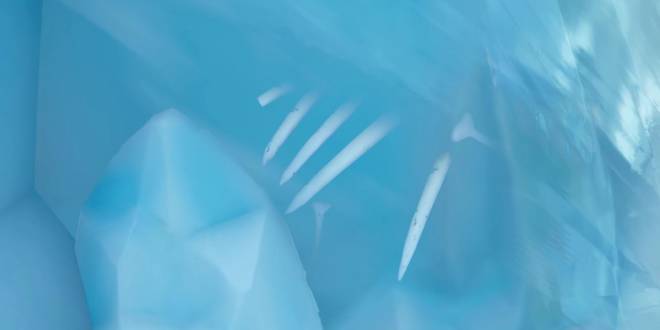 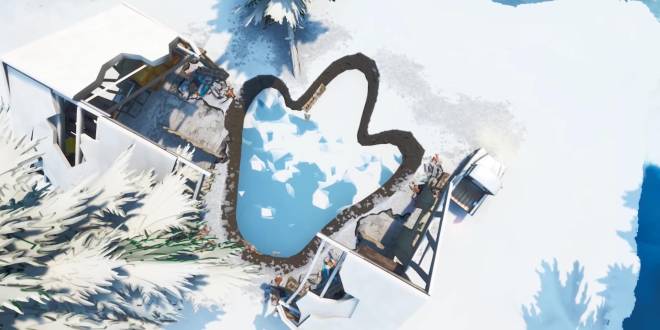 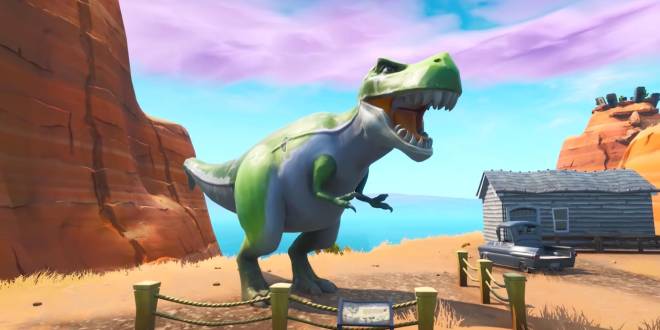 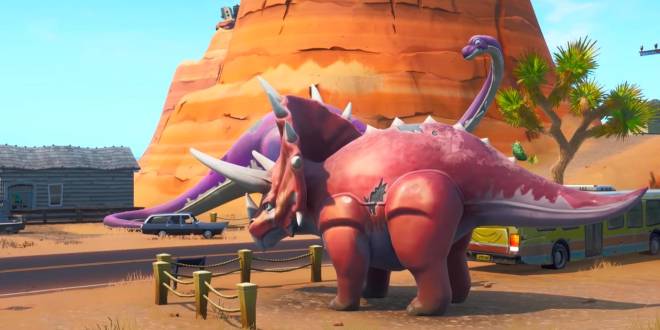 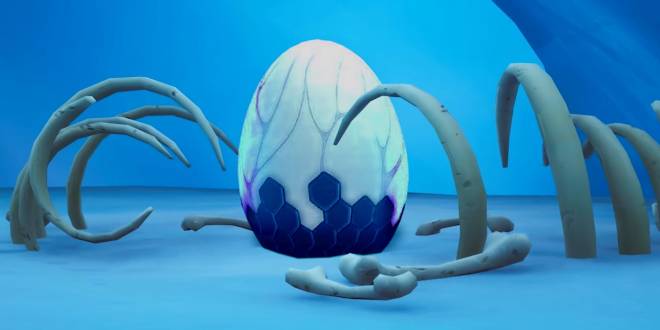