I'm sure by now most of you have heard about the drama between Tfue and FaZe Clan. Tfue claims that his contract was so bad that it should be illegal, and that under the terms of the contract FaZe can take up to 80% of his earnings. FaZe Clan denies these allegations, saying that they have only taken 20% of his earnings. Recently Tfue's contract was leaked, which shows that for varying things, FaZe Clan and Tfue split revenue either 20/80, 50/50, or 80/20, depending on what it is. Now that we got all the details out of the way, let's see what will happen with this lawsuit. 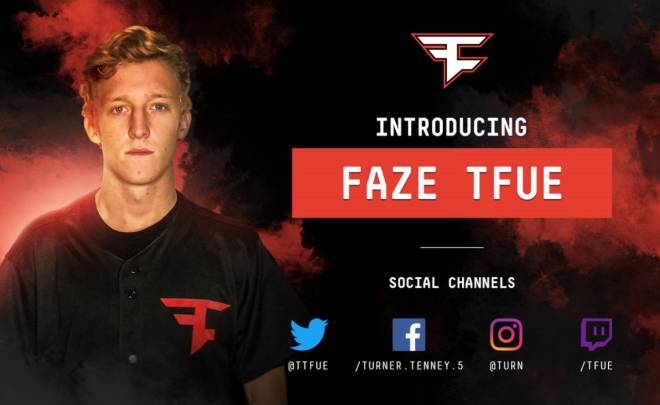 The simple fact of the matter is that Tfue signed a legally binding contract. Although some parts of the contract may not be recognized by the court that doesn't mean that the entire contract is void. The main aspect of the contract that the courts are likely to throw out is what's called a "non-compete clause." A non-complete cause means that if Tfue and FaZe were to part ways, Tfue would not be able to work as a professional gamer for 6 months. There is well established precedent in California courts that non-complete causes like this are illegal, so this will almost certainly be thrown out.   Now we get into the tricky stuff. For most activities, the contract states that FaZe Clan is eligible for 50% of Tfue's earnings. FaZe claims they have only taken 20%. Just because FaZe has only taken 20% so far doesn't mean that they can't later come to claim the remaining 30%. This is what Tfue's legal team will be trying to prevent. In other words, Tfue is sitting on all the money he's earned; this legal battle isn't to get money back that FaZe has taken, it's to prevent FaZe from taking any money in the first place.   Here's where things get tricky. Recent reports have come out saying that FaZe offered Tfue a better contract with "a 7-figure salary and 0% commission for anything." This means they offered Tfue a minimum of $1 MILLION per year AND allowed Tfue to keep 100% of his earning. Tfue declined the contract.   That seems like the dream contract for a professional gamer, so why would Tfue decline a contract like that? Well, if the rumors are to be believed, it turns out that Tfue is trying to start his own esports organization. If these claims are true, this will not bode well for Tfue in court. It makes it clear that he has no issues with the terms of his contract, but rather with the length of his contract (3 years). He wants to capitalize on his popularity while its at an all time high because he knows that he would be able to attract many big name gamers to his organization. If these rumors are true, the courts are gonna have none of it. Contracts exist for a specified period for a reason.   You can think about this with conventional sports like UFC. If a fighter is under contract it doesn't mean they have to fight, it simply means that they can't fight for a different organization until they have fulfilled their contractual obligations to the UFC. Tfue's situation will be very similar. He doesn't have to stream and advertise FaZe Clan, but until he has fulfilled his contractual obligations (3 years) he can't start streaming and advertising a different, competing organization.   I hope this clears up some of the Tfue situation and gives some insight into what is likely to happen. I know this was pretty long post and I tried to minimize any legal jargon but feel free to let me know if you have any questions or if there's anything I can explain better. Let me know down below what you think of this whole crazy situation! #Tfue