Fortnite’s new Fortbye today, #41, is an interesting one, as it is essentially using you as a vehicle to trash talk in the ever-present Durrr Burger/Pizza Pit rivalry in the game. The challenge says that the Fortbyte is accessing by using the Tomatohead Emoticon inside the Durrr Burger restaurant. The Tomatohead Emoticon (I honestly forgot emoticons were even a thing) is just at tier 3 of this season’s paid Fortnite battle pass, so you should almost certainly have it by now. You equip it like you would an emote and then head to a game. Playground will not work for this and will not even get the Fortbyte to appear. You are looking for the newly revamped super Durrr Burger, which is now the tallest building in Neo Tilted, complete with holographic mascot. It’s pretty hard to miss. But after this, the challenge gets a little tricky. You can’t just use the emote anywhere in the store, you have to go to one specific place which will unlock the Fortbyte. 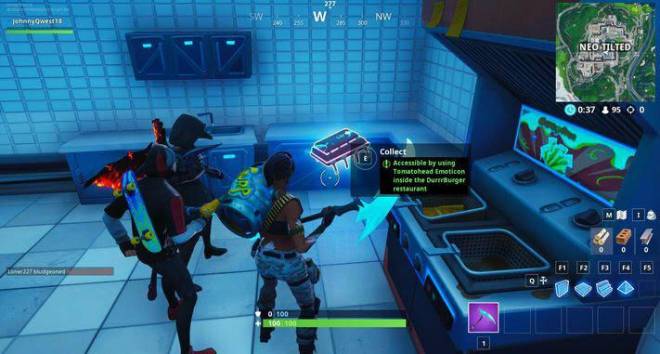 When you go inside the main entrance, if you hop over the counter, and make your way to the back right of the kitchen, you will see a counter and a fryer and the hologram of where Fortbyte #42 will be. You use the emote right in front of it and then it will appear so you can collect it. I did this with about five other people at the exact same time and everyone was cool about letting us collect it and we all had a little dance party afterward. In about twenty seconds someone came and murdered us all, however, because of course that would happen. 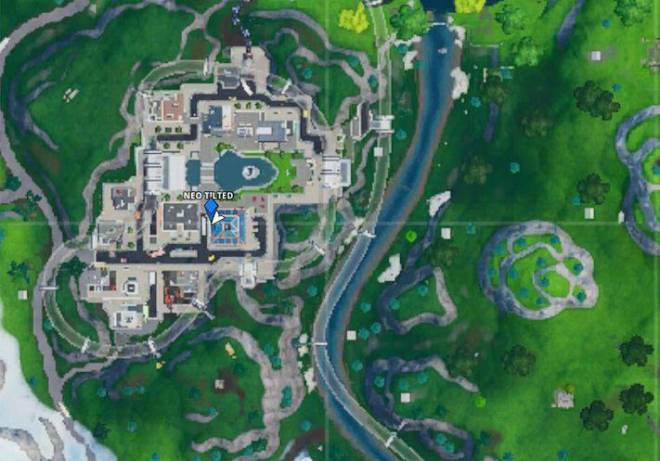 This is probably one of the easier Fortbytes to get because it doesn’t require a ton of exploration and it’s inside literally the biggest building on the map outside of the castle. I wonder if we are going to be asked use a Durrr Burger emoticon inside Pizza Pit down the road, as that now seems likely. Can’t these two ever just work things out. So far that does not appear to be the case. See you out there, I am missing a few pieces from the last few days, so I’m off to go collect those and try to catch up. #Fortbyte Source: https://www.google.com/amp/s/www.forbes.com/sites/paultassi/2019/05/24/fortnite-fortbyte-41-location-accessible-by-using-the-tomatohead-emoticon-inside-durrr-burger/amp/