'Fortnite' Fortbyte #7 Location: Accessible By Using The Cuddle Up Emoticon Inside A Rocky Umbrella 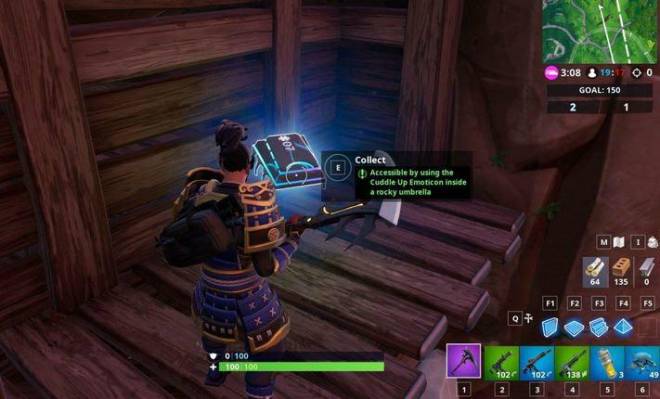 The Fortybyes keep coming, one day at a time in all their spinning microchip goodness. Fortbytes have had us all over the map in the past two weeks, from a fish building to the jungle biome, Junk Junction, Fatal Fields and more. Today’s makes use of some terrain features that have been around for a long time, though Epic added some similar ones down south more recently. But I’m fairly certain this particular rocky umbrella has been around since Season 2, after the first major map revamp that gave us such locations as Tilted Towers. It’s where we’re headed to today, so read on for a map, guide and location for Fortbyte #7: “Accessible by using the cuddle up emoticon inside a rocky umbrella”. First off, the Umbrella itself. What this means is a sort of hole in the ground shaped like an umbrella, smack in the middle of the northern section of the map. It’s right next to Lazy Lagoon, formerly Lazy Links, formerly Anarchy Acres. Here’s where you’re going: 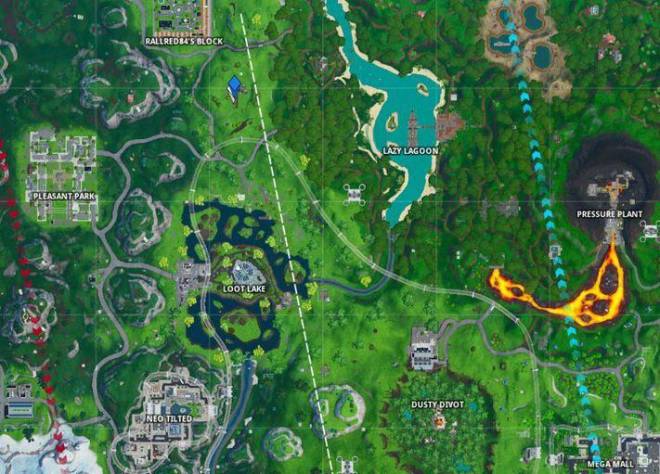 This one actually took me a second once I got in there: most of these have been in very straightforward locations, but this one is hidden in plain sight, so to speak. The first place I checked was the cave at the bottom of the hole, but you’re actually looking fort a little ledge right in front of that cave. You’ll need to build to get up there: here’s a better look at it: 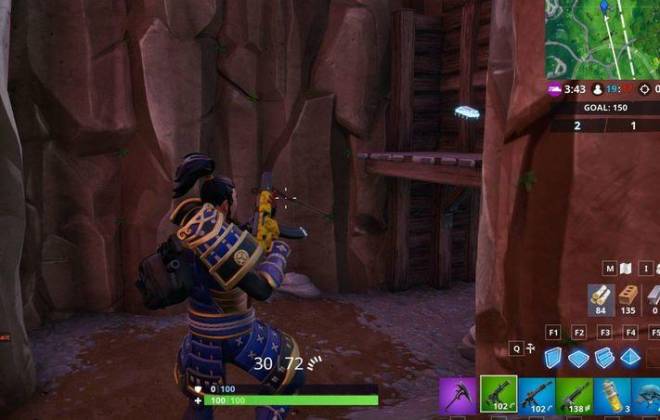 So build a ramp and get up there. You’ll need to use the “cuddle up” emote before you’re able to collect it, displaying a fuzzy pink bear head as passage through to the next stage of Fortbyte decryption. Emoticons are by far the funniest items in the game for me: I’m not sure I’ve ever used one on purpose, and they do sort of seem like battle pass filler to me. I’m sure some people actually use them, just not me. And that will do you: I’ve got 22 Fortbytes now, which feels like a lot until you consider that there are 100 of these things. Check back tomorrow for more. #Fortbyte Don't forget I did leak this fortbyte in a previous post, go check it out if this one doesnt help you: https://moot.us/lounges/8/boards/39/posts/1242754 Source: https://www.google.com/amp/s/www.forbes.com/sites/davidthier/2019/05/20/fortnite-fortbyte-7-location-accessible-by-using-the-cuddle-up-emoticon-inside-a-rocky-umbrella/amp/ 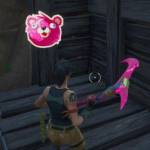 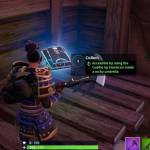