What We Know So Far About Fortnite's New Monthly Crew Pack 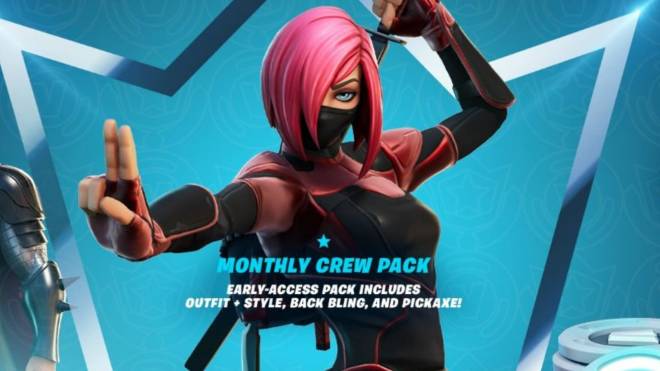 Fortnite continues to change the way we view video games. From revolutionizing the Battle Royal genre to rumors of a new monthly paid subscription service. While this has only been rumored, it has gained increasingly more traction since it was surveyed.   Epic games recently surveyed players on if they would be interested in such a service. While all the details remain murky, here’s what we know would be included in the subscription package. When you sign up, you get that season’s battle pass (and presumably the ones that come after that), 1000 V-Bucks, and a free skin released to subscribers early before it hits the item shop.

The price tag is rumored to range between $5 - $16. This all seems really rad, but it does leave us with some questions. How often would players get the secretive skin before others? Once or twice a month? Same for the V-Bucks, is it just a once a month thing, or weekly? Overall, the subscription details remain cloudy.

And the biggest question, Epic has had issues with releasing seasons on time before in the past. They have delayed some as long as six months! Paying $15 a month for one skin and 1000 V-Bucks while being stuck with an old Battle Pass for MONTHS seems somewhat pricey.

What are your thoughts? Would you be interested in a Fortnite monthly service? Let me know below!