Greetings, Fortnite fans! There's an amazing new season of Fortnite and we're so excited that we just NEED to host an event! We wanna know your favorite from among the following Marvel Heroes and WHY! 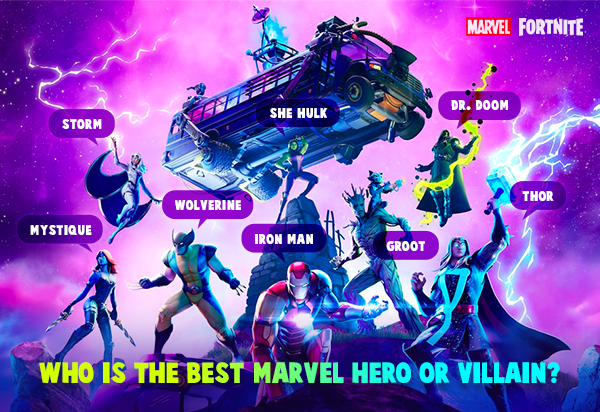 HOW TO ENTER:   - Vote in the poll for one of the Marvel Heroes! - Comment on this post explaining why that Hero is your favorite of all the options!   DURATION:   - Today through September 15th - Winners will be announced on September 16th   PRIZES:   - 10 participants will be randomly chosen to win a $50 US Amazon Gift Card. - ALL users will unlock a special TITLE named after the hero they voted for!   Good luck!