All you Need to Know about Fortnite’s New Vehicle System

With its upcoming season and new updates, Fortnite has found a way to rejuvenate and excite its player base with a new vehicle system implemented on the map. This type of mobility has been hotly debated by a lot of users, way before this season even began. However, Epic Games has done an amazing job balancing the concerns and optimism of users with its new vehicle system. Here is all you need to know about it: 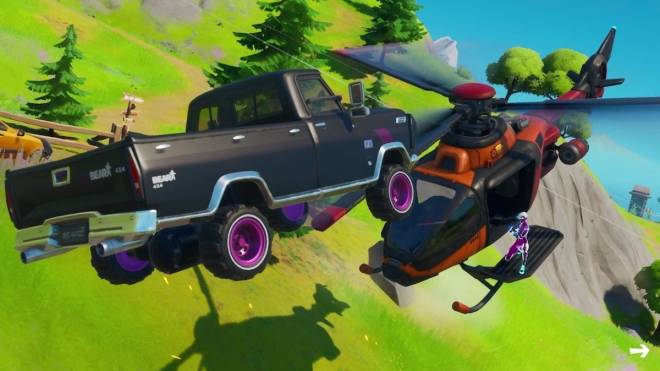 First, they are located across the map pretty evenly. In the middle of the map, for example, you can find one by Frenzy Farm, Lazy Lake, weeping Woods, Salty Sands, and Holly Hedges. On the upper part of the map, there are two locations by Pleasant Park, Craggy Cliffs, and Steamy Stacks. If you are in the look for any type of vehicle, going to named locations, other than the Authority, Weeping Woods, and Rickety Rig, will be your best bet. There are also some in offroads, but these are harder to spot. 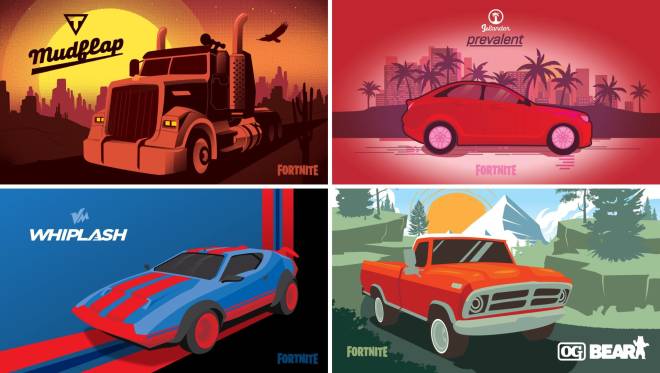 Second, there are types of vehicles. In this Chapter, we have a Taxi, Whiplash, Bear, Mudflap, and Prevalent. The Taxi, Whiplash, and the Prevalent are like Sedans and drive like so. They are faster than the Mudflap and the Bear but do have less Health. The Taxi, Whiplash, and the Prevalent all have 800 HP apiece, making it a very sturdy vehicle with decent amounts of outside protection from enemy fire. Further, the Whiplash is the only car in the entire set that can boost, but it does take up a huge amount of fuel. On the other hand, the Bear has 1000 HP and the Mudflap has 1200 HP. The Mudflap is essentially a cargo truck while the Bear is built like a pickup. What all the vehicles have in common is their honking and radio playing, which are just some of the nice details that Epic Games has delivered to its users this Chapter. In terms of passengers, the Whiplash and Mudflap can only hold up to two, which are the two front seats in the front row of a regular car. The Taxi, Prevalent, and Bear hold up to four, so these are more optimal for squad games. Further, regardless of the vehicle you choose, you can either stay inside or peek out the car window to either shoot or build structures, similar to how carts were being used before they got vaulted. Finally, there is no fall damage to any of these vehicles.   Third, there is a new fueling system accompanied by the arrival of the vehicles. Unlike Call of Duty: Warzone, the cars in Fortnite have limited fuel, and there are two ways that you can refuel the car. The most common way is going to a vehicle station, which is more rarely dispersed through the map. There are two locations at the bottom of the map and twelve total locations. This makes it very important to reserve fuel when you can, as it does not come as common as vehicles do. However, there are also fuel tanks that are dispersed throughout the map, and those can be more common than refueling stations. These consume a slot in inventory and have 100 fuel in it to recharge the vehicle. To refuel the car, simply pour gas on top of it, and you should see the fuel meter go back to 100%. 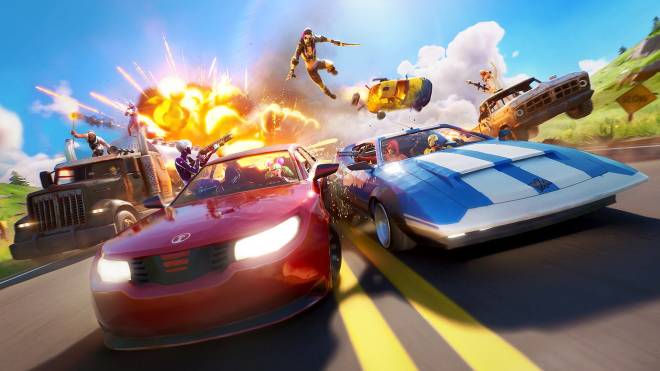