★ Ragna Burst A single-player raid that can be challenged during Ragna Break!! Try Ragna Burst! 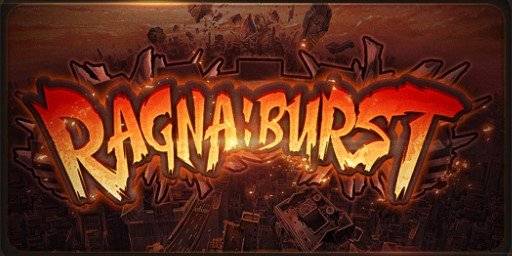 What is Ragna Burst? - Candidates can play Ragna Burst during the raid period. Each time Candidates clear the boss, clear rewards for each level will be provided. - A Ragna Burst Ticket required for battle is automatically given when every 20 raid tickets are used. - In Ragna Burst, a player cannot receive help from other demon Candidates, but, Busters can help you instead.   - Period: Can be challenged during the raid period, and a player will be notified separately through notice. - How to Enter: Use 1 Ragna Burst Ticket to enter!!   ★ Ragna Burst Battle Unlike raids, this is a single-player raid where you can't get help from other friends. Challenge the boss to clear the highest level with your 5 Childs! 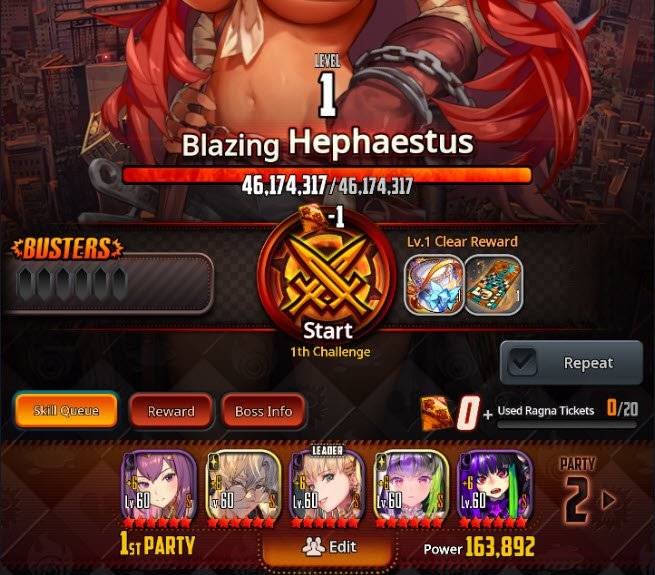 ※ The shown image may differ from the actual game screen.   -For every 20 raid tickets used, a player will receive 1 Ragna Burst ticket. (You can also purchase Ragna Burst tickets at the Ragna Shop.) - One Ragna Burst ticket is used to participate in battle, and the battle lasts about 5 minutes. - Boss HP does not recover even if the battle ends without defeating the boss. - A player can challenge the boss of a certain level multiple times, and once the boss is defeated, you can challenge the next level boss. - As the player defeats the boss by level, you will receive a clear reward. The challenge ends when the highest level boss is defeated.   ※ Raid boss exclusive options are also applied to Ragna Burst. ※After Ragna Burst ends, the remaining Ragna Burst tickets will be exchanged for 10 crystals per piece.   ★ Busters - In Ragna Burst, Candidates can get help from Busters, which are Child and Carta. -Busters do not participate in battle, but by activating each Busters slot, they provide a useful effect. -The activated Busters effect is applied cumulatively, and the more individual Busters (Child & Carta) grow, the more the buff strength increases. -Busters change by season, and can be checked in-game in the following way. In addition, a player will be notified separately through an update notice.   ※ Child Busters Growth: Applied according to the uncap and ignition level ※ Carta Busters Growth: Applied according to soul enha. level ※ Child and Carta Busters that have been acquired at least once, regardless of whether or not a player currently has them, will be activated automatically. ※ As the buster buff level rises, the color of the gemstone in the buster slot changes. You can instantly check the level status of Busters through gemstones on the Ragna Burst main screen. 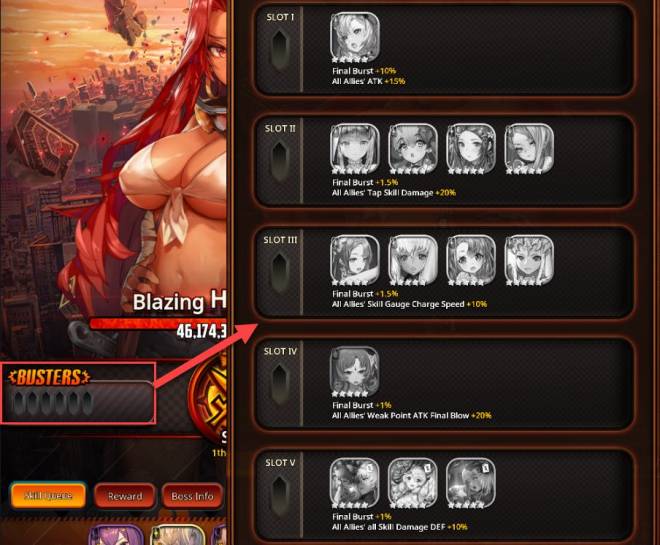 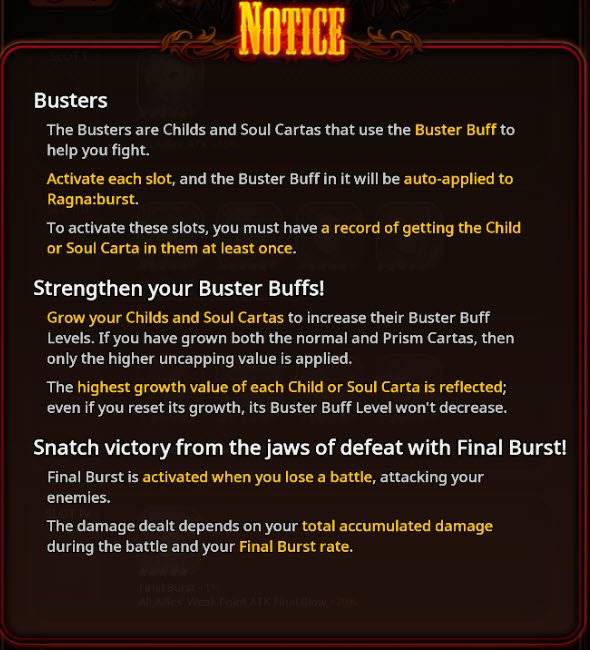 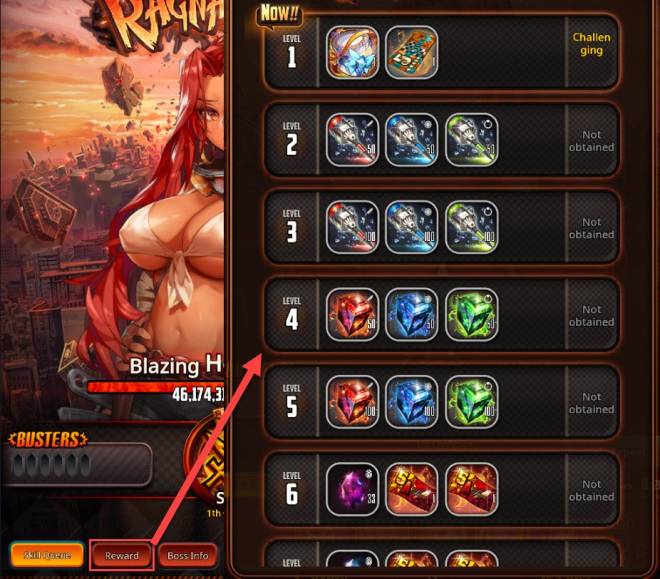