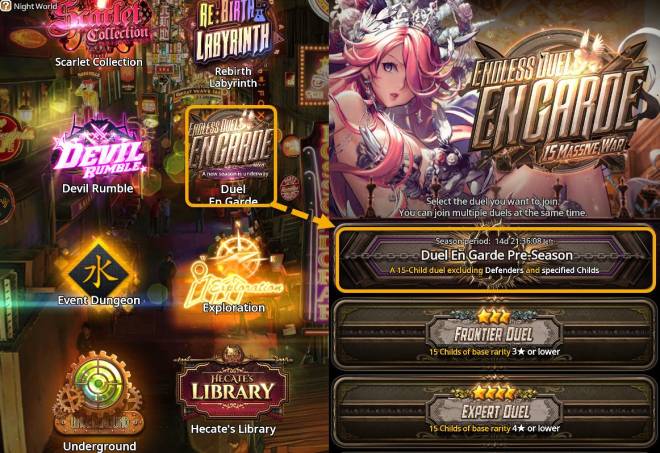 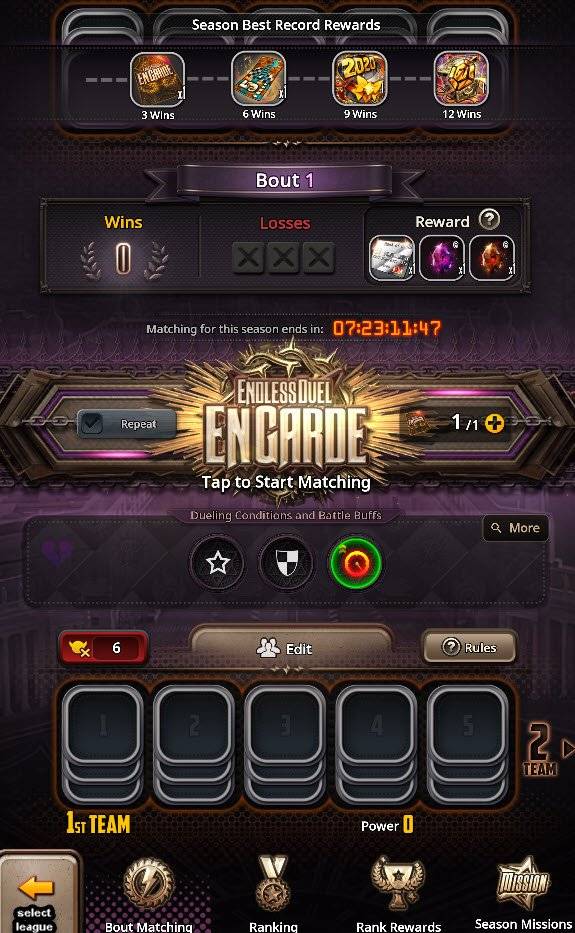 ・These are the rewards based on the season's best record. ※ You can only obtain the best season reward once per season. ※ Season best record rewards may change for each season.   ▶Bout rounds and round records and corresponding rewards

※ The reward for ending the bout is provided according to the number of final wins, and you can get a reward every time you complete the bout. ※ Bout end rewards may change by season.   ▶ En Garde Matching Purchasing Bout Tickets

・Tap the start button to being the duel with other Archfiend Candidates. ・Unlike previous duels, no tokens are required to participate. ・It is possible to change teams even after matching. ・Finished Bouts can be re-challenged by using the Bout Ticket. ・Until the bout is completely over, the Bout Ticket cannot be used. 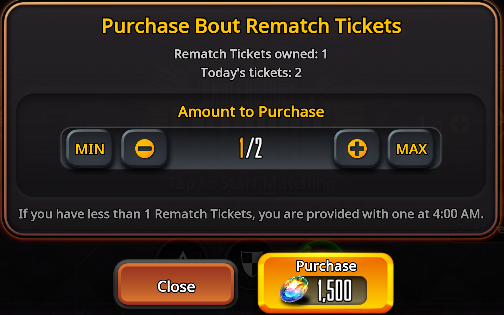 ・A maximum of 2 tickets can be purchased per day. ( 1500 crystals per ticket ) ・Stock will be restocked daily at 04:00 AM (UTC+0). ・If the number of bout tickets is less than 1, one will be issued at 04:00 am (UTC+0). ・Bout Tickets will be deleted at the end of the season. Be sure to use them before the end of the season!   ▶ Join Conditions, Battlefield Buffs, and Forbidden Childs 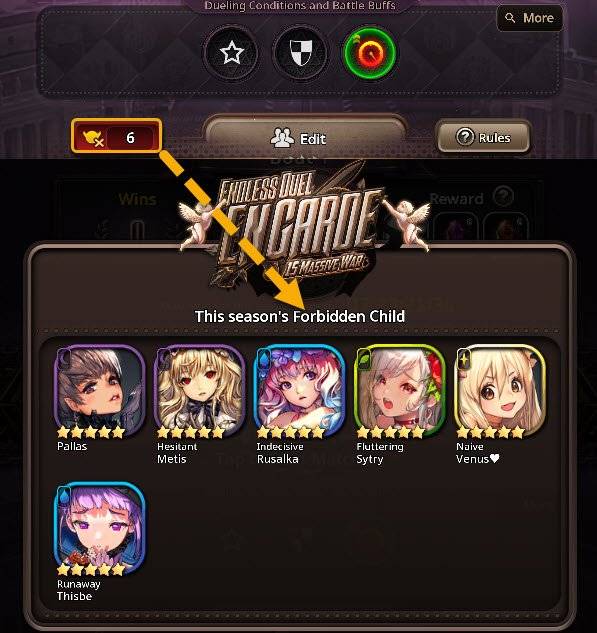 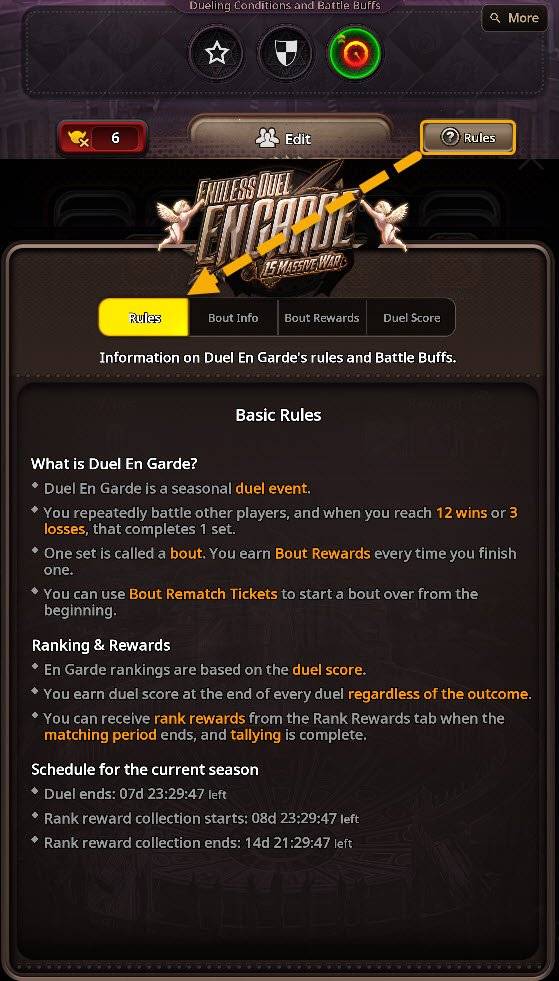 ・You can check the basic rules, rewards, and schedule of 「Duel En Garde」. 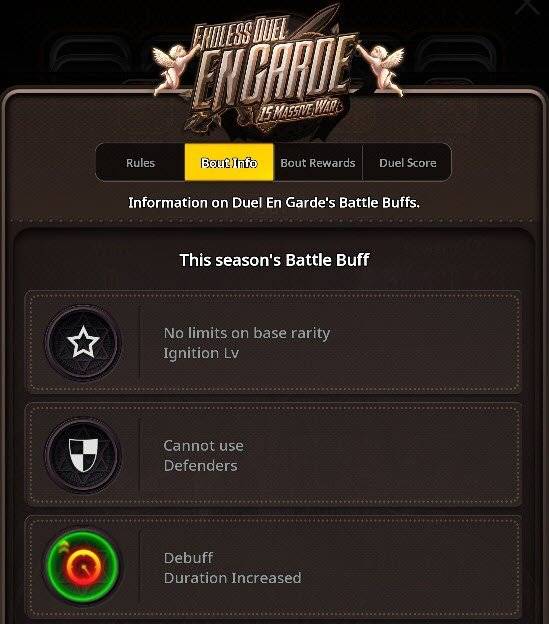 ・You can check the battlefield buffs for the season of “Duel En Garde”. 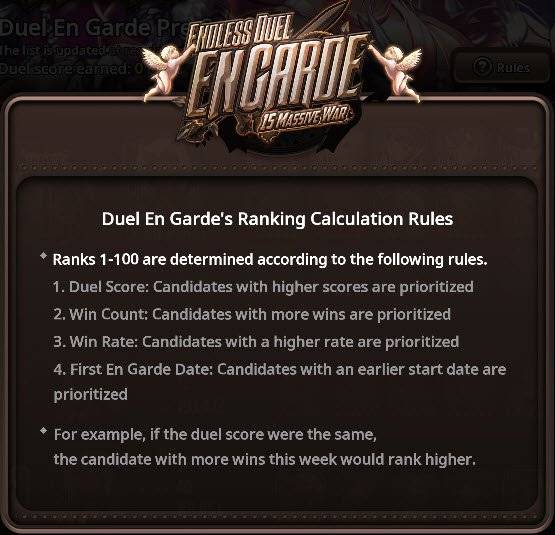 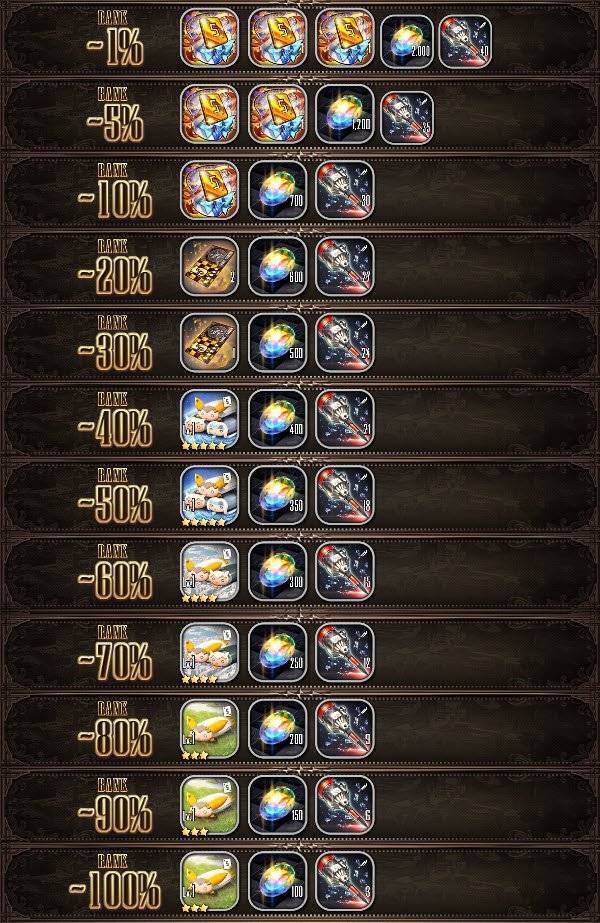 ・You can check or receive rewards according to your rank. ※ Rank rewards can be obtained by tapping “Claim” after rank calculation is complete. ※ Rank rewards may change by season.     5. Season Mission 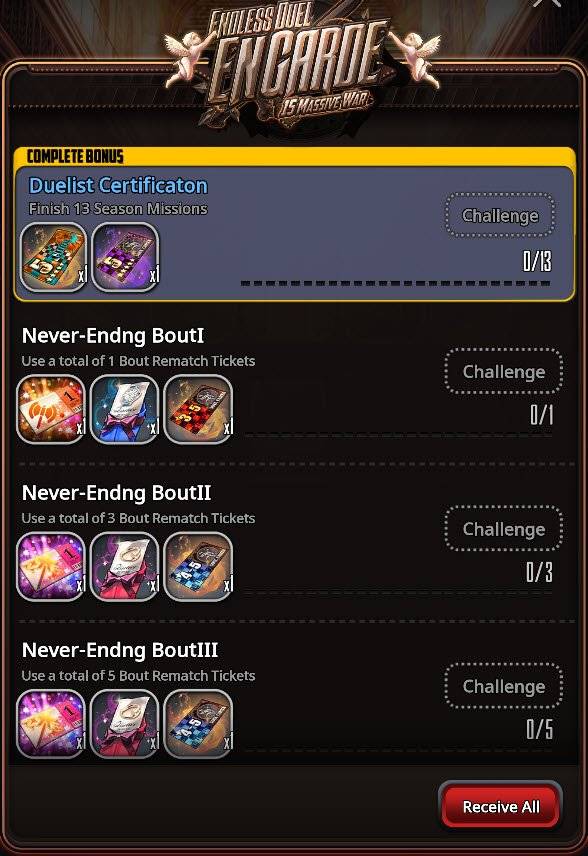 ・You can check the details of the Season Mission or obtain mission rewards. ※ Seasonal Missions may change by season.