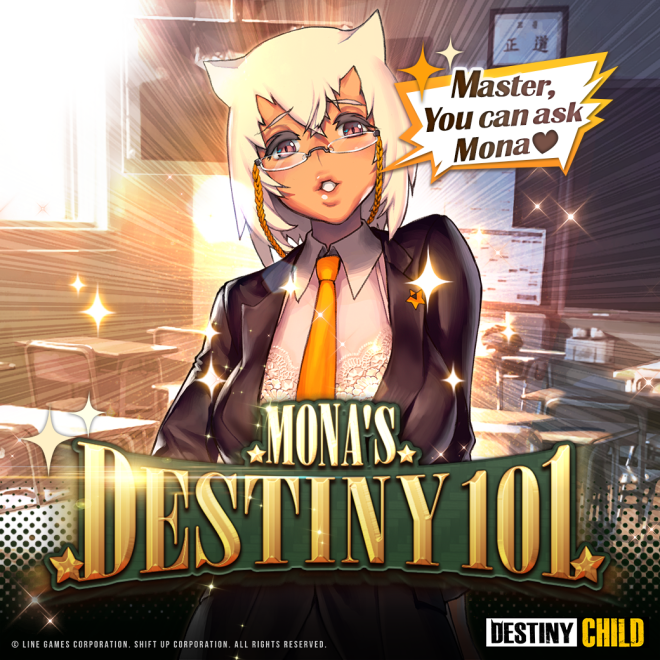 Greetings, master! Your loyal supporter Mona, at your service! ♥   Welcome to another chapter of Mona’s Destiny 101!   I’m pretty sure that my master already knows what Ragna:Break is, however it would be good to review Ragna:Break together!   It's because there are some changes in Ragna:Break. Now it opens for 2 weeks ( it was 3 weeks before), and the Ragna shop has become much more valuable than ever!   On today’s article, I’d like to talk about “Ragna:Break”, Dealing with some information which would be useful for Candidates!   So, let’s get right into it, shall we?   ■ Raid Story First, let’s start with the Raid Story. In this section, all you need to do is enjoy the stories of the Raid Child! 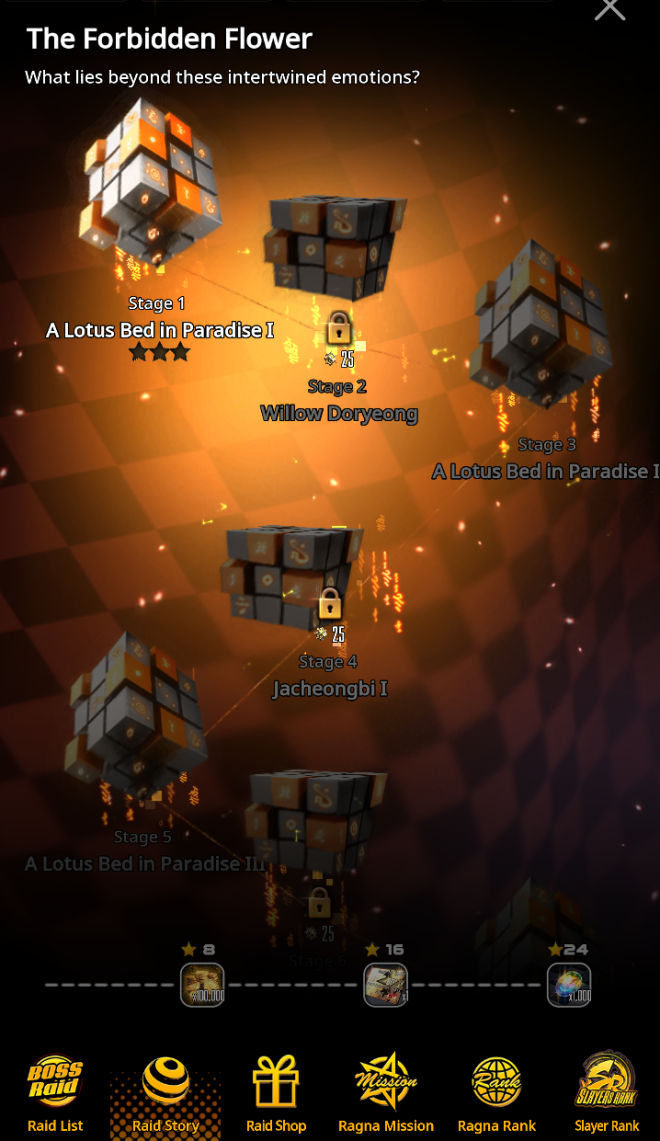 Follow the story from stages 1 to 8 to know the Child you are fighting against. There will be ★rewards just like the normal story mode.     ■ Get into a fight!   There are two ways you can summon the raid boss. One is to buy a ‘Raid Summon Ticket’ at Raid Shop. And two, the raid boss will appear at a certain rate when you clear the raid story or the normal story dungeon. 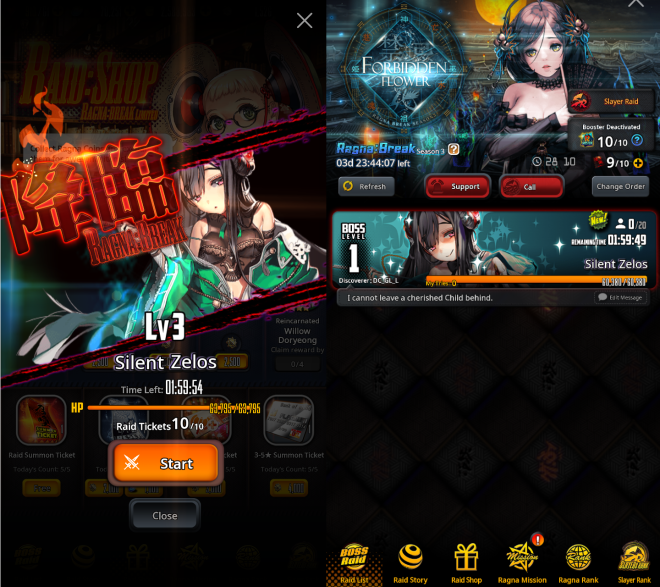 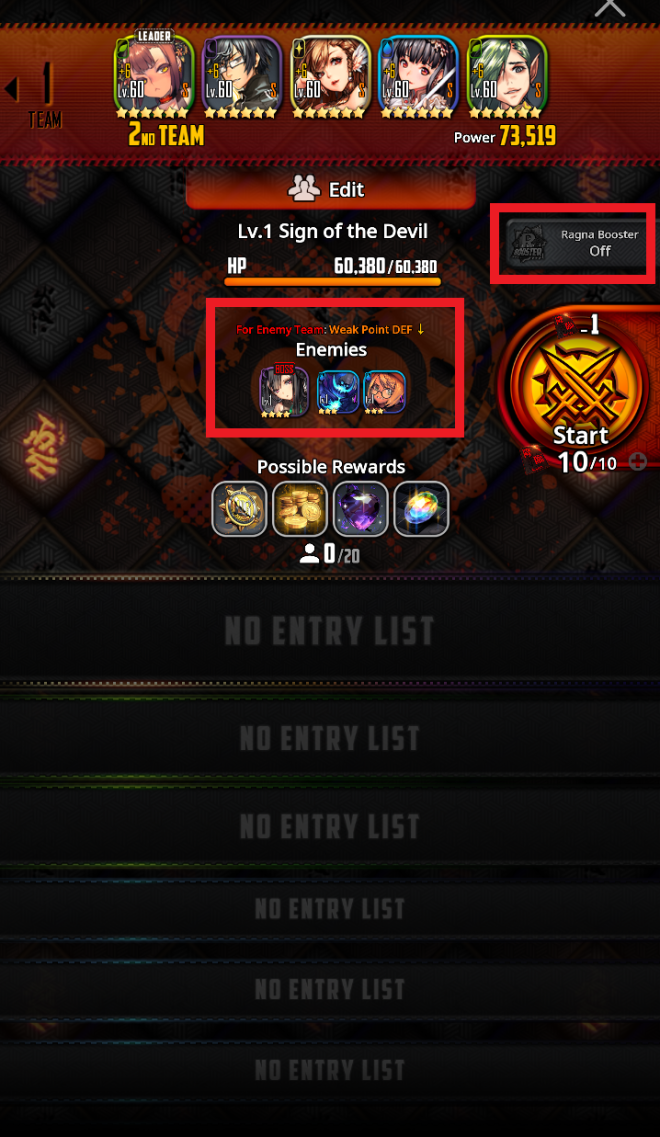 In Ragna:Break, there are special buffs and debuffs that affect the entire battle.   Go to [Raid List] menu and enter one of the battles on the list. You’ll find area buffs and debuffs listed just below the HP gauge. Area buffs/debuffs vary according to the Boss level.     ■ Raid Shop   So what do we do with all the coins that you have earned? You can exchange them for valuable rewards up to fifth reset rewards with coins that you earned. 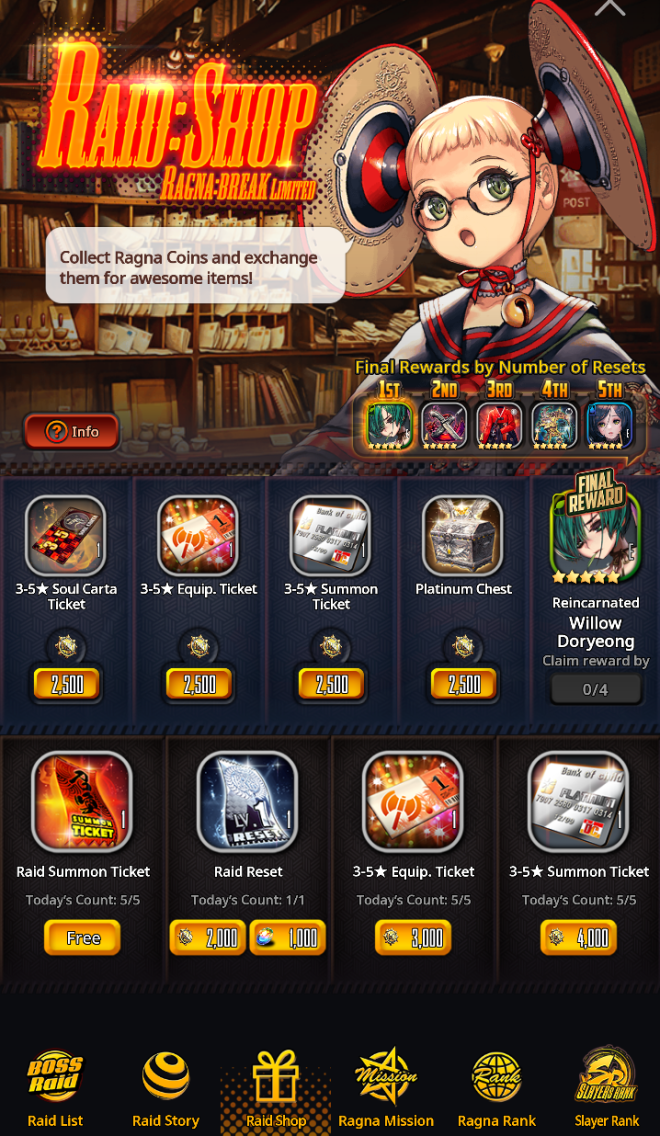 You might have wondered: what do I do with Ragna coins once I’ve purchased all the goods?   If you manage to buy all the catalog and obtain the 5th final reward and enough chests, you can convert coins into gold after the season ends!   And here is good news. There are few changes in the Ragna Shop. Resetting Ragna Shop is free and the Platinum chest is available from the first catalogue! Most importantly, the prices of the Childs and Costumes that come out after the 5th reset rewards, has lowered!   ■ Ragna & Slayer Ranks   *Ragna Rank Ragna ranking is determined by the amount of damage dealt to Lv.40 raid boss in a single battle. There will be ranker’s rewards for those who rank in the top 100 when the season ends. 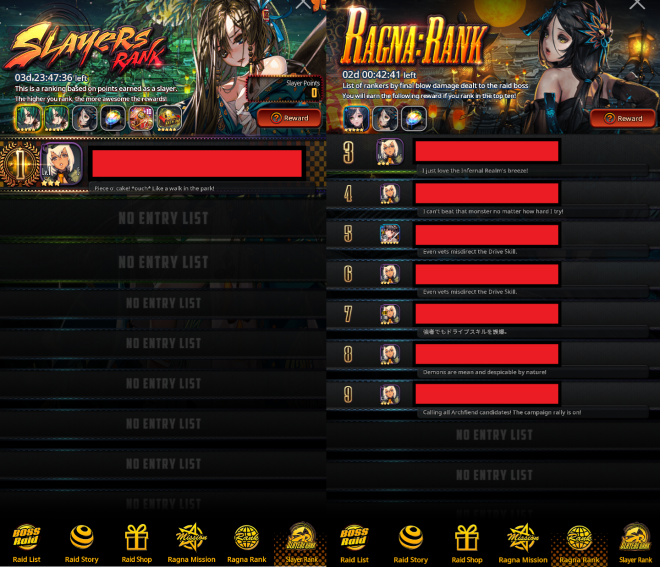 * Slayers Rank Slayers Rank is for those who discover and defeat Lv.40 Raid Boss on their own. You can get slayer points every time you deal a certain amount of damage to the boss in the Slayers Raid. There will be rewards for everyone, 1% ~ 100% who have participated in Slayers Raid.     That is it for now. Good luck on the Raid, Candidates!   Mona wishes my Master to be stronger with Mona’s help! ♥ I’ll see you in the next article. Bye!