Yes. It's the big no no. Or it used to be. 2 attackers in a raid. Few of you done this successfully last raid with Artemis and Ophois. Perhaps this could be more of a normal thing. Which is ideal for players like me who doesn't care about being in the top ranks and paying loads of money while botting my way to victory all day long.

^ This is a real battle, not a slaughter fest, but rather an epic struggle to make it. Not that I think the boss can kill me, she really can't, but rather there is still an element of luck in breaking 11M DMG this way. On top of playing outside the box, I'm glad I never had to spend $60-$114 CAD to finish Virupa while making more crappy cores.   I was catching my ass with cores. Never had enough of them, plus I do have a few cores I'd rather not use a fodder, though they are crap it still makes the situation worse, they are the best cores I have for days like this.   ( Quite literally, crafting a good core will shock us )   My ace deck. 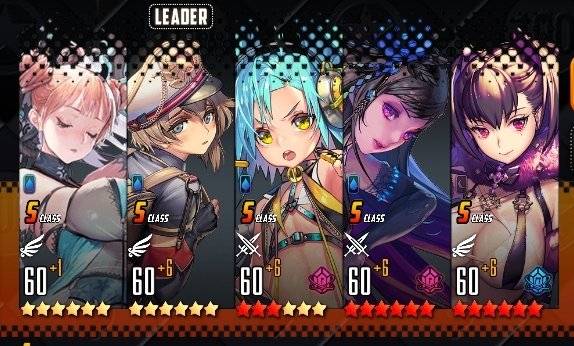 Eve is the 2nd attacker, even though she's still superior to my Virupa, she gets to do fevertime too. My Eve is PvP focused and I'm satisfied with how she is even though she has no amplified agility. 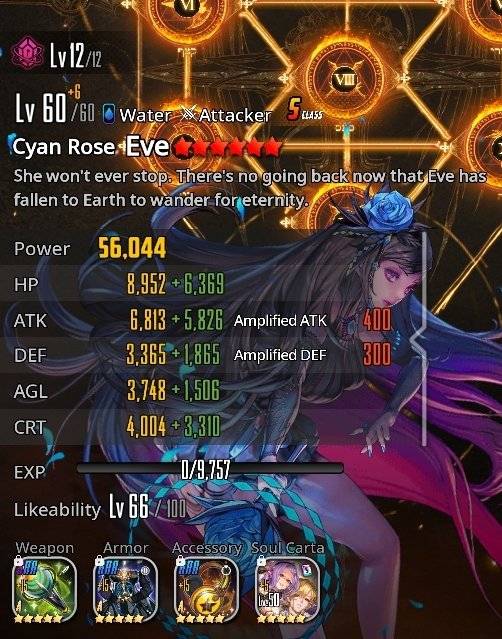 I ignited Virupa to level 7. Low AGL at this level with this ATK core, it's fine for now. 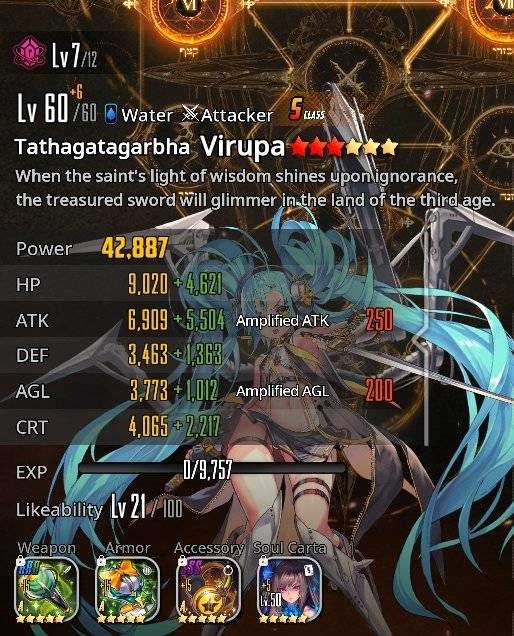 When it comes to bosses, this is the best weapon the game has to offer to date. It has all the attack power of the Q. Flask, with AGL, instead of increased odds of critical. ( I don't see any point in increasing the odds of critical while Lupin is around, as the odds of scoring crits will be very high even if the attacker went into battle naked. AGL is sweeter in this case ) 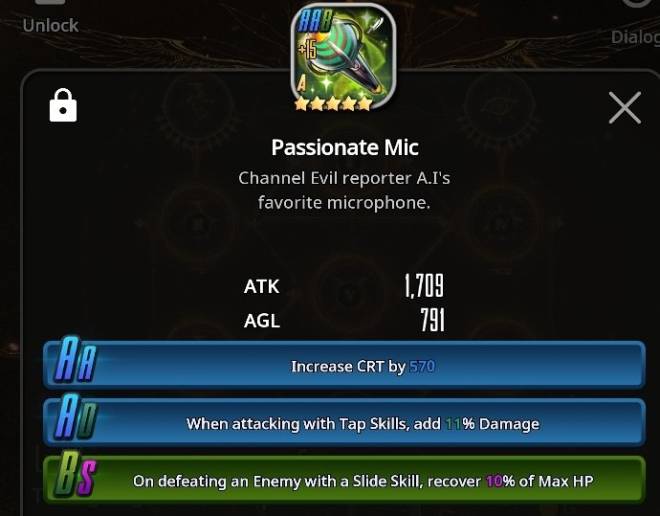 Not the best stats. Eve's Mic is better I should have taken a shot of that one instead. No matter.   In order to hack it like this, we need to play manually. Critical thinking is necessary or else the auto could start a fever attack while the attackers are both stunned.   The drill for my playstyle is as follows.   - Tap with Virupa at all times   - Swipe with Lupin, and if I remember I'll tap her twice. Keeping track of how many taps she did manually is a pain while anticipating other things, but it works out.   - Swipe with Eve, but, if she doesn't get the red lightning when she's fully charged, then tap her.   - watch bosses fever gauge, and check her jugs every now and then.   - Swipe with Leo and Nirrti.