The Basics of Ignition ⚒️👨‍🎓

- So I've had some time to study this ignition system, and thought I'd try to break it down for those who don't have the time or inclination. - Really, it's all very linear, once you've decided who to ignite, the only variables are the stats on your first core. 💥 Basically just two steps!

✔️ 1. Creating a Core - You can make a core using any playable 5* base character (ahem, Mammon). Even 1 core can be a huge benefit! - Each core has 3 stats. One main and two sides. The main will always be an Amplified stat and the sub stats will not be the same as main stat. 💥 Notice, only the first core stats matter! - All stat growth is determined by the first core you use to ignite. The rest are just fodder. Any core will do. - So save your best cores for first ignition and use mediocre cores for upgrades (if you upgrade at all). - If you don't want to wait until you get the perfect core, or if you just want different stats later on, it appears you can replace the first core without losing your ignition progress. *You will lose that original core, though.*

✔️ 2. So, what is a 'good' core? - Amplified stats are less common and generally more valuable. They have different effects than normal stats. - For example, Amplified AGL increases weak point damage and Amplified CRT increases critical damage, not critical rate. - (for some nitty-gritty details, try checking my earlier post on the topic. It's a bit messy, but there's some great info from JP players and discord community. 🙂) 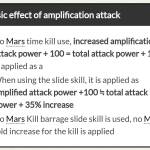 💥Amplify Critical💥 vs 💫Amplify Agility💫 | DESTINY CHILD Found some stellar information at this site. It's in Japanese, so I'm working through Google translate, and it may be different in global version, but as far as I know, we didn't get any information on what these really do. Basically Amplify Critical increases crit damage not crit rate, and Amplify ... moot.us

💫 *Generally* speaking... - Amplified AGL is good for Raid attackers who do most of their damage during fever time, as it boosts weak point attack. (Fire vs. Wood, Light vs. Dark, etc.) - Amplified CRT is good for World Boss attackers, where fever doesn't matter much, or for Raid attackers who can crit during fever, like Bridal Hildr or Cleo. It gives a massive boost to critical damage. - PvP depends on your team and the ever shifting meta. Might want Amplified DEF or ATK, as they are more versatile. Maybe Amplified CRT for Fire Bathory. - Secondary stats should *ideally* be complimentary, e.g. ATK and/or Amplified ATK on a CRT core. They cannot be upgraded as much as main stat, but can offer significant bonuses.

✔️ 3. Is it worth it? - Testing by JP candidates has shown Amplified CRT can increase critical damage by ~15% for every 50 points. Even just one ignition level with an Amplify CRT core gives you 150! That's +45% critical damage for one core! You don't need a blowhole to appreciate that 🐳 - You don't even have to worry about the other two stats. Just slap any old CRT core in and go to town! (mileage may vary on global version, but even half that would be significant) - Sure, there are some whales who already have their whole Ragna team fully ignited. I was discouraged at first myself, having only a couple childs at +6 and a paltry few S-rank equipment options. - But after learning a bit more about it, I really think this system was designed not just as a cash grab, but also to give all players some *long* term goals to work towards so the game doesn't get stale. - This update certainly creates some growth potential. No need to do it all overnight. If you did, you'd have nothing to do tomorrow!

👨‍🎓 Conclusion - Well, It's a fairly complex system. I hope I didn't over simplify it, but I did want to keep it relatively "short." Let me know if it helps! Big thank you to https://ginmy.net/destiny-child-ginmy for the wealth of information and discoveries they have made available. Translated link at bottom. 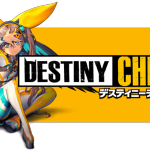