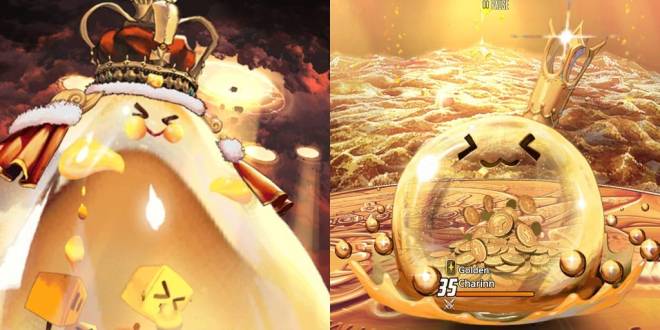 With the addition of ignition and super hard hitting childs, Auroras and Charinns can now be defeated very quickly by some players. There's an etiquette that I have been using, especially now, that others might not know about.   The most polite thing to do when one of these is spawned by someone on the friends list is to wait until the friend that found it starts the attack before you join. But the battles can to be too quick, or the friend might take too long to discover what they have, and someone else might jump in to start the attack.   For anyone interested, I have found the best way to secure attacking them while still being considerate is to join the attack, but then press the pause button and wait a sensible amount of time before starting the attack, giving the finder/friends time to start their attack.   I have paused the game for long periods of time (I think a few times I have paused over an hour), and could still unpause and attack even if the Aurora/Charinn had been defeated long ago.