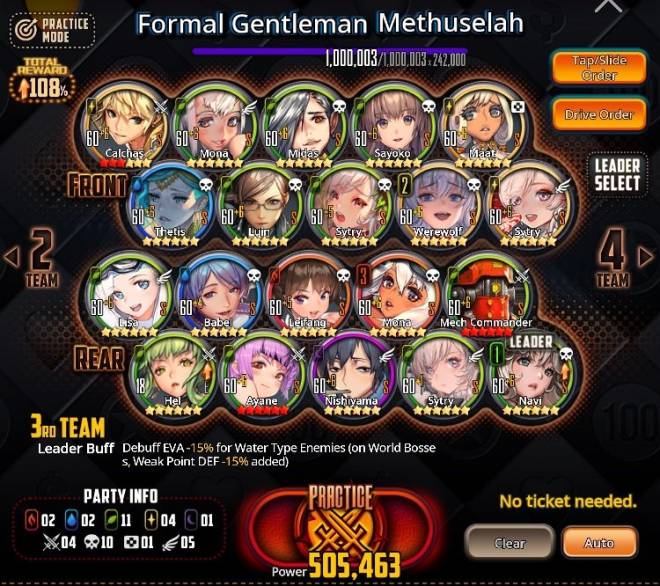 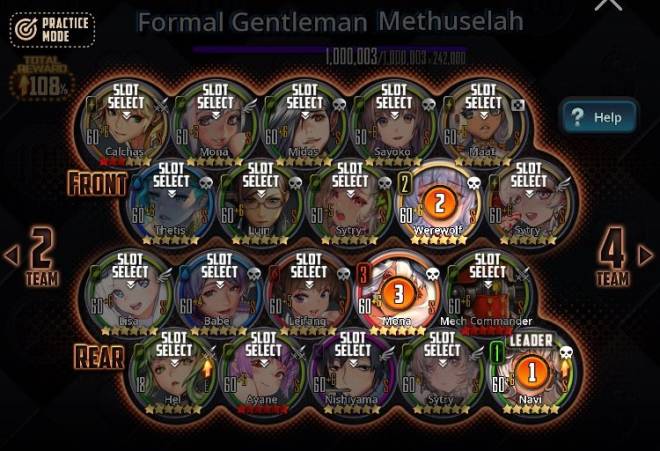 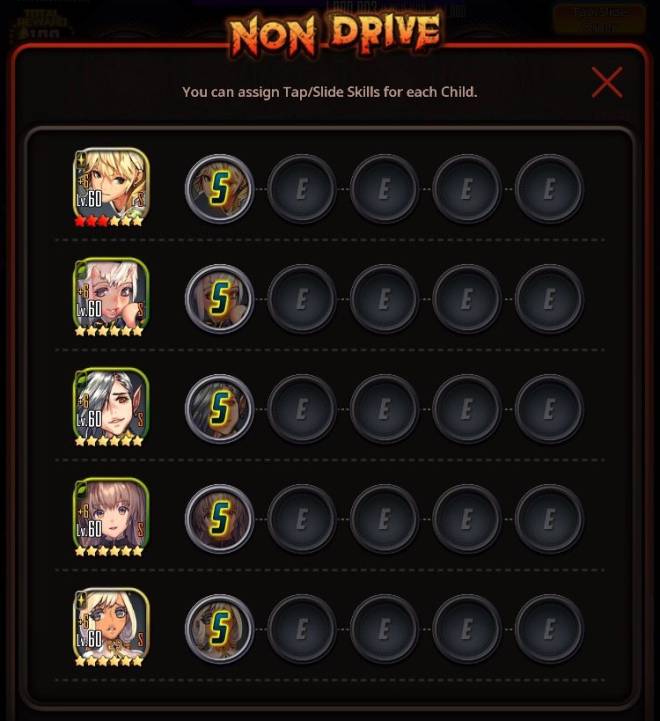 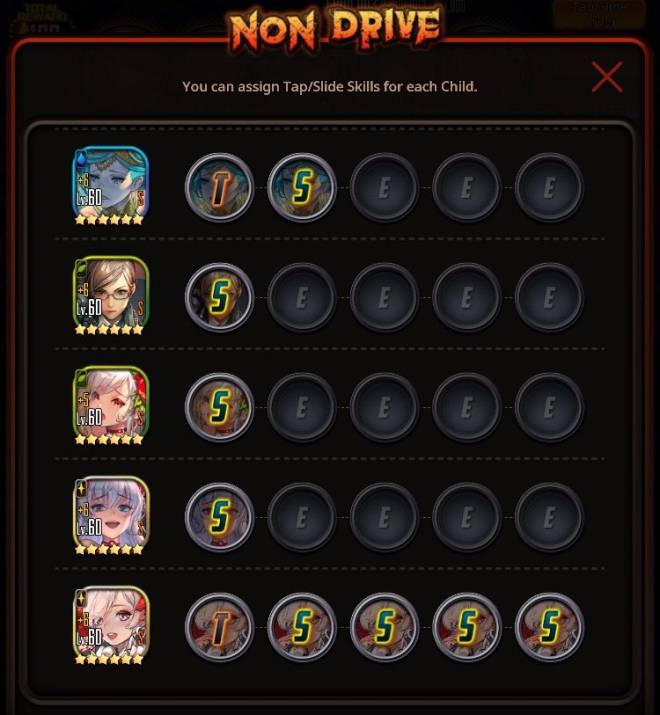 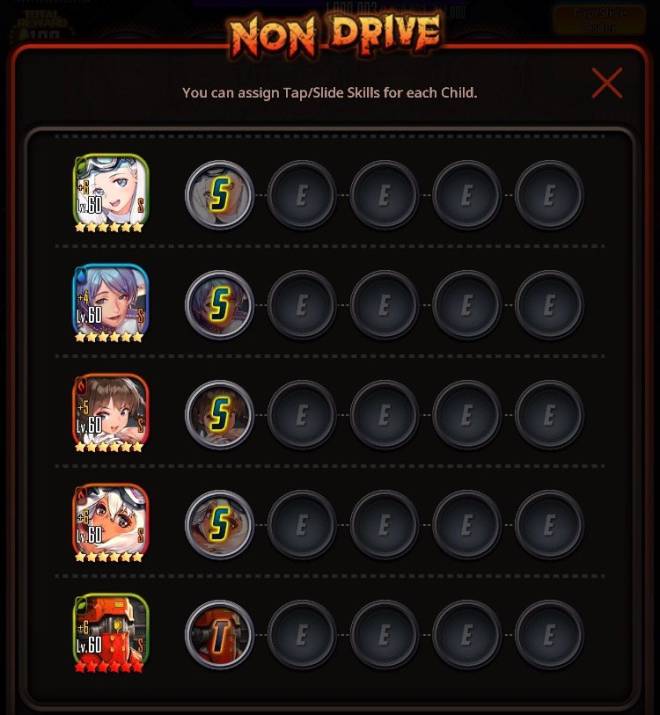 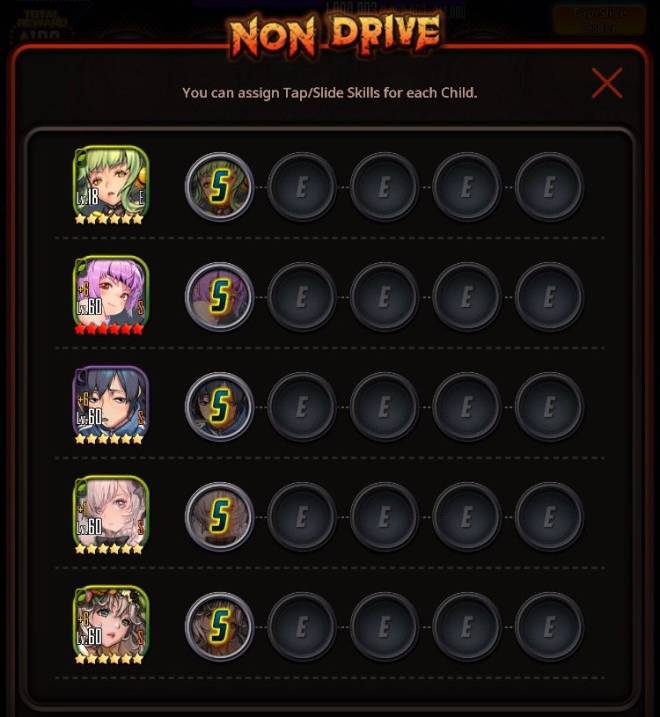 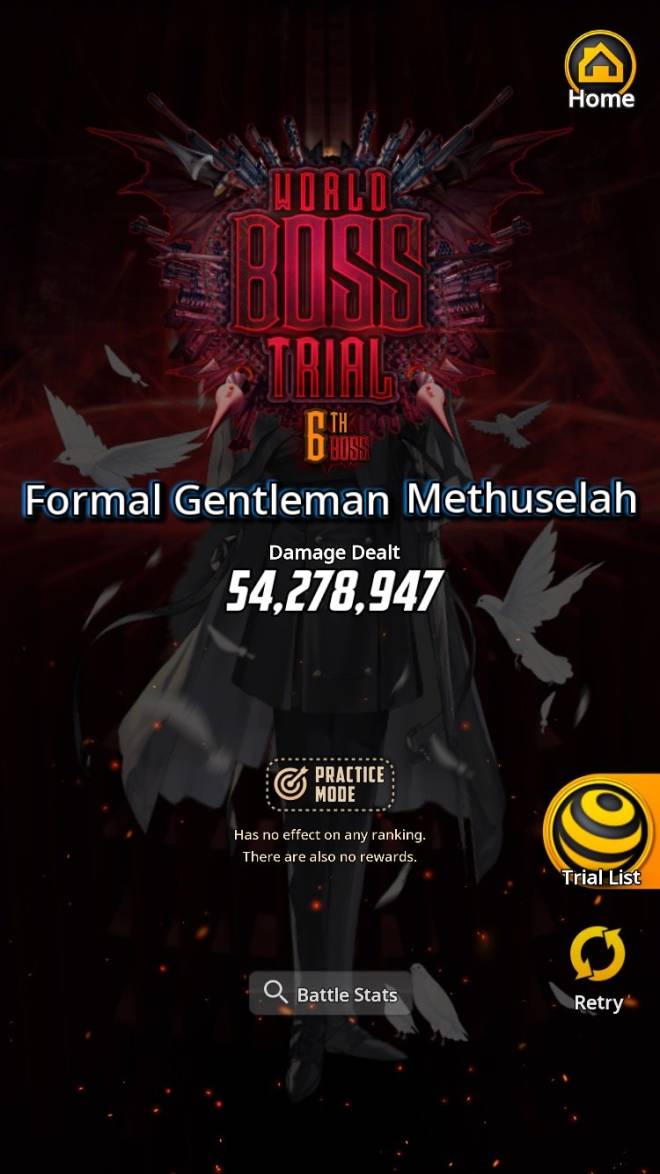 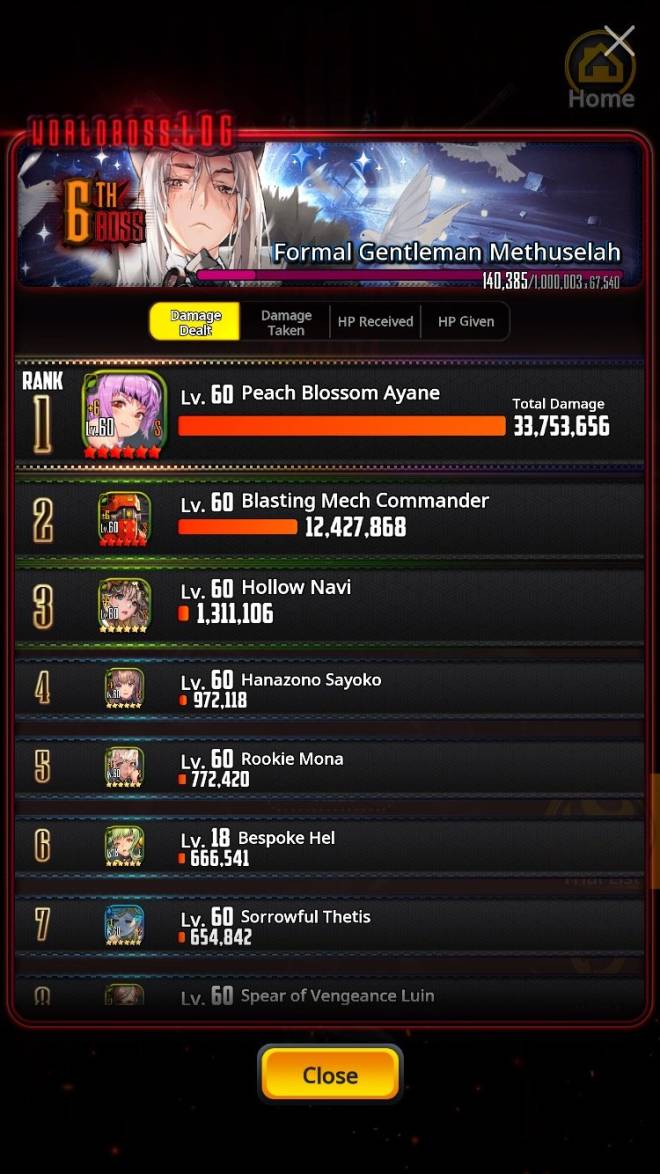 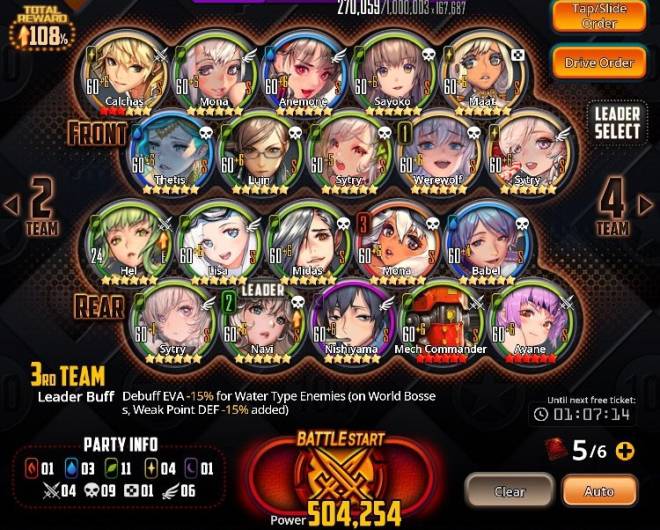 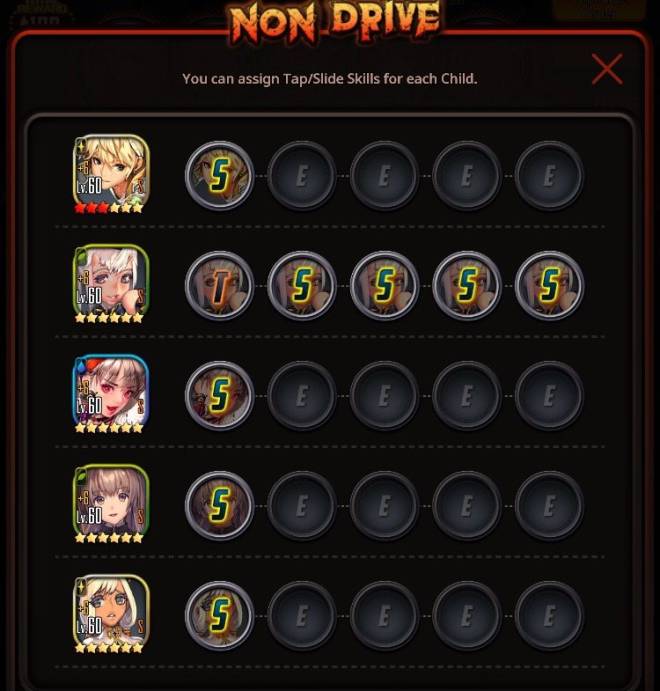 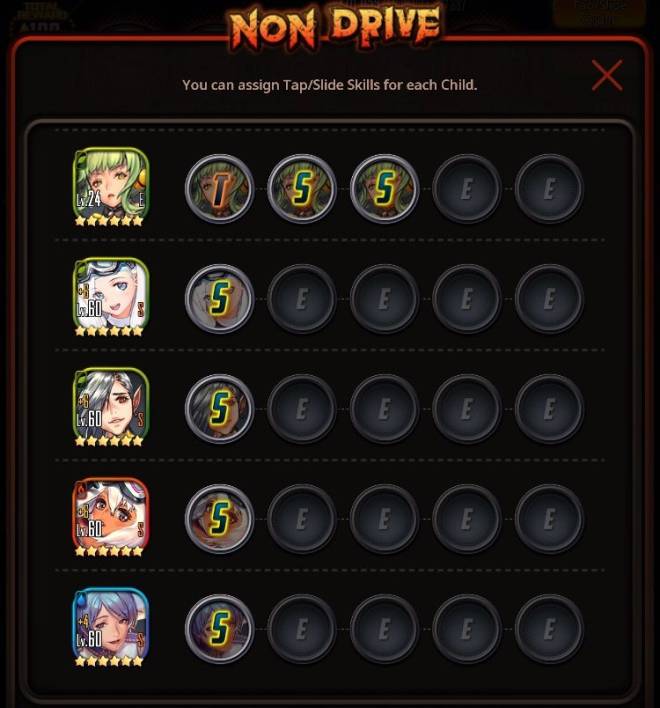 - T/S/S/S/S for Newbie Mona for the same reason as Light Sytry. Procing too early or at an inopportune time screws Mech Commander. I could just switch it for Daphnis, but I need to playtest more to see if the Ignition matters. I think it does. - T/S/S for Hel because might as well. That's how she's played, even if I don't awaken her.   New DMG / Proportions 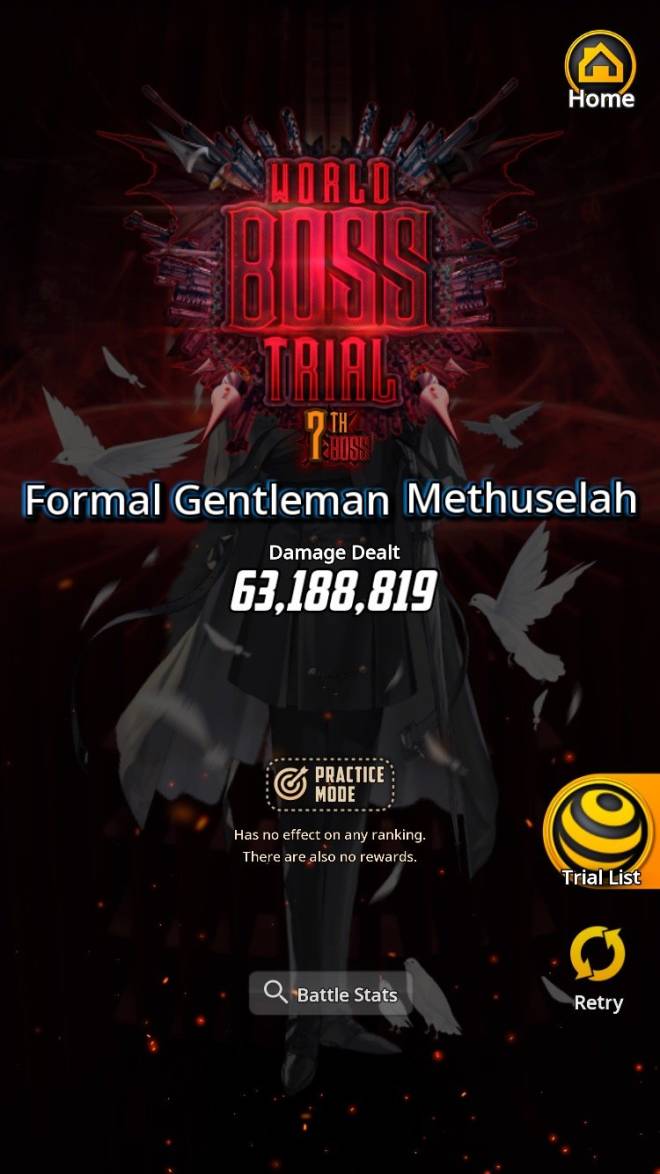 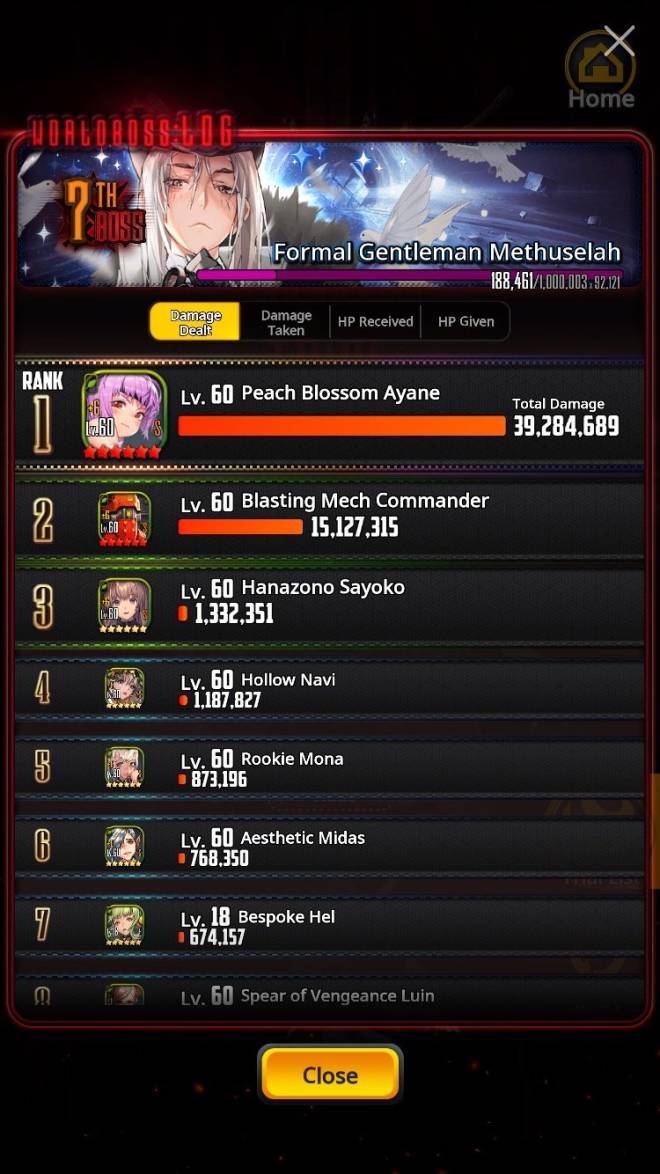 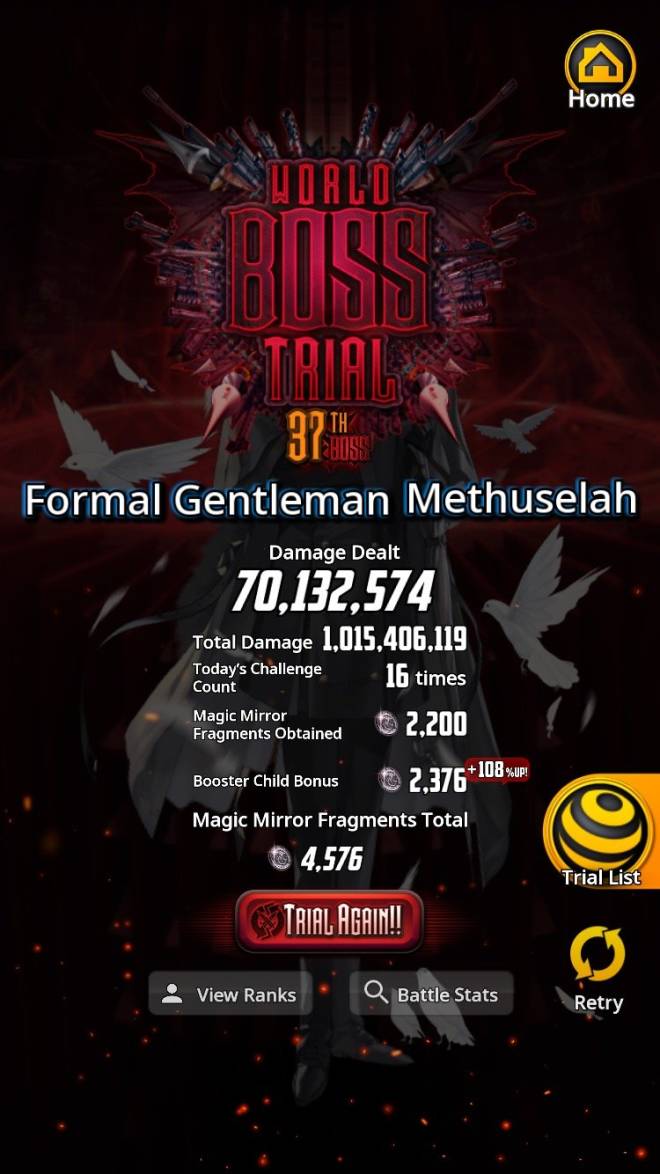 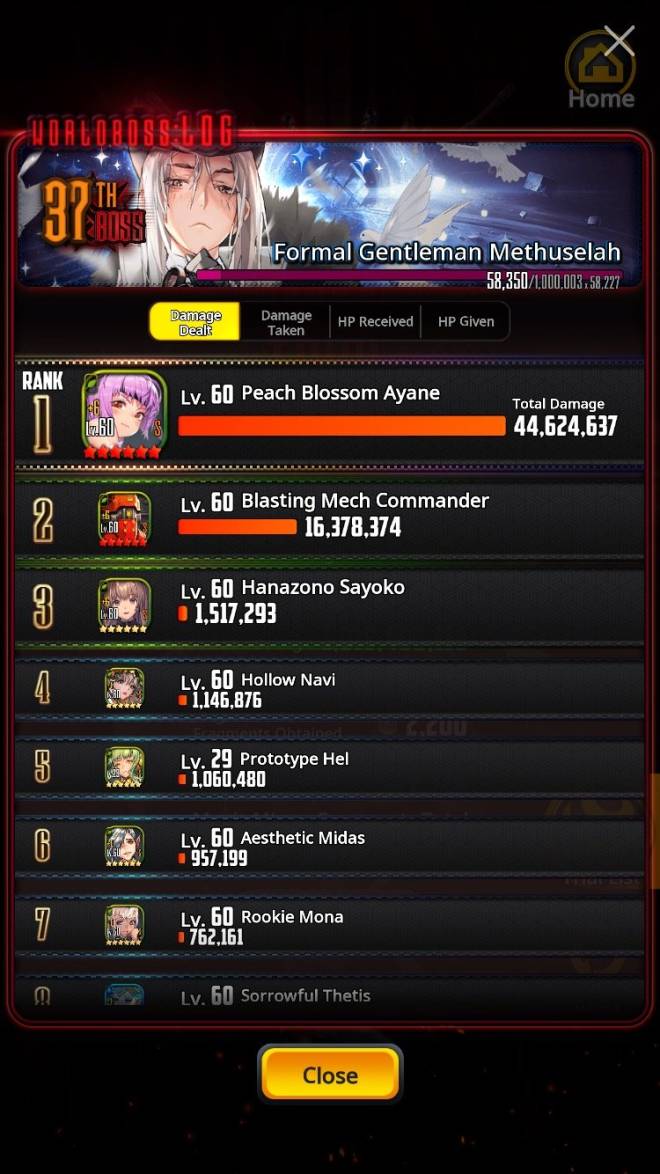 Max seems to be 70M, have gotten as low as the Day 1 DMG due to Mech Commander not proc-ing correctly. Rarely happens though, which is nice.