My team for WB Heket

Hi guys, this is probably my last post about WB team composition on Moot. I don’t know how it will work on the new site Band, so will see. Team: 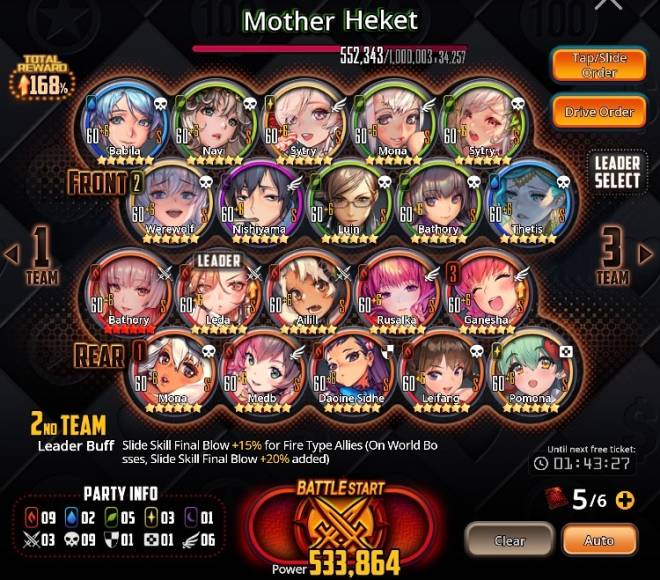 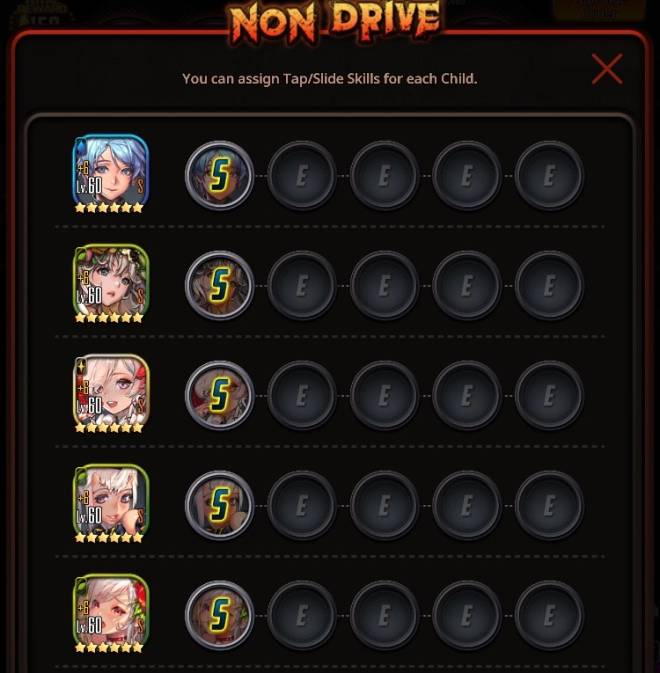 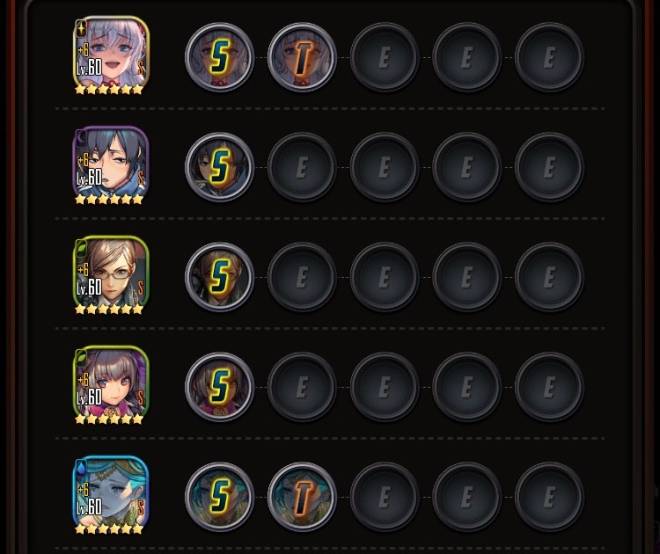 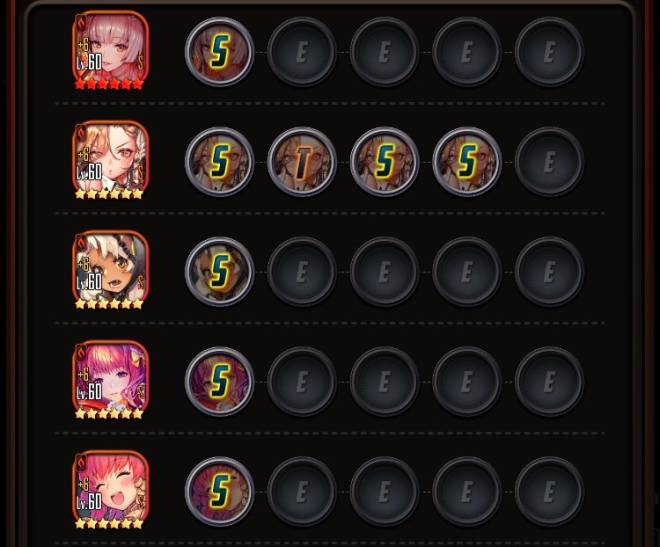 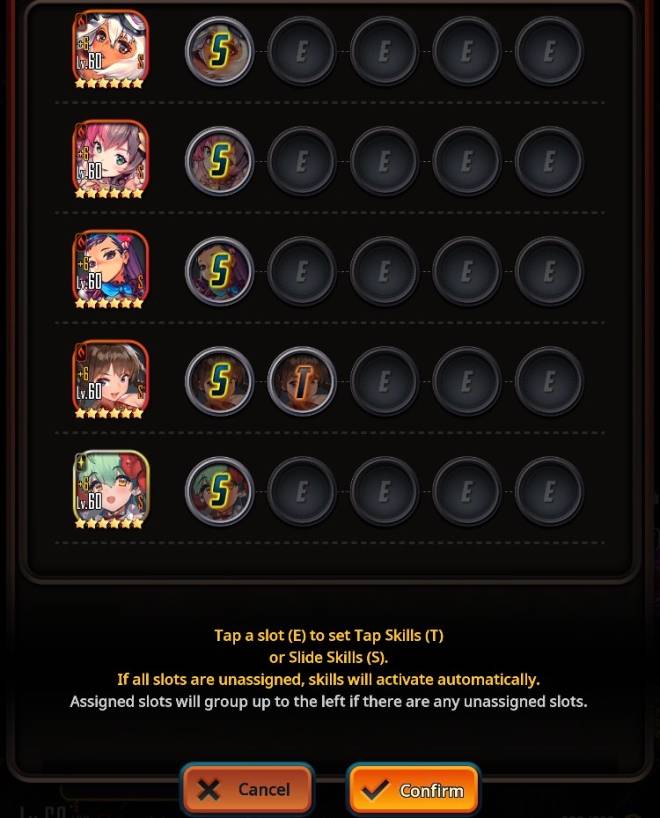 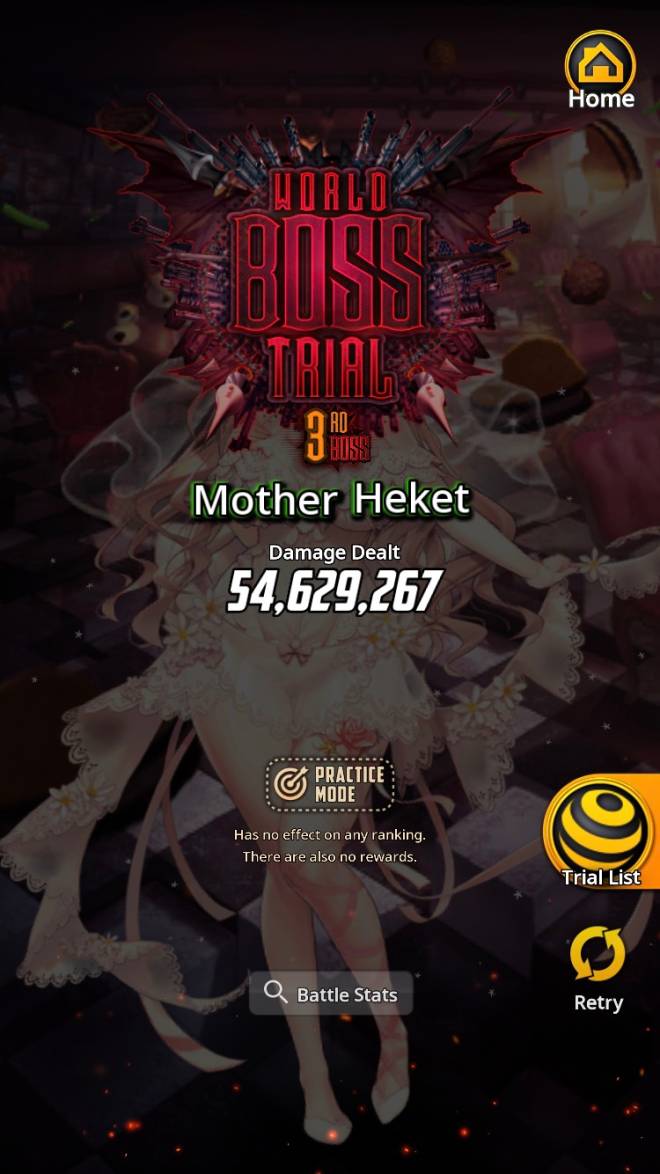 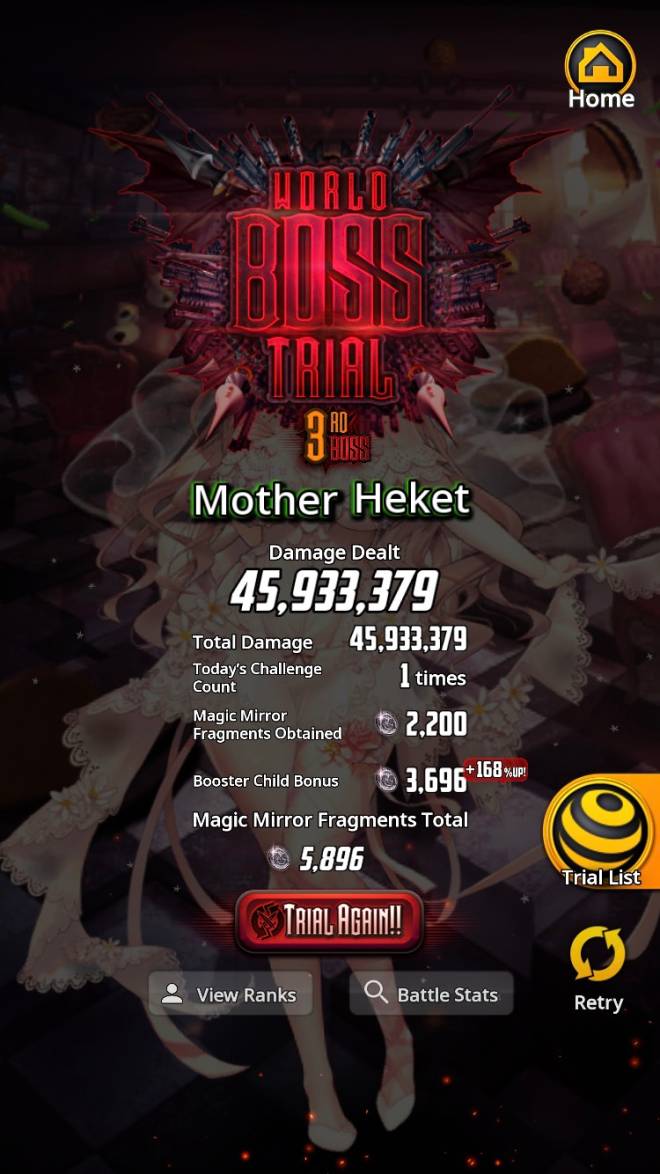 Highest damage (after some gear fix): 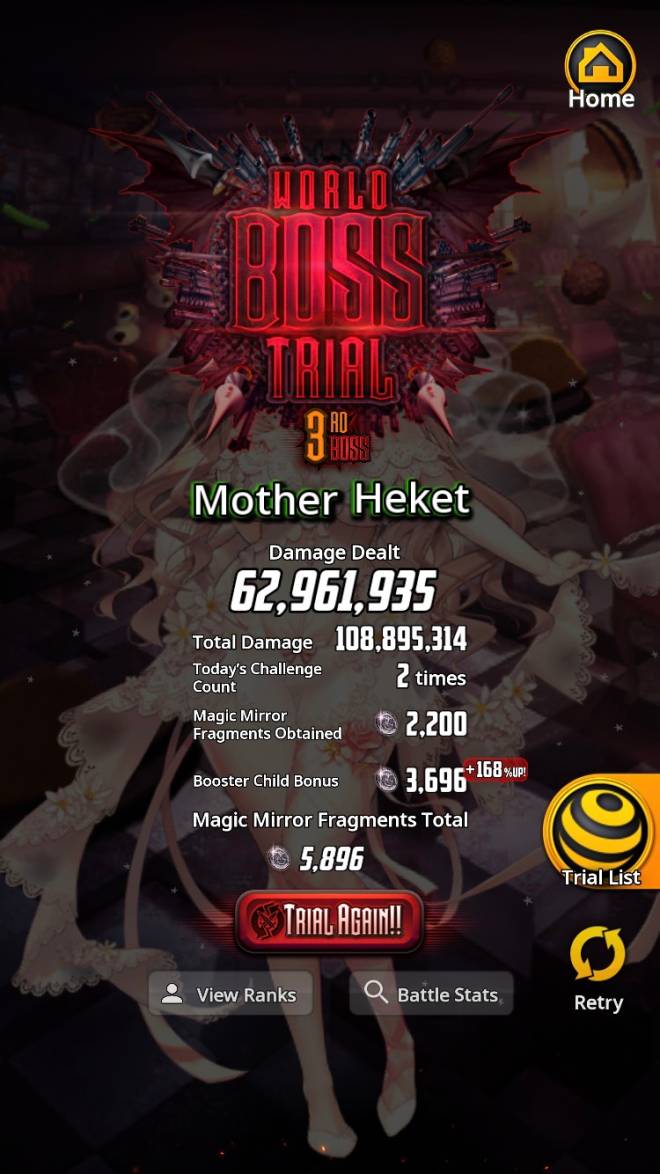 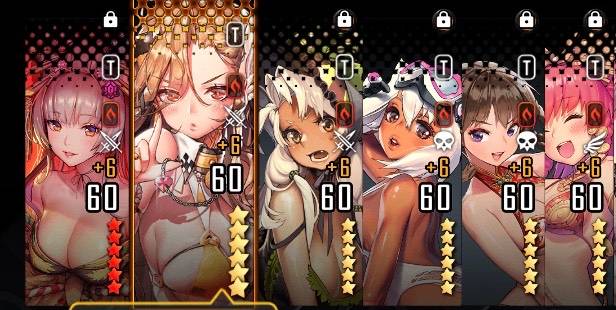 EDIT: I made some changes because Babel and Thetis on front take too much damage, so I swap some gear around (Babel’s gear for Rusalka’s gear). I changed Daoine Sidhe for Failnaught (set highest attack C. Bathory and Leda; reducing some other childs attack). New team: 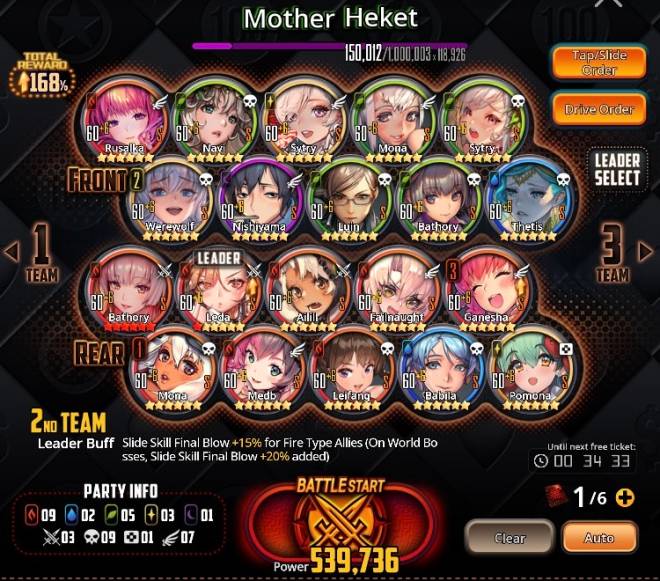 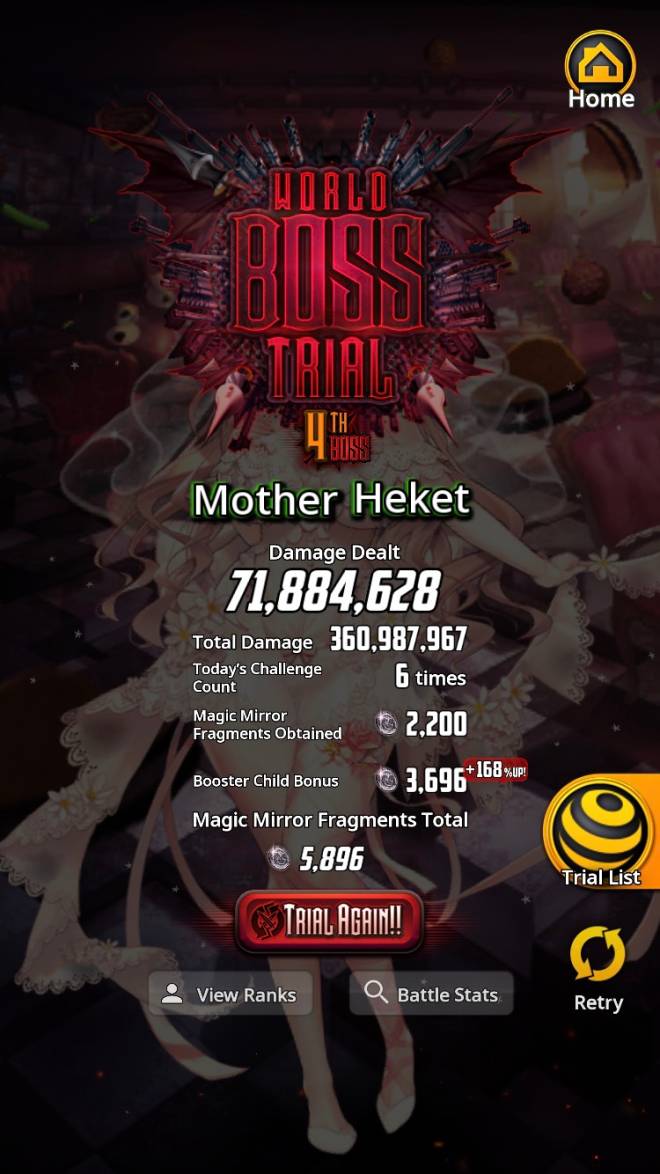 EDIT 2: Tested C. Bathory and Sweet Leda TSSSS order + Christmas Leda for Babel. The practice mode did really good 100M damage, but I wasn’t able until now to reach that in the real battle (67/69 M). Team: 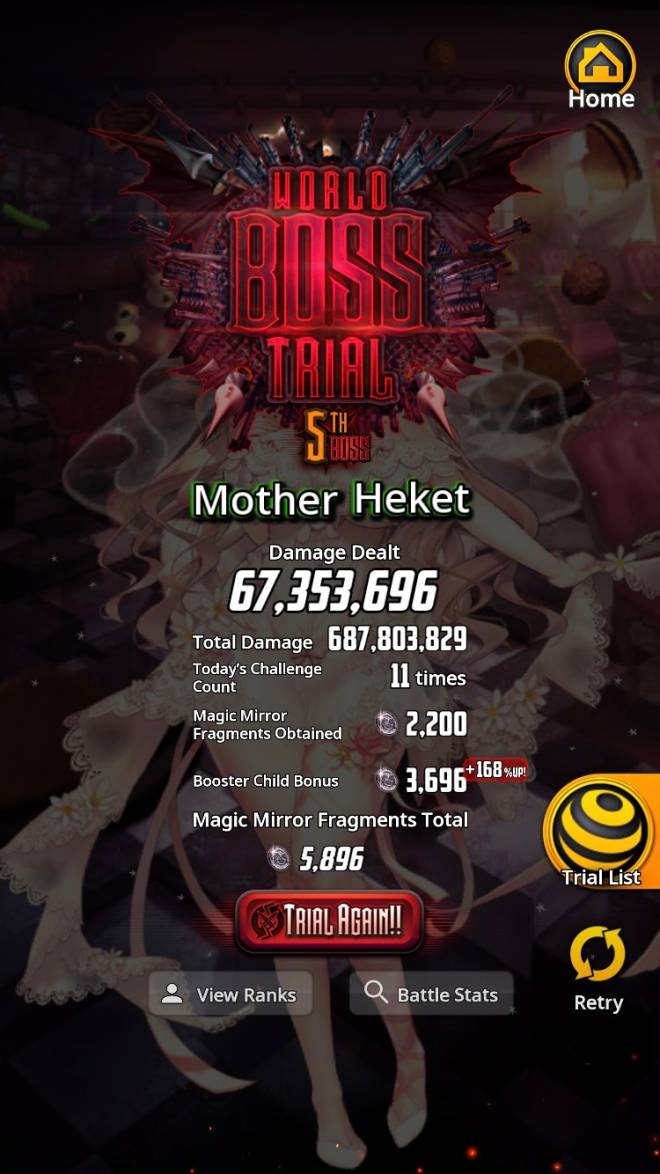 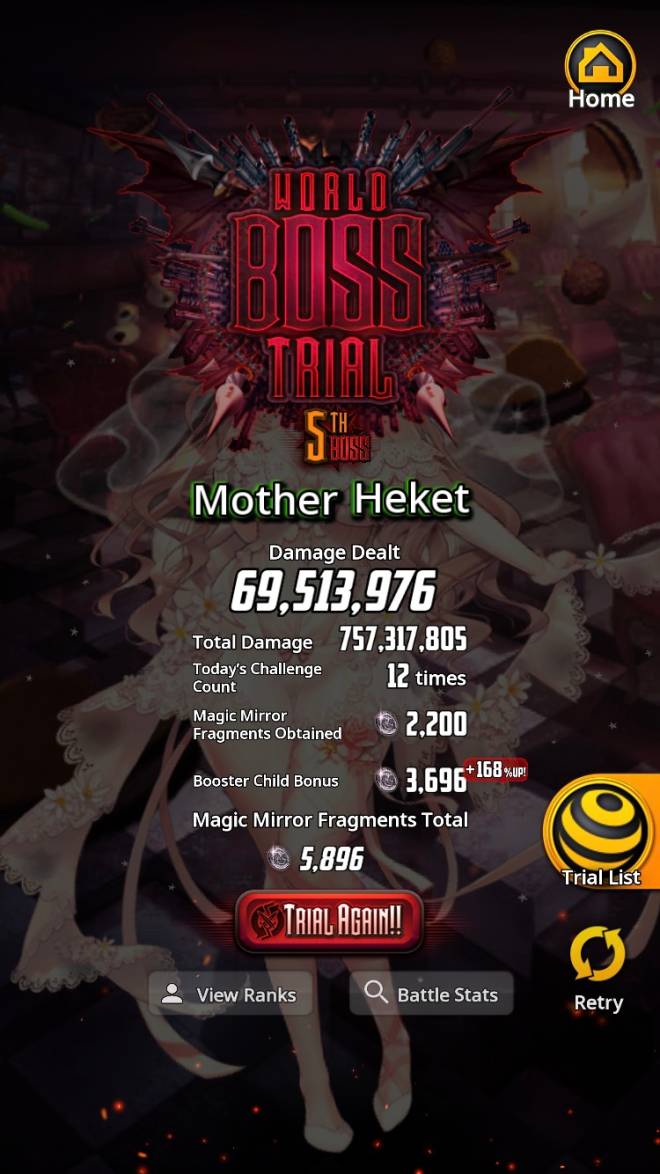 EDIT 3: I will not add extra changes after this, I promise. :) Current team: 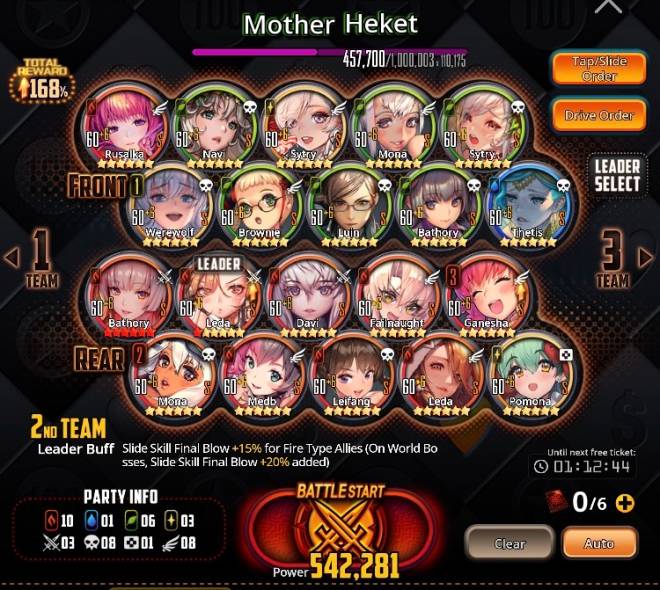 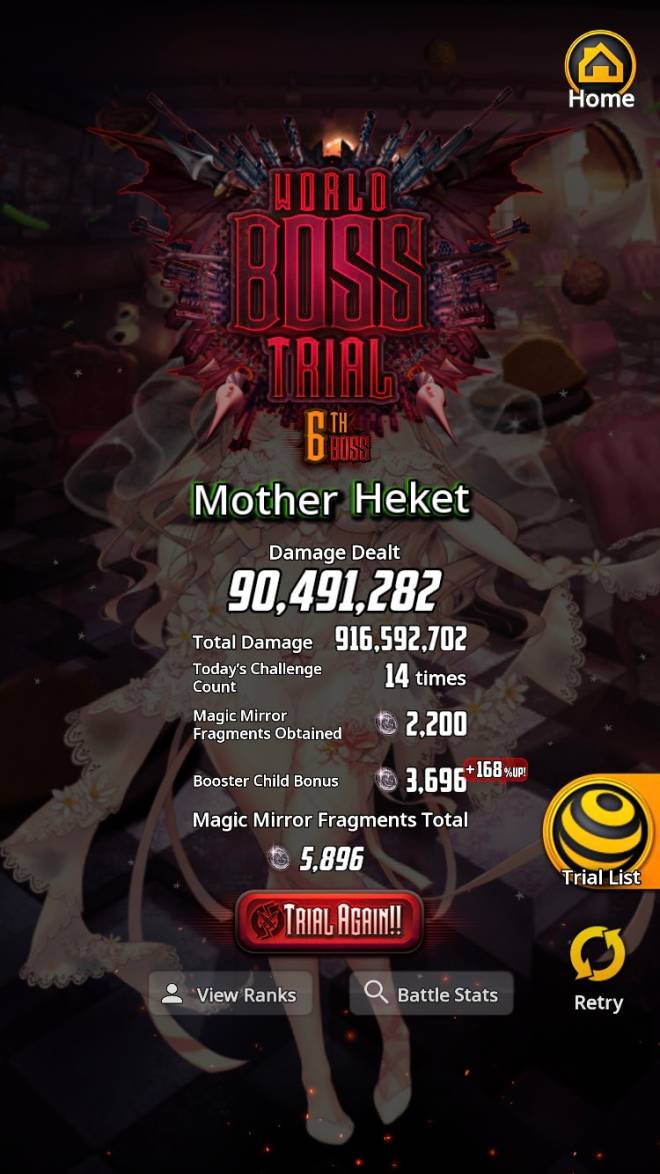 That’s it. Thanks for reading so far, have a nice day. Until next time.