Some time and roughly 27k crystals spent. What was the haul

One Neptune and two Venus copies. Each took two tries of the respective boosted banner. The Carta banner after several attempts gave the featured carta in regular form, something forgettable (also regular), and the prism Summer Vacation (the Tamamo pve bleed one). Exhilarated, I continued on, to get the usual 9 threes and 1 four from the 6% banner. Two or three broadcasts on pick up banners later, I've got the third Venus. And then I had my first 8 levels of ND smashed into this... 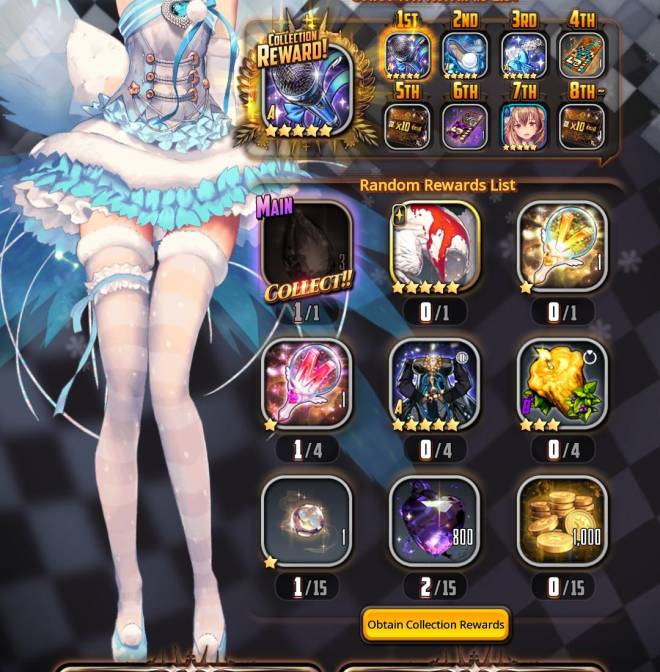 All in all, probably undeservingly good times for me. And the event story felt better than I expected. In other news, four 10x tickets yielded a good ol' water Eve. Two five-star tickets gave Limos and Hades. A weapon got to +15 via extraneous fodder items, which meant it was time to add the options, some 48 stones having been spent. First one gave the +750 to all stats option, bringing to my attention the fact there was something related to S-grade option crafting in Mission Passes. The third option kept at least for now was +400 ignore def on slide.