I saw a post of someone doing their own "Destiny Child X Collaboration." So here's a cool little collaboration I thought of. So hear me out there's this pretty amazing, fighting game name Skullgirls (2nd Encore). Made by Revenge Labs & Autumn Games. Skullgirls (2nd Encore) is a console game, that is somewhat similar to BlazBlue or Guilty Gear. Also there's a moblie app... (honestly wish 2nd Encore, had more attention to it). Anyway it's also a pretty complicated game for those, whom might be new to a fighting game. 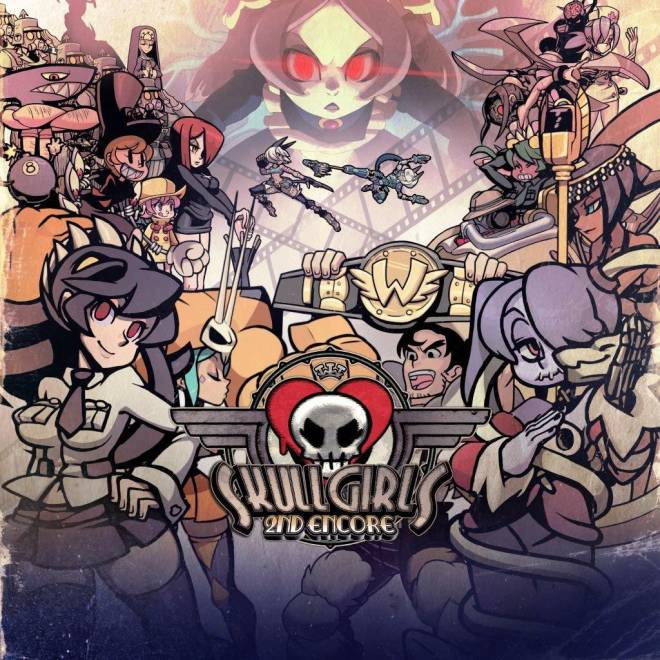 NARRATIVE DUNGEON The SkullHeart can grant a women's wish only. It will corrupt your wish, turning you into the next Skullgirl. Thou you could destroy it, but it'll eventually come back. 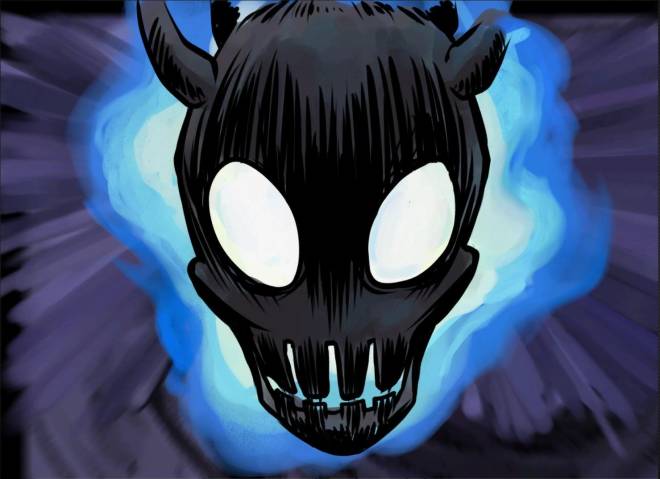 I could see Filia, Painwheel, Parasoul, Squigly, or Peacock given a narrative dungeon. Due to these 5 characters, having a more compelling relationship with the Skullgirl. For typing Filia would be an Attacker, Painwheel an Attacker, Parasoul a Debuffers, Squigly a Tank, and Peacock a Debuffers. FILIA 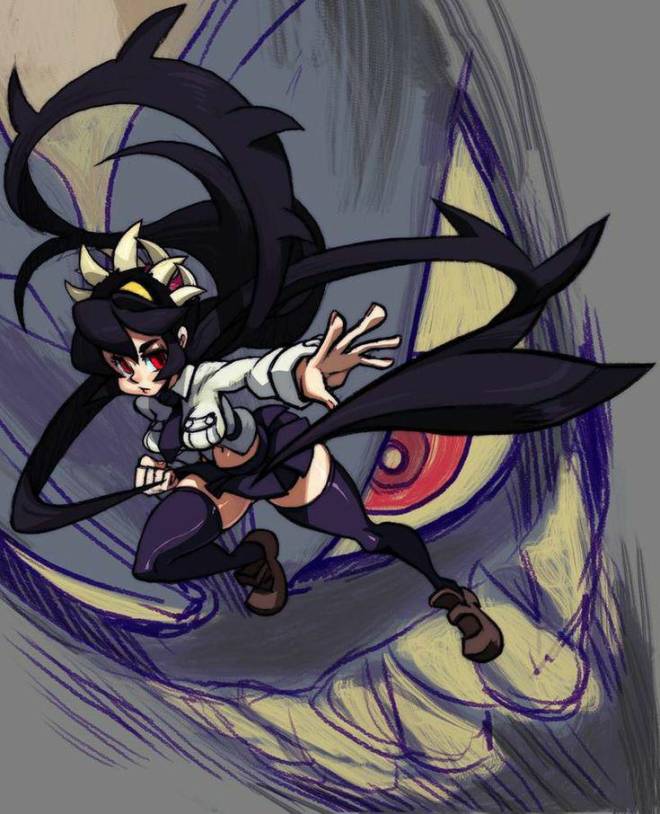 Filia's relationship with the Skullgirl deals with Filla being in a mafia family. The Skullgirl detest, anyone that is associate with Medici family. Thou Filia, doesn't know anything about her family, or past since she lost her memories. Filia also has to deal with a parasite name Samson, that's literally her infuse with her hair. PAINWHEEL 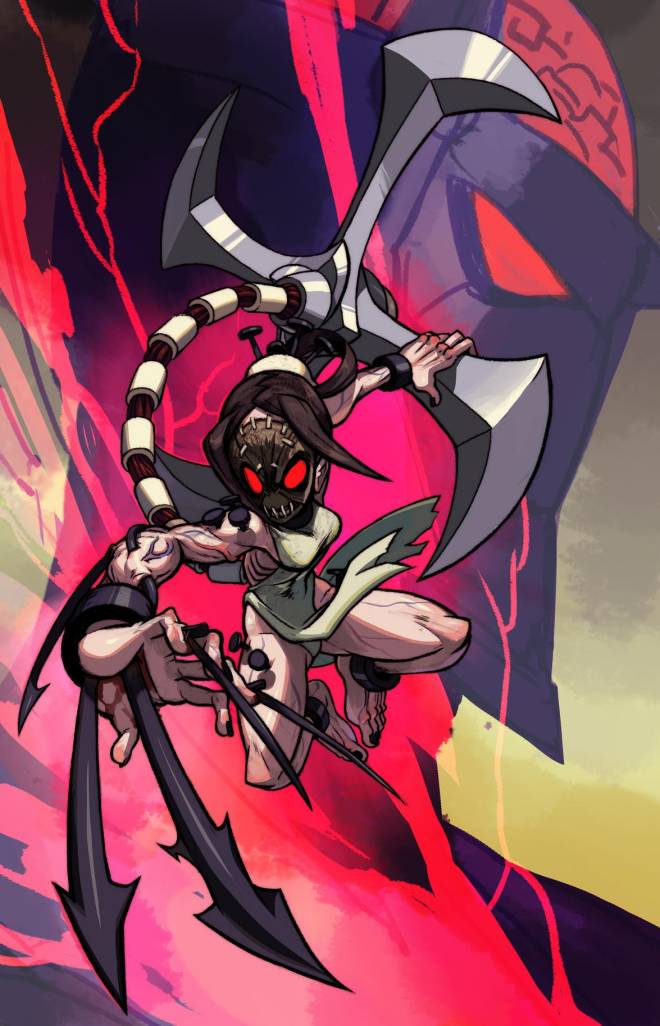 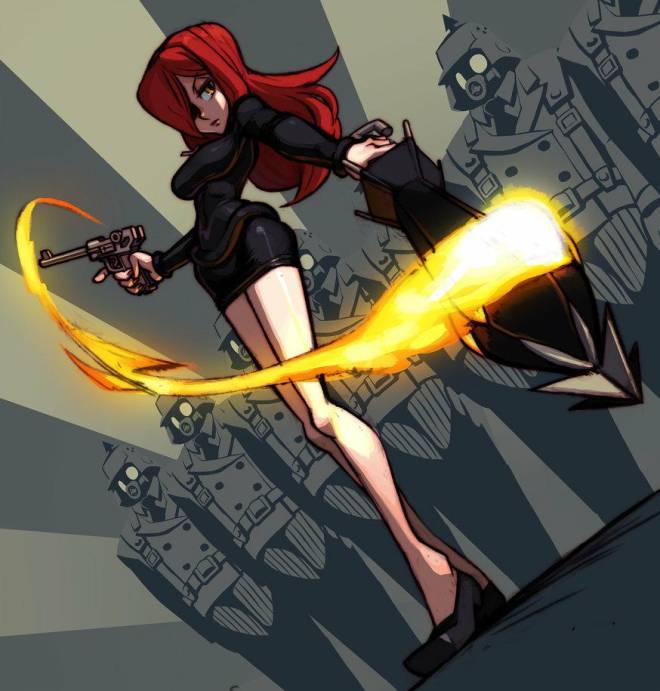 Parasoul, is Princess of Canopy Kingdom, or rather Queen. She is basically your typical princess, that wants to protect her kingdom and her sister. Parasoul's fate with the Skullgirl, deals with her mother being a Skullgirl and her little sister will be the next Skullgirl. Thou Parasoul, choose to take her sister's place, and become the Skullgirl. SQUIGLY 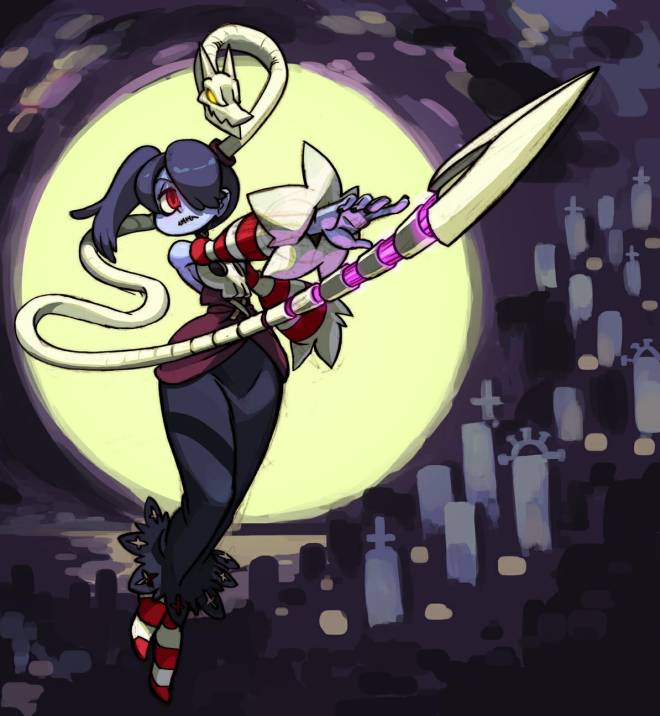 Squigly is a sentient zombie, kept alive by her parasite Leviathan. She and her family died to the a mafia incident. Thou at the last moment her mother wish, on the Skullheart to become the Skullgirl. Squigly, is the only one who doesn't become a undead servant to her mother. Squigly basically has a legion to defeat every Skullgirl that appears, and sleep until the next appearance. PEACOCK 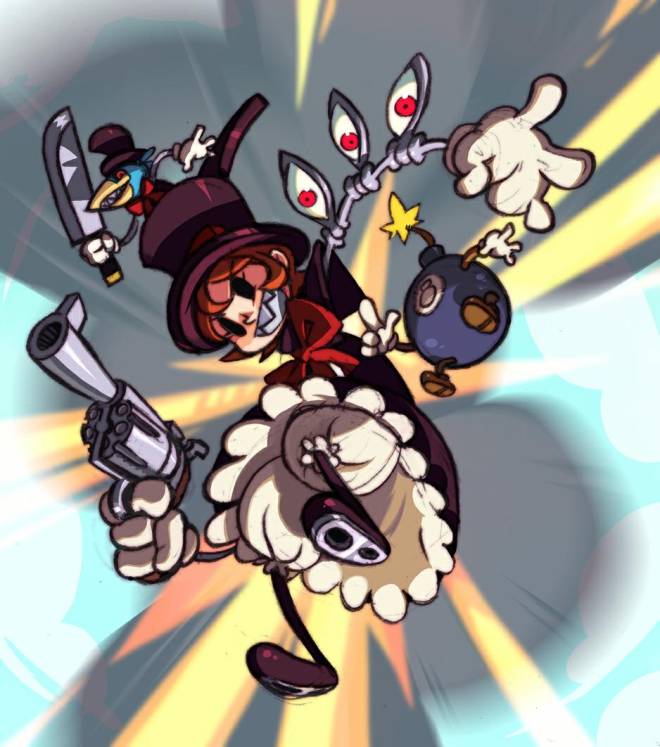 Peacock is an Anti-Skullgirl weapon, she was a war orphan, and was but into a family orphanage. Buuuut soon slave traders, come to the orphanage. Peacock has a rebellious attitude, is mutilated as an example. Year later she was saved by a Doctor, that gave her the parasite Argus System. It gave her sight and a lot of other abilities. RAGNA BREAK For a raid, I could see 3 character being apart of the raid. Giving that these characters, are the end bosses of Skullgirls. These characters are Valentine, Double, & Marie (Skullgirl). I could see Valentine being an Attacker or Debuffers. Double being a Debuffers, and The Skullgirl being a Tank. , VALENTINE 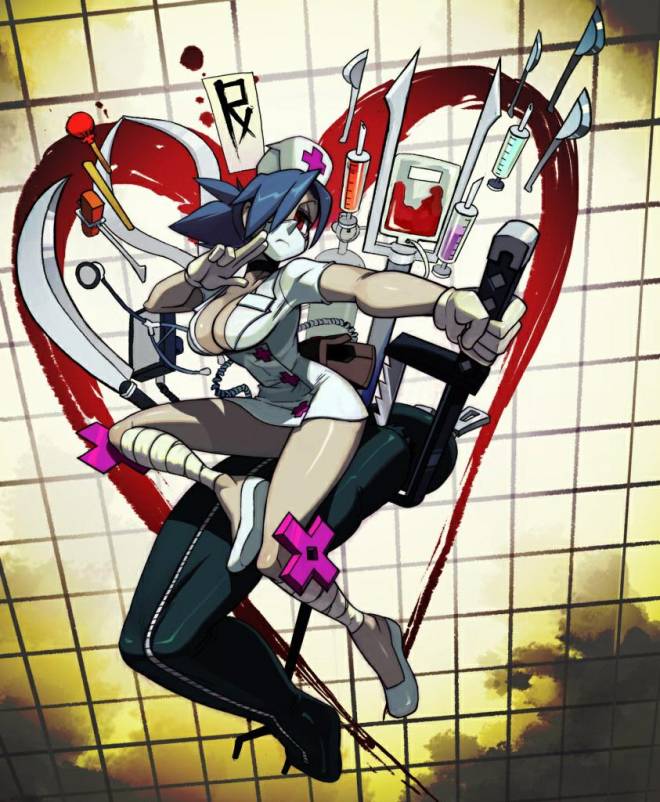 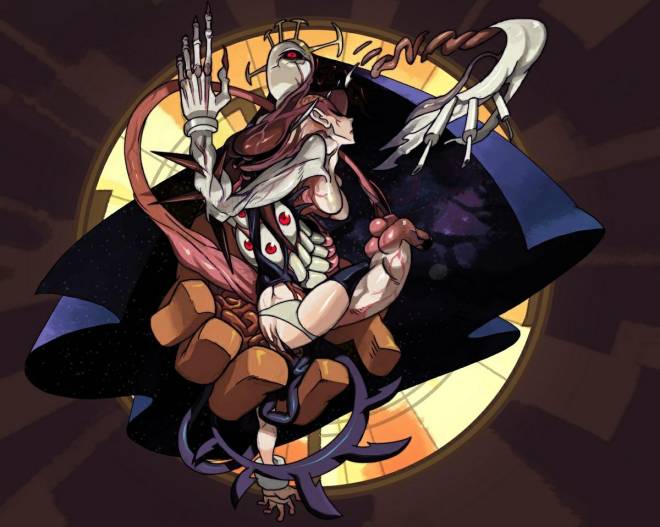 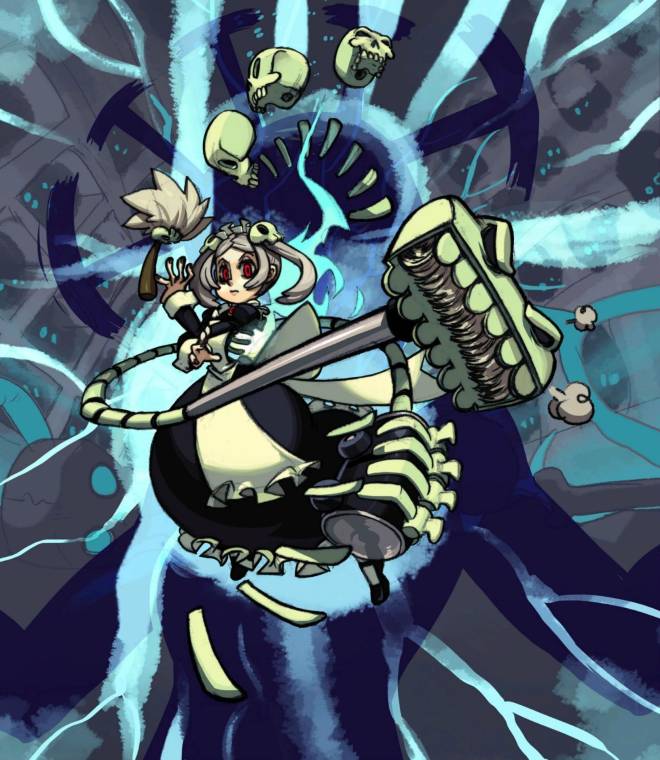 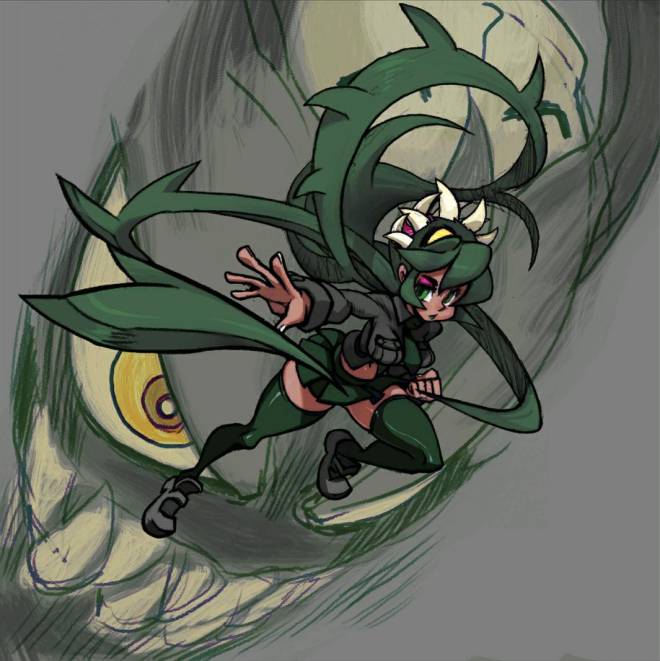 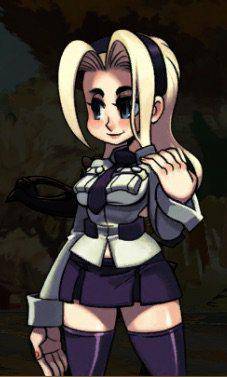 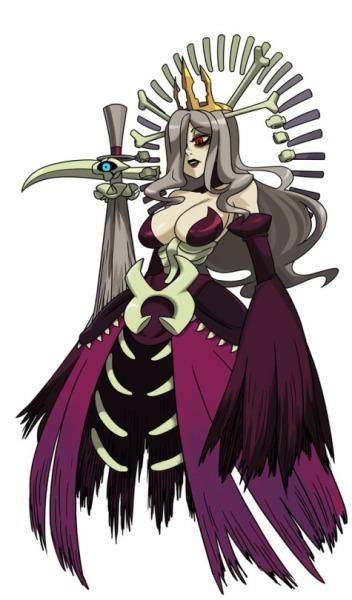 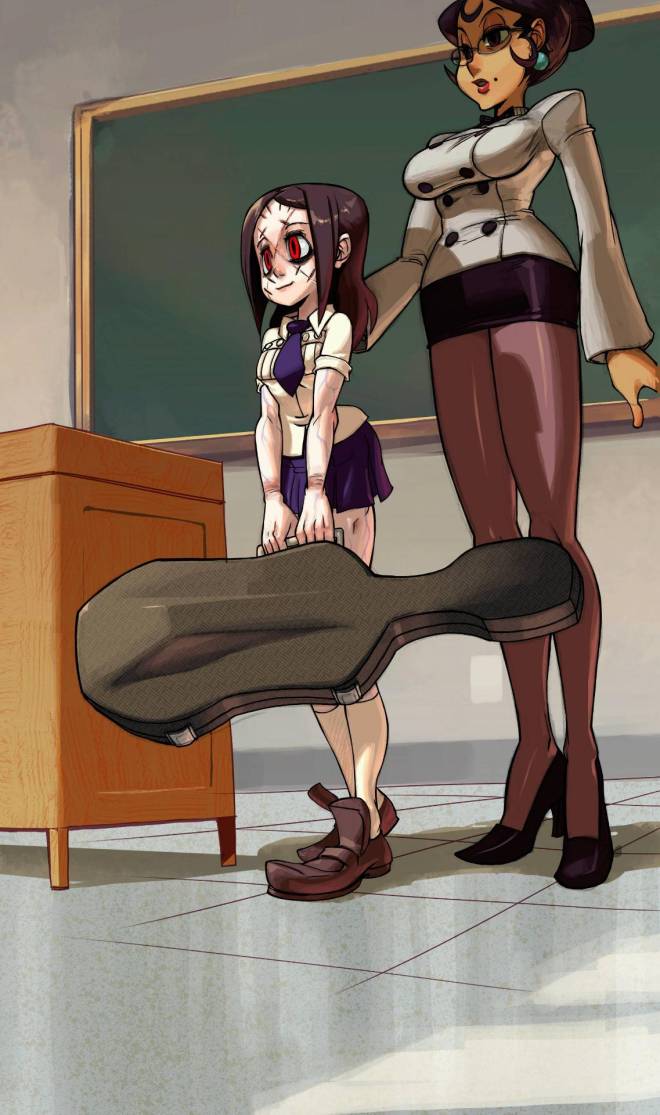 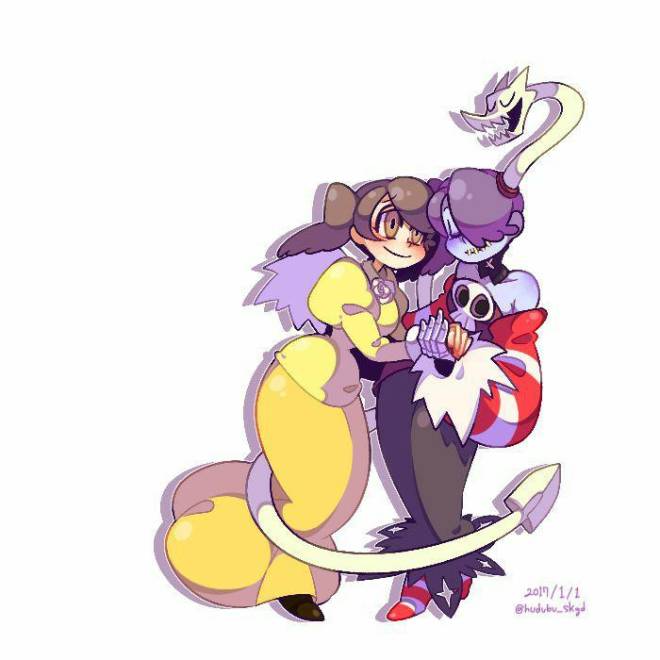 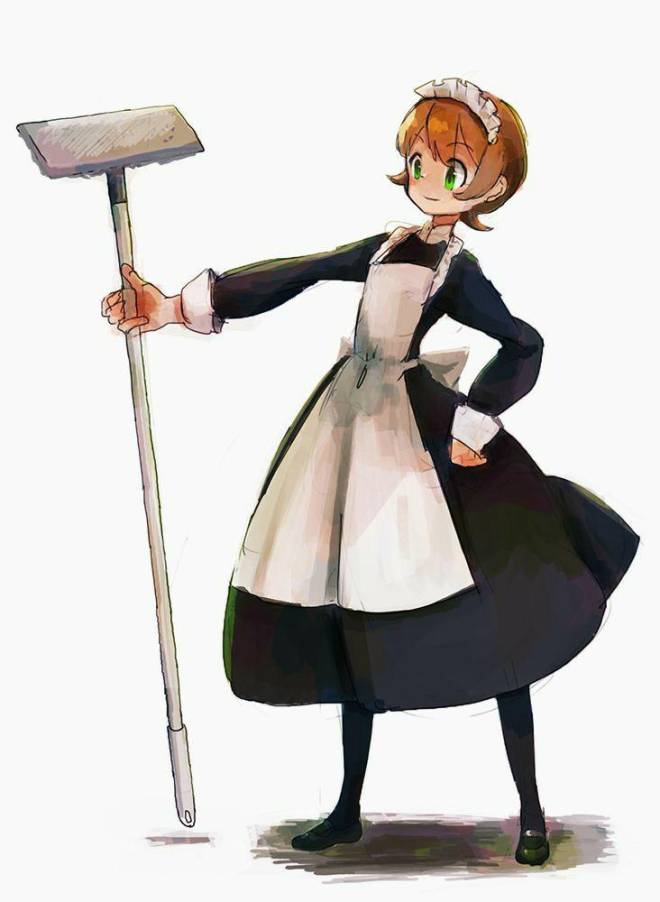 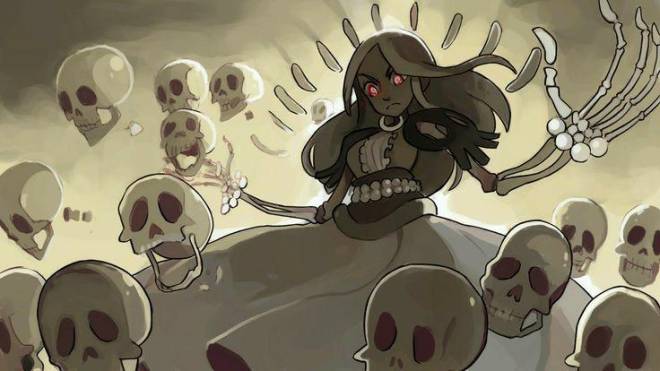 This was pretty fun to do, I do love Skullgirls a lot. It typically was the first fighting I brought for my PS3 at the time. I wish 2nd Encore had more story like the moblie game thou. I also couldn't find a decent pic of 300% Marie for The Skullgirl's costume. So I went with Squigly's mom and that concludes this post.