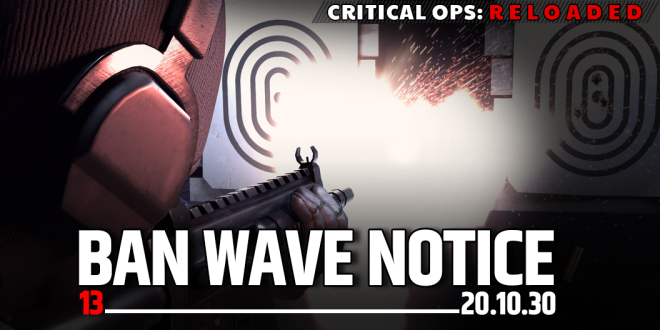 Since the last Ban Wave cycle, we have implemented a new algorithm to automatically ban the repeated offenders. The repeat offenders usually attempted to bypass the anti-cheat solution but, with the new algorithm in place, we were able to track down these 'bad seeds.' While having a severe punishment system can be important, we also believe that having a reward system that promotes positive behavior is crucial. When we are ready to share with you the details regarding the "Honor System", we will let you know ASAP.   The following list includes 37 offenders who were punished in this cycle of ban wave. Remember that more offenders are actually punished and banned through the automated system. The following players are selected and listed in the list as they A) negatively influenced many games and received many player reports, B) attempted to create new accounts on different devices to further pursue disruptive gameplay behavior.   [Ban Wave 13]   ■ Date: 30 OCT 2020 ■ Monitoring Period: 17 OCT - 29 OCT   ■ Reason of Ban: - Abnormal Usage Behavior (Cheat/Hack) - Habitual AFKing/Leaving - Toxic Communication Behavior   ■ Banned Accounts & Devices: 37