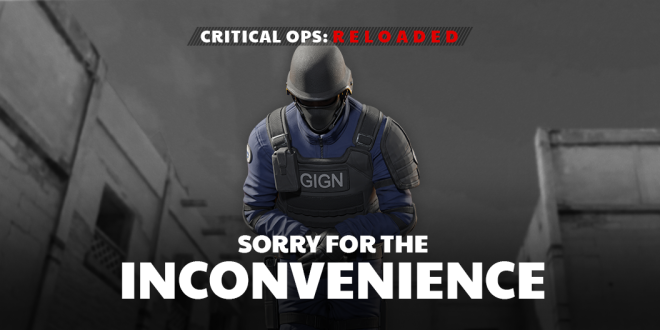 Last week, Critical Ops: Reloaded had encountered an unanticipated bug in the Ranked Mode's score system. Due to a bug in the database, duplicate Ranked points were given to the players who were matchmaking during the affected period.   With the Patch V1.0.12 Update, we have improved the stability of the Ranked Ladder DB. Ranked Scores of the affected players are now adjusted to remove the inflated values (duplicate scores). The Ranked Scores displayed after the Patch today are the correct values for the affected players.   ■ Issue: Ranked Match mode score bug (database failure) ■ Status: Resolved on 2020.08.13 10:00 GMT+8 ■ Affected Players: 64 players ■ Resolution: Readjusted the Ranked Score by removing the duplicate score gains   We apologize for the confusion and frustration that stemmed from the issue. In the future, we will give our best to prevent the same error from reoccurring and will address the problem faster.