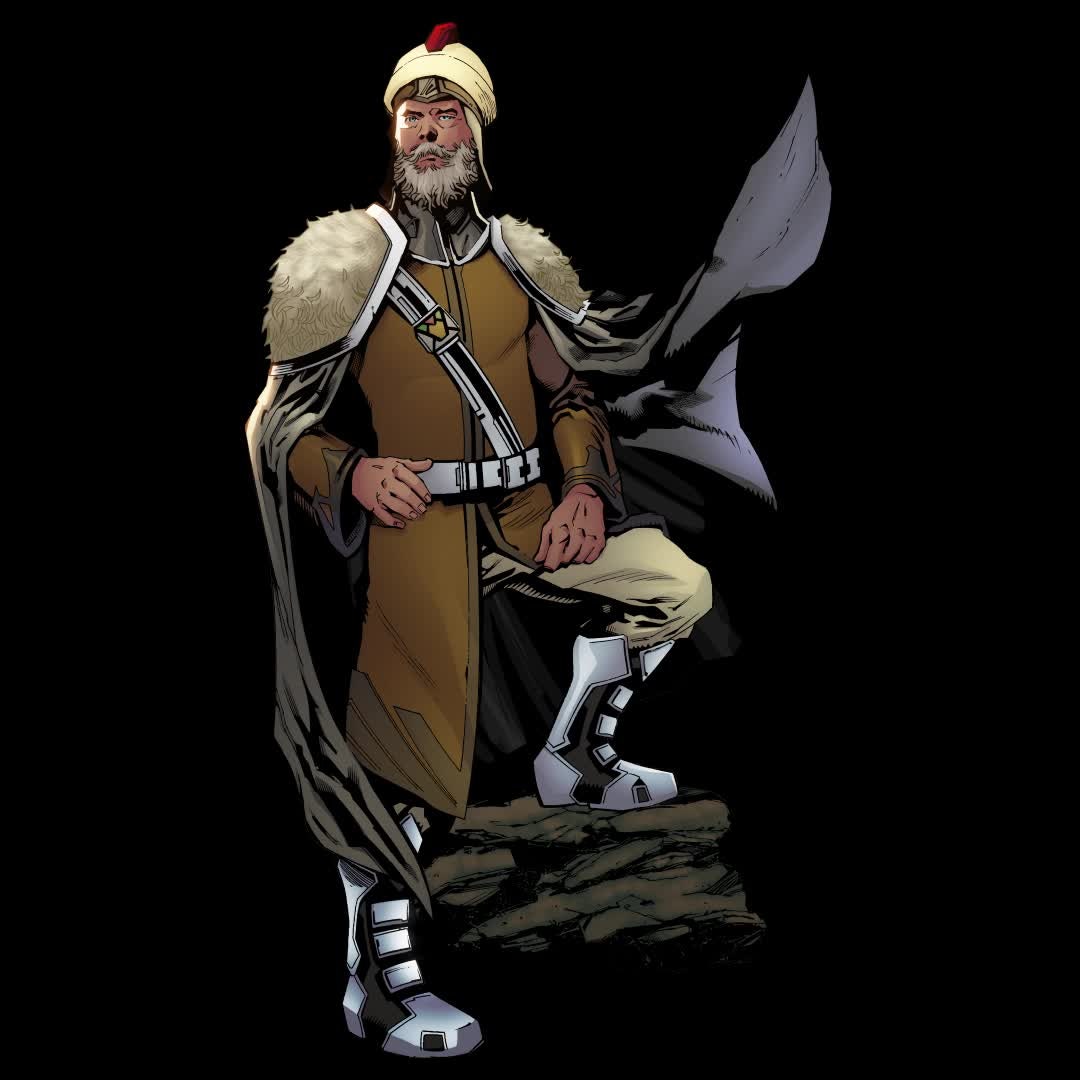 A massive spacecraft moves through space. The exterior of the ship is a dull grey titanium as if armor has been hammered in. A Zurich Bank logo is visible on the hull of the ship. At a glimpse, the vessel looks like an impregnable fortress but the interior of the mothership tells a completely different story. An expanse of grass lied inside with lush trees and other greenery. Under the blue sky lied a small wooden house on top of a small hill. An elderly man named Dandolos sits in his armchair out on the balcony. With reading glasses perched on his nose, he is absorbed in his book and a large dog stirs under his feet. A serene scene.   Moments later, at the spot where it seemed like a cloud was, a small rectangular shaped light flashes and a gate opens. A middle-aged man ascends to the ground on an ‘air fly’. Dressed in traditional Arabic thawb, stands Al Rashid. Dandolos sets his book away and looks over towards Al Rashid standing in the grass. There was an air of mystery between these two. Al Rashid bows politely and Dandolos returns a smile. Al Rashid sits down on the empty couch when he entered the library. The house was filled with antiques; Desks, drawers, an electric kettle, and even a turntable. Out of all these ancient items, one thing drew Al Rashid’s eyes. A large framed portrait of a young Dandolos hung on the wall.   The portrait captured Dandolos’ young energetic spirit when he was starting out as a trader. Al Rashid listened to Dandolos as he spoke   “It seems like the conflict will get longer”   Al Rashid turned towards Dandolos who put down his teacup.   “The Black Flag is putting up quite a fight”   “The longer it takes, the worse it gets for the U.N.S”   “You don’t think the military can penetrate them?”   “Are you frightened?”   Al Rashid struggled to find the right response to Dandolos’ sudden question. Al Rashid couldn’t dare to say no. Al Rashid was afraid to lose his reputation, his network, and trust he has built up over the years as an entrepreneur because of the war. He doubted that Dandolos could see right through him.   “Of course it’s terrifying. The currency would turn to dust if the entire stellar system is ruined”   Al Rashid was embarrassed that Dandolos could read his face so easily. He thought he should cut to the chase since his cover was already blown.   “It’s time for the Zurich Bank to express where they stand. What say you?”   “Here, have some more tea.”   Dandolos motioned towards the teacup and interrupted the conversation. He looked over at the blue skies and the clouds. Al Rashid thought Dandolos was brazen. As old people do, Dandolos started to talk about the past.   “When I was young, my dream was to have several man-made planets like Serenissima. I wanted to spend the rest of my days there. But, as I grew older, my dreams changed. Do you want to know what they are?”   “Hopefully not the one you’re living right now.”   It was Al Rashid’s first time being so frank and forthcoming with his tone but Dandolos’ attitude did not falter. Al Rashid thought that Dandolos was a sly old man.   “If..If we built a battleship that was as big as Serenissima, taking over the Stargate would just be a matter of time, wouldn’t it?”   Al Rashid then realized that Dandolos was not thinking straight from living a life of solitude. The story was as ridiculous as sailing a ship without a helmsman.   “Remember, a merchant should be creative first. Business skills should come next.”   Finally, Al Rashid could not stand it any longer and stood up from his seat.   “Sir, I forgot I had a very important meeting in the afternoon.”   Al Rashid excused himself and told Dandolos that he would visit soon. Before Rashid could leave, Dandolos remarked,   “Go and find the colonies that declared independence from the U.N.S. Start from the poorest. Make them an offer they can’t refuse. And next? Draw up a dual contract. And the contents? When asked by the Zurich Bank, they would provide you with their military whenever. As long as there are disputes, we will continue to keep buying as many militaries of the colonized nations as possible.”   Al Rashid stopped in his tracks and looked behind. Dandolos was a completely different person. Even the light in his eyes changed. Al Rashid’s heart started to beat. Dandolos was not an old-fashioned merchant, he was still an ambitious revolutionist. A smile Al Rashid had never seen before formed across Dandolos’ face.   “Al Rashid, I’m talking about building another military organization... What do you think about my business venture?”