It's SIR Walter Wellington to you! 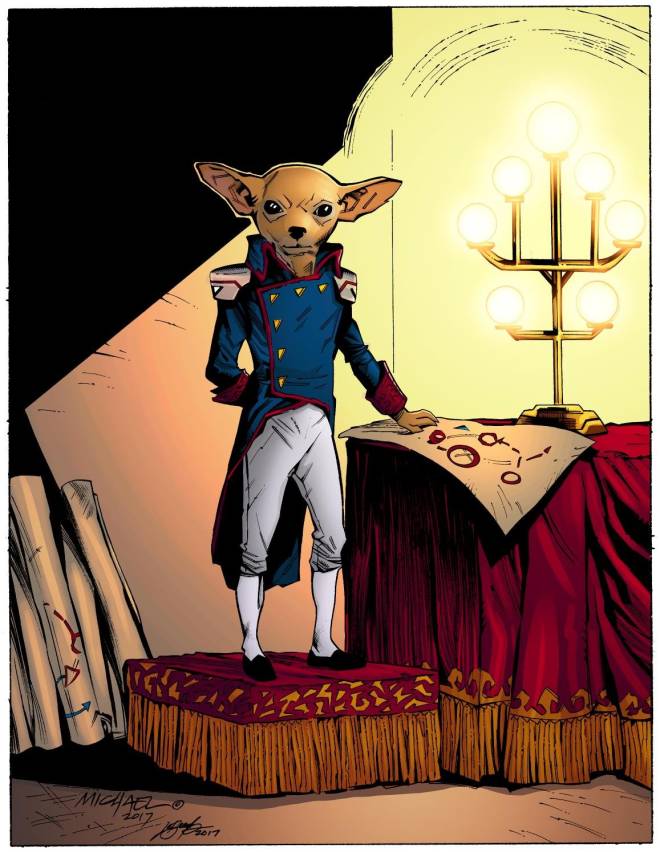 Name: Sir Walter von Wallington of the Great Wellington Faction: Black Flag Age: 40s Species: Vol Sex: Male   Where to begin with Sir Walter.. First of all, you'll probably never see him slouch. Ever.   He sits and stands upright in an attempt to look taller and more intimidating but most people find it hard to take him seriously (on account of him being a chihuahua) so he has a permanent scowl on his face.   Also known for his misfortune, poor Sir Walter can't seem to catch a break. Disaster seems to strike wherever he is, whether it's getting attacked by the U.N.S. or his space station exploding, it's as if the universe is out to get him.