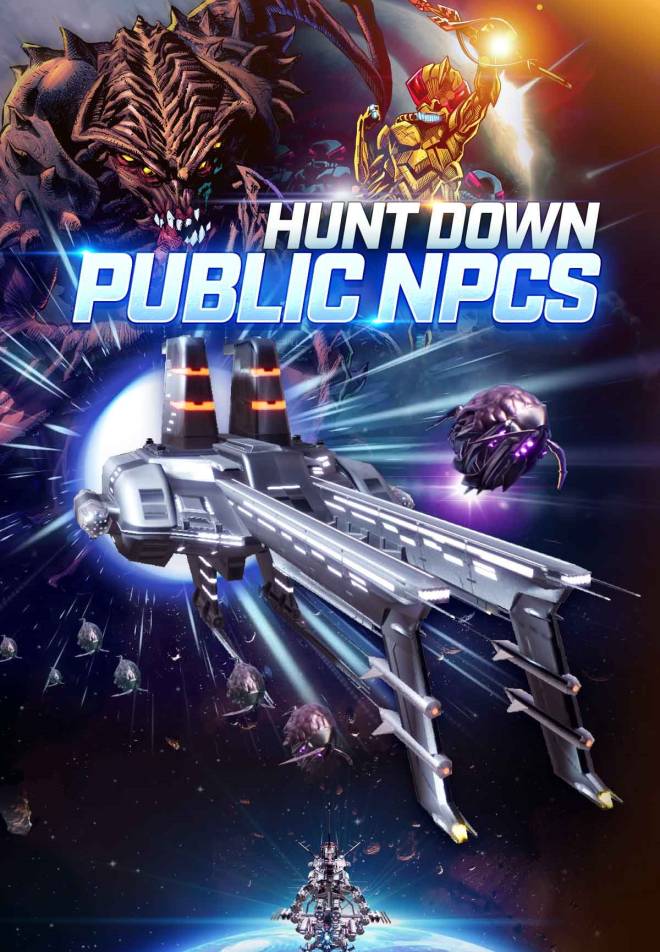 Hunt Down Public NPCs! - A Public NPC will appear at designated planets at a specified time. The location and time will change for each NPC. - Public NPCs and Guild NPCs can be defeated by collaborating with others. Unlike Guild NPCs, anyone can attack Public NPCs. - When a Public NPC appears, you can tap the ‘Touch to find Public NPC” button on the main menu’s control panel and get directed to it instantly. - Attack a Public NPC has been added to Daily Quests.