Hello, fans of Rogue Universe.   It is already June and we are half way done with the year and we have also reached a halfway point of our renewal development for Rogue Universe that we have started since February. Today, we will take some time to talk to our Art Director about the changes and the progress we have made so far.   ※ Would you like to introduce yourself? - Hi, my name is Ki Seon Lee, I am the Art Director for Rogue Universe. I’m responsible for the overall 2D and 3D art in the game.   ※ What are you currently working on? - There are a lot of things we need to work on in terms of 3D art. Before the game renewel, we had used a third-party company to make 3D art as we didn’t have a 3D artist in-house then we’d put it into the game. After I joined, there were a lot of things we had to work on. We’re not dealing with a game with 2D puzzle art, since we are a strategy game using space as a backdrop, it’s important that the 3D art is detailed and precise. We’re working together with programmers to make sure that these things are integrated well and function.   ※ What kind of changes should we expect in terms of the 3D art? - Before the renewal, the PBR (Physically Based Rendering) effects were not as noticeable. Now, we are focusing on highlight those effects a lot more this time around, even down to the metal resources. We are increasing the quality of the art and you’ll be able to tell on the different metal types and see the roughness on the surface. 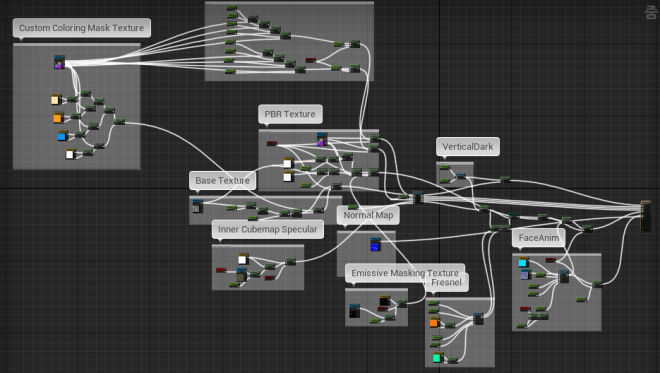 (Newly developed Material Node that will be used on mobile)   ※ What kind of specific changes were applied through this technology? - During the previous season, there were a lot of designs that focused on sharp edges. However, we wanted to emphasize roughness of the metals and the materials there are being used so we’re focusing on building one big robust mothership. Also, the mothership will have a lot more functions than before and there’ll be 22 different sections to the ship, making it a huge organism.

(Redesigned Mothership)   ※ These are quite drastic changes to the mothership. - A lot of these strategy games are horizontally orientated but our mobile game is vertical. We thought about how we could fit everything into a vertical screen but also deliver the tiny details like texture. A game that came into mind was the famous ‘Homeworld’ that was released in the 90s. A lot of sci-fi fans found the mothership in Homeworld quite memorable and fascinating. We took inspiration from Homeworld’s motherships and remodeled our mothership and to increase the usability, we’ve made sure build a large UI touch panel for our users. Now that the mothership is divided into 22 different parts, each function can be upgraded in several stages which makes the ship a little bit more complex. In the beginning, the mothership will be dull and grey but with more upgrades, the mothership will evolve into a beautiful shiny chrome, copper, or glossy black metal and grow more high-tech. Our users will be able to experience something entirely new. 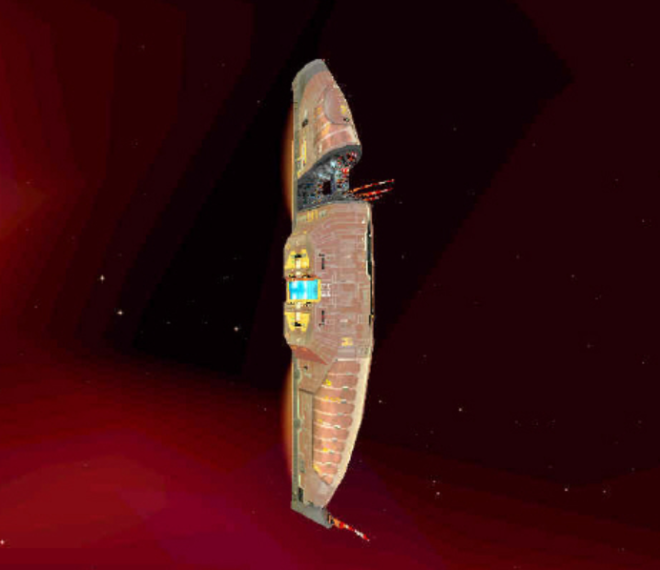 (The mothership from Homeworld which we were inspired by)   ※ Do you have any other artistic concerns because our game is on mobile? - With 3D modeling, there are issues where sharp edges can jiggle around. There are many ways to solve this kind of issue on a PC but with a mobile platform, our options are limited. We are straying away from designs like pointy antennas or sharp knives and lean towards rounded designs. 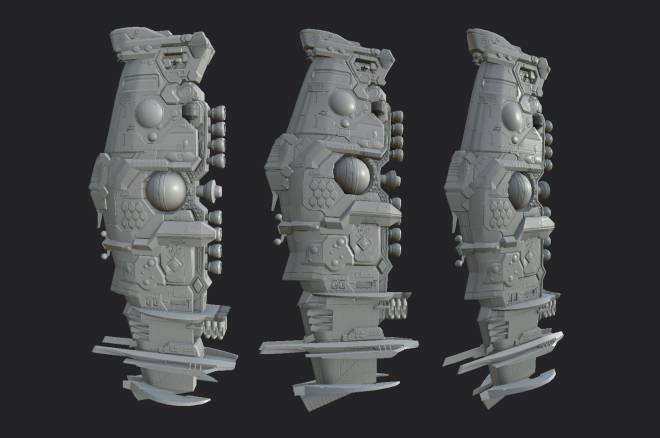 (Unfinished 3D Model Sculpting)   ※ What other changes would you like to introduce? - We also redesigned the Stellar view which is a function everyone uses often to give users a sense of vastness. Originally, the space background didn’t move but now when you touch that field and look around, the background moves. Even though it’s a strategy game, we wanted to emphasize that this game takes place in outer space. 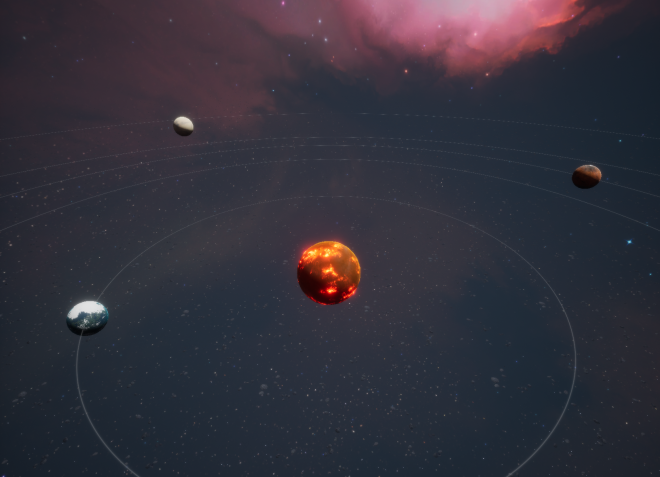 (Stellar view that highlights the vastness of space)   - Previously when players wanted to go from one planet to another, they would have to press ‘warp’ and wait an allotted amount of time and they’ll be magically transported. Now, we’ll be using jump gate animation and players will now be able to see their ships warp in action. (Image below) Also, when the ships are in warp, we wanted to show that these ships were jumping out of the darkness of space so we added these hexagonal shapes that will ripple out as the ship goes into warp. We were able to finally translate what we had in words into graphics. 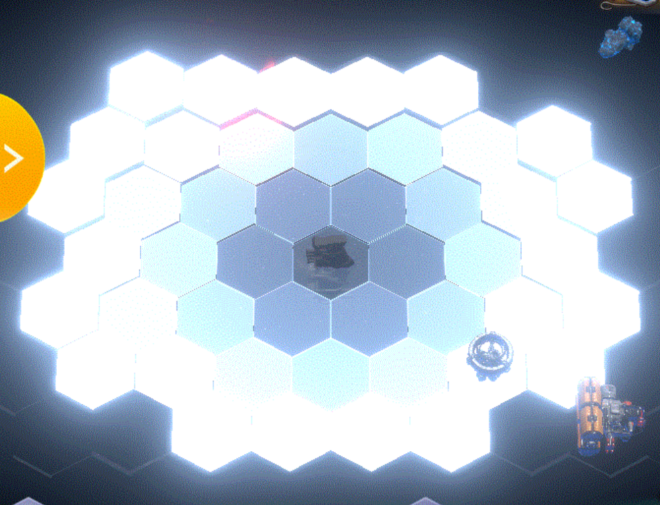 ※ Anything you would like to tell our users? - We have some highly qualified people working on creating original drawings and models. You will be getting a much higher graphic quality mothership and spaceships. If you considered the previous version of the game quite static, this newer version will be more animated and fun to watch. Which is why it will take some time but we hope that our players will be anxious and excited about our renewal just as we are.     Sincerely, Must Games