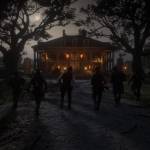 Bruce Straley, the former director of Naughty Dog who created The Last of Us and Uncharted 4, has made his opinion through Twitter that Red Dead Redemption 2 lacks freedom of player's choice. Here's what he said: 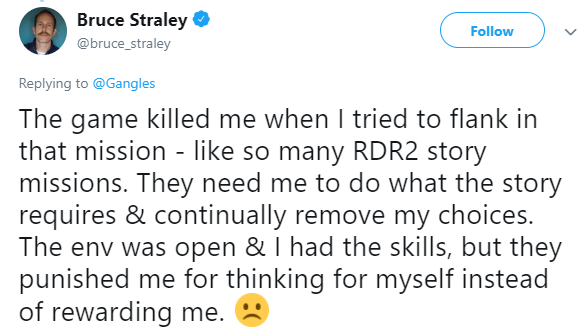 In a way, I agree that he's making a valid point by saying, "They need me to do what the story requires & continually remove my choices." Red Dead Redemption 2, although it provides one of the best open world experiences, I feel like the game offered mostly of what developers needed to tell but not what players wanted. I'm not trying to criticize the linearity of the game but pointing out that it offered the most realistic Wild West Simulator but not the most free roaming encouraging environments where you can do whatever you feel like you want to do which something you'd expect from many games from Rockstar. Arguably, rdr 2 was the best game that came out in 2018, but it doesn't mean there aren't room for improvements. What do you guys think?     #News