Howdy there, outlaws in moot. It's Wednesday, and you know what time it is. It's time for another Red Dead Online Guide! 👏🏻👏🏻👏🏻Today, I've brought three easy ways to grind money in Red Dead Online 1.05 which will help make your gaming experience much easier😎   *Please note that some methods use glitches and may not work for further updated versions of the game.   1. Steelhead Trouts near Tumbleweed   One of the easiest way to earn money in Red Dead Online right now is to collect and sell glitched Steelhead Trouts near Tumbleweed which are free for the taking. 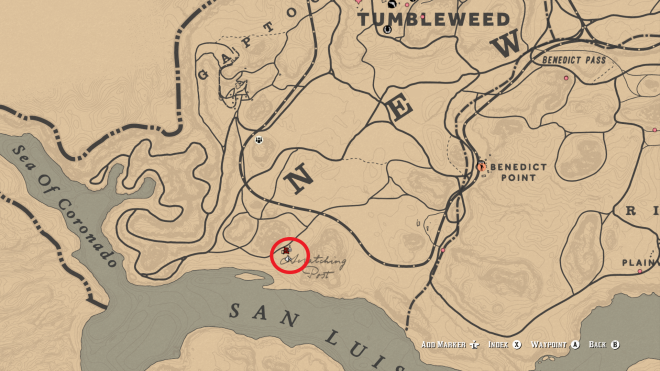 To put it shortly, all you need to do is join a New Austin session and travel to south of Tumbleweed. You'll find a small house with a fence and be able to help yourself with some three star Steelhead Trouts lying on the ground near it. It gives you about three to four trouts at a time and two or less if you're unlucky. When you're done collecting, you can just press 'Free Roam' from the menu and join another session which will respawn you to a place near where you left off but with new trouts. Unlike selling animal carcasses, it's a much safer way to earn a good amount of money as you don't lose your loot from hostile players and server disconnection. 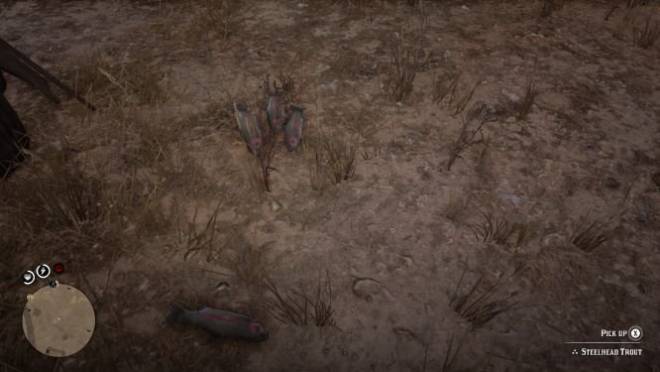 The reason why there are trouts on the ground is unknown. It obviously seems to be a glitch as I was able to see trouts swimming underground near the looting spot at one point which makes it abnormal not to think so. I'm pretty sure Rockstar will come up with a patch very soon. Please do hurry if you want to try this. 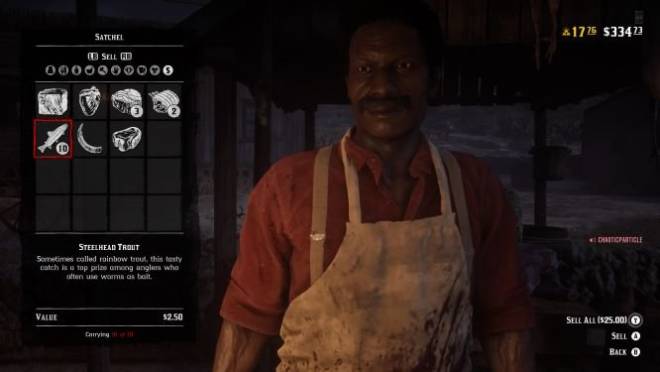 If you take the shortest route from Tumbleweed to the destination, it takes less than one and a half minute. Considering that it takes about three minutes to go back and forth and five to six minutes to collect 10 trouts, which is the maximum number of trouts you can carry at a time, it takes less than 10 minutes to collect $25.00 per run. Mind you, because there will be other players who are looking to grab some cash, selling trouts, you might have to keep respawning yourself until you find a session without players nearby which could make it longer than you'd expect.   ---------------   2. Fishing using an animal carcass   Fishing probably is one of the most staple means to farm cash in Red Dead Online along with hunting. It gives you both XP and cash, and for some people who have passion for fishing in real life would actually enjoy farming. However, the method I'm about to introduce today is unorthodox, and some might think they'd be better off without this because it's purely for farming and may destroy the fun out of the game. 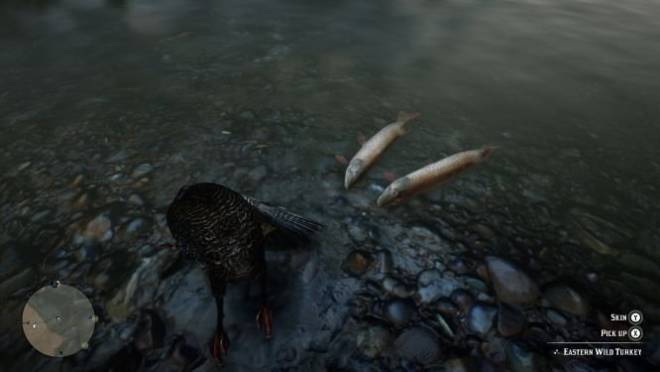 This is one of many popular ways to farm money in RDO. It's simple enough but comes with a high return if you do it right. Basically, what you need to do is to throw a carcass of any animal near a fishing spot. The trick is to put the carcass close enough to water so it can attract fish but far enough to make them crawl out of water. The carcass works as a bait for fish, and as a bunch of fish move towards it, they immediately goes dead as they reach the ground. 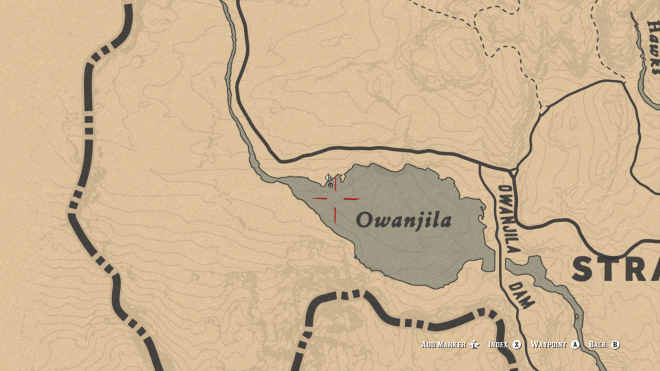 I find the best place to do this is Owanjila lake which is near the Big Valley of West Elizabeth. Besides the location I've posted above, there are multiple fishing spots near the lake where you can use this. Also, there's a butcher nearby in Strawberry which makes it a highly viable option.   The method was also popular in RDR 2 as well, and although it looks close to a glitch, I don't think Rockstar's planning to patch this anytime soon as we were able to use this for as long as I can remember since RDR 2 launched.   ---------------   3. Farming Cougars   Farming Cougars in Red Dead Online is one of the best ways to get your hands on good cash as well as some XP. As you can sell cougar products for considerably high price, it can be the most profitable way if everything work out in your favor. 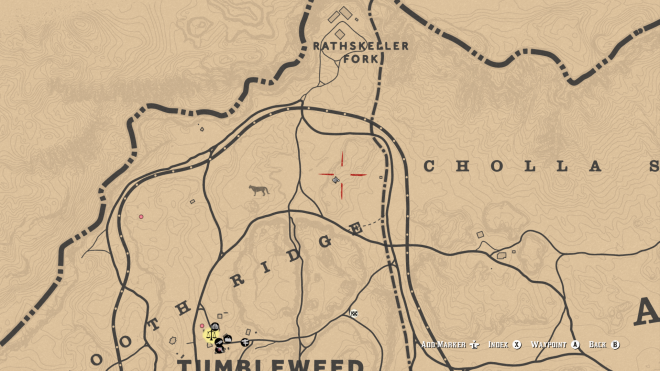 All you need to do is to hunt a cougar from a specific location and sell the loot to a butcher in Tumbleweed. It takes about a minute from the hunting spot to the butcher. However, cougars do not regen every second. From my experience, it takes approximately four minutes for another one to show up which makes it plenty enough time to go back and forth, but it means it might not reappear if you're moving too fast. If that ever happens, it's better for you to cool off someplace else until a cougar regens or join another session. Headshots are recommended as perfect cougars are more profitable than the good and bad. 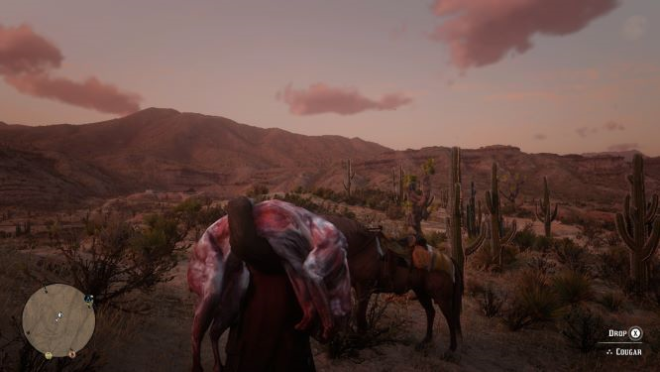 However, just remember that hunting cougars comes with a risk. Cougars are a vicious beast that can land powerful attacks lethal enough to kill you. Although you can easily hunt a cougar with a shot to the head, remember that you can also be killed just as easily. Another thing is that as same as how you had to fight for Steelhead trouts, other players might also be grinding money by hunting cougars which often can lead to a turf war. The last thing you need is another player irritating you while you're seriously grinding. Last but not least, server disconnections are your real enemy. Countless times I hunted a cougar but ended up empty handed because there were constant issues with servers. It's no fun when you're heading to Tumbleweed to sell your loot but end up doing it all over again because of server failure.   Remember, the locations where cougars spawn may change in the next update as it has happened before. Blackwater used to be a great spot for hunting cougars but is now nerfed after Rockstar decided to patch it. Also, the selling price for cougar products may decrease in the future if Rockstar thinks it harms the balance of the game.     #RDOGUIDE #MONEY #UGH #WEDNESDAY