A Ubisoft spokesperson reveals that Assassin's Creed Valhalla is currently only guaranteed to run at least 30 FPS on the Xbox Series X.   Over the past week, it's been a bit of a rollercoaster ride for Ubisoft regarding its anticipated game, Assassin's Creed Valhalla. The cinematic reveal trailer initially dazzled the community revealing main protagonist Eivor and his Vikings taking part in a large battle with the Anglo-Saxon army in 9th century England. Things turned a bit last week when a promised gameplay reveal was much smaller and limited than people thought. Now, a bit more bad news may sour a few more fans.   According to a recent interview, a Ubisoft spokesperson gave an update on a recent benchmark test for Assassin's Creed Valhalla while running on the Xbox Series X. Shockingly, the person revealed that the company could guarantee that the game would be running at least in 30 frames per second. 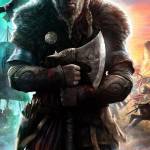