The Isolated Nature of Top Lane

For League of Legend solo queue warriors, the name of the game is often 'hyper carry'. Team play and pro level macro are second only to the snowball mentality of every Jack and Jill trying to make it to challenger, and this becomes especially apparent when you learn to play in the top lane. In the top lane, you’re not close to drag, you’re not close to your ADC’s, you’re likely nowhere to be found in a team fight before 20 minutes. A teleport into bot lane might mean a kill or two for you, but it also means your opponent will grab 3-4 plates and be rewarded for not using tp at all. And say goodbye to a few waves of farm, as well. You’ll get dove, ganked, frozen out of farm, and punished for making whatever decision you do make, even if it's the right one. It’s the top lane, and if you play it, you know exactly what I’m talking about. It's a thankless, isolated, cold lane with no room for errors, with only a rare helping hand from a jungler on occasion to help you out. But it wasn’t always this way! Before the elemental dragon reworks, drake only gave your team around 150 gold and some experience for their troubles. This meant that while drakes were absolutely important, they didn’t make the bottom lane the de facto ‘most important lane’. Teleport could be cancelled and had a much lower cooldown, meaning your tp ganks were more effective and could be utilized more often. Tower plating was not yet a thing, meaning you weren’t punished too severely for not being in lane. All of these factors made top lane the mid lane, but for bruisers.   But those days are long gone. You now have to be absolutely sure of your tp’s if you want to affect the rest of the map early on, and even in success, as we’ve established, you’re going to be punished extremely hard for leaving lane for longer than 10 seconds as your waves die to tower and your opponent gets big off of plating. If you play perfectly you’ll be seen as doing your job, and if you make a single mistake you’ll be flamed to no end. And frozen out of lane, most likely. Which subsequently means you’ll be frozen out of the game. But this doesn’t mean that the role is useless or unfun. Conversely, you, the top laner, can freeze your opponent out of the game. You can punish them for trying to gank your bot lane with platings and farm, and you can draw massive amounts of pressure to your distant, isolated home called top lane. Should you pull their jungler there, your team gets a free dragon. But should you happen to take out their jungler, you get a free herald in turn. 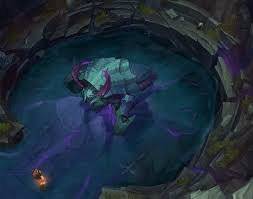 It’s the distant, cold, and isolated nature of top lane that makes it the underappreciated role of League. But it's also these traits that make it one of the most powerful, in the right hands. No one thinks you're a threat until you’ve taken over the game. And because you’re so far away from everyone else, the only way to slow you down is for the enemy to go out of their way and waste time leaving dragon and bot lane vulnerable.   The top lane is not popular. Its not always fun. But it is a place for unsung heroes.   "A single pebble may sink a warship…” - Irelia   GLHF, -E.