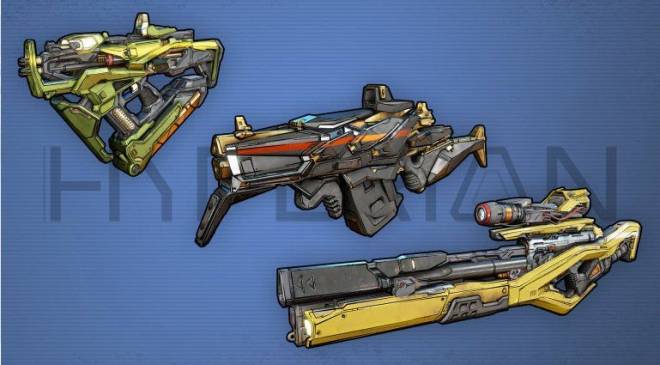 Despite suffering major losses in both Borderlands 2 and Tales from the Borderlands, Hyperion is still managing to keep up with the competition. Even if they lost their leader Handsome Jack.   The key feature of all Hyperion weapons is that they always start off with a low level of accuracy, but, the longer you hold the trigger down, the more accurate they become. Depending on the type of gun you're using, this can either be a really annoying feature or quite useful. Hyperion submachine guns, for example, can easily mow down enemies, while the sniper rifles require almost too much patience.   In Borderlands 3, Hyperion will keep this key feature of holding the trigger down for increased accuracy, but they will also have mounted shields to help protect you on the battlefield.   Previously, Hyperion has sold:   Pistols Shotguns SMGs (Submachine guns) Sniper Rifles     5. JAKOBS 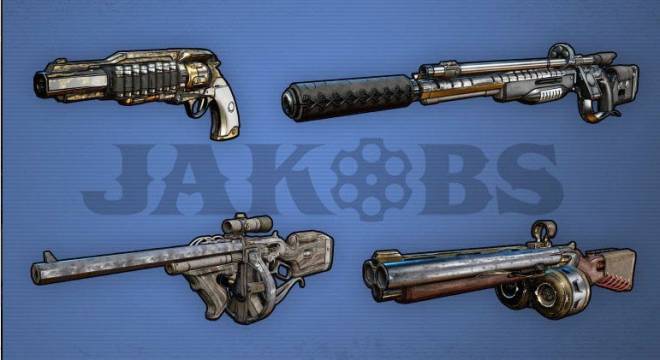 Jakobs brings a feeling of old wild west to the deserts of Pandora, with their cowboy-inspired designed and fancy sniper scopes.   Jakobs guns are known for their high fire rates and high overall weapon stats, but are let down by their slow reload speed. Jakobs sniper rifles tend to be some of the best in each Borderlands game, thanks to their high damage-per-hit rate.   In Borderlands 3, Jakobs guns will be able to deliver critical hits to your enemies and their bullets can ricochet towards other enemies.   In the past Jakobs have produced:   Pistols Shotguns Assault Rifles Sniper Rifles     6. MALIWAN 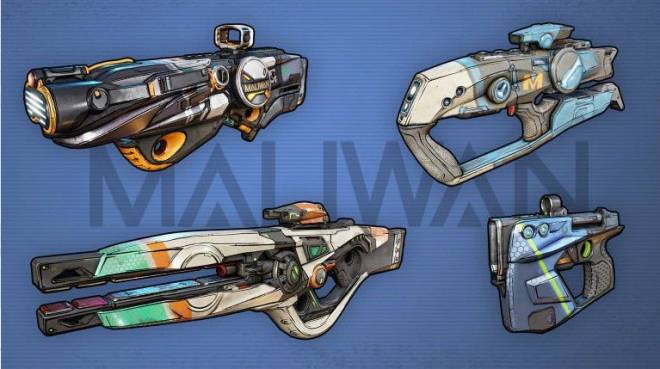 Reloading can be such a hassle - slowing switching out the ammo, while your enemies try to shoot you in the head.Well, Tediore has the solution for you!   To reload your weapon, simply throw it away and a new, re-loaded, version will 'digistruct' in your hand. Plus, the abandoned weapon will explode like a grenade.   This special ability gives Tediore the quickest reload speed out of all the manufacturers. The downside is that if you prematurely reload your gun, you will lose any of the spare ammo left inside.   Tediore will continue its tradition of turning thrown guns into grenades in Borderlands 3.   Tediore has previously sold:   Pistols SMGs (Submachine guns) Shotguns Rocket Launchers   https://www.eurogamer.net/articles/2019-07-29-borderlands-3-weapons-manufacturers-weapon-rarity-6039 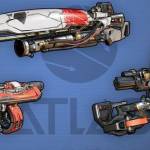