I don't have anything against the matches being only one on one, but I thought it would be nice to change the game up a bit by coming up with ideas for a team match. Since giving three boards to each of the players seems too complicated, it would make more sense to distribute them evenly to each player.   1) 2 vs 2 I would suggest players have two boards each, making a total of 4 boards in a match instead of three. Each player will control two lanes on his/her side. Also, players will be able to help his/her teammate and can affect any lane depending on the card's effect. Here's how it would look like. 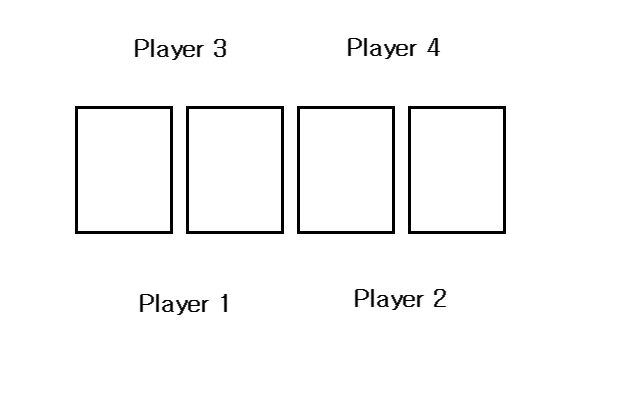 2) 3 vs 3 Since there already are three boards to begin with, each player can take hold of one lane. The rest is the same as the 2 vs 2.   3) Taking turns If more than 6 people wish to play a single match, they would take turns to play each round. Unfortunately, it means sharing a single deck is inevitable, but as more players join the match, it could turn out more interestingly.