PAXWest is only 2 days left! We don’t have much time left, I would like to talk about deck’s core, Heroes.   When you build a deck, you can only add 5 hero card per deck since heroes are a player’s strongest card in the game. Heroes have its own special ability, and if a hero dies, it returns to the Fountain for two turns and you can deploy the hero again. Plus, if you buy an item at shopping phase and put it own your hero’s card, no one in the field will be able to compete against him. 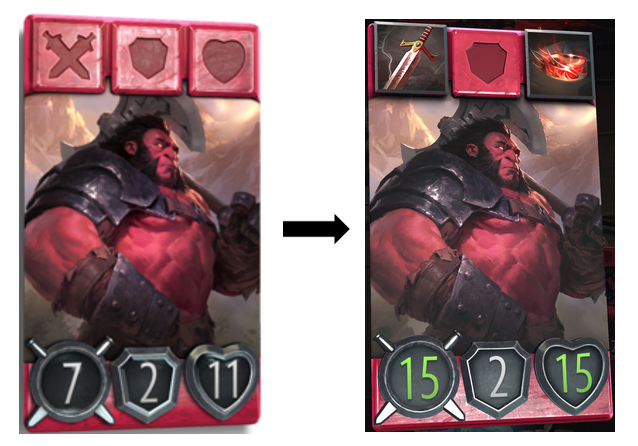 I don’t want to see this at opponent field!   Limit of hero cards make us think a lot. But, we also have to concern about hero’s signature card. Each hero has 3 copies of signature card necessarily. And these signature cards are a part of 40 cards, so 15 cards are chosen by Heroes. That means, your deck will be affected by them a lot. 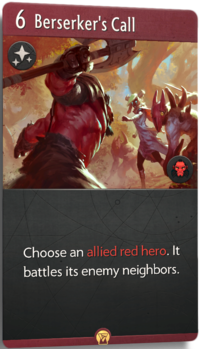 And we need to concern about hero’s color. There are 4 kinds of color, Black, Red, Green, and Blue. Black cards focus on slaying enemy heroes and capitalizing on the gold gain to snow ball their early lead. Red cards are well stated units that aim to crush the opponent in the early game. Green cards are the support set of cards, summoning creatures and buffing them to overwhelm the opponent. Blue cards are the control set of cards, making heroes weak. Your deck will have completely different type depend on your heroes. Plus, You can play spell only If your hero card are on lane and it have a same color. Unlike hearthstone, Artifact can mix our heroes. Finding a balance between colors will be the core of deck building.   I will post about spell next time. Thank you for reading!