Artifact, How the game flows.

At Dota 2 TI8, Gabe announced that more information about Artifact will be revealed at PAXWest. I’m sure many of you are looking forward to Artifact. At least I do. But If you don’t know how the game flow, you would have no fun about incoming information at PAXWest. So I would like to let you know about this game. And also about what is different between Hearthstone. 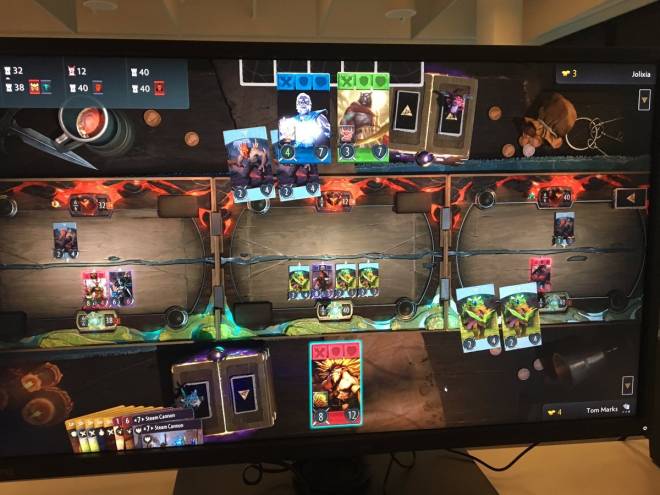 First, unlike Hearthstone, this game has 3 boards. Left Lane, Mid Lane, Right Lane. Yeah, just like AOS game. Also each lane has a tower. You can consider this as Hearthstone’s hero. So we have 3 hero with 40hp! It will take a lot of my brain to control all 3 lanes. Each lane has also mana to deploy unit. You have to choose card, and where to use it to take benefit. It’s up to you!   A turn is composed of a Round, a Shopping phase, a Hero Deployment. And a round is composed of 3 phases. Pre-Action phase, Action phase, Combat phase. Umm, This pic would help you.

At first round, we are in Pre-Action phase. 1 hero card is randomly placed on each lane and 3 creeps are randomly placed among the 3 lanes. And we draw 5 cards only at first Pre-Action, after draw 2 cards. Then we are on Action phase. We can cost mana to deploy card. These card will be used to attack for the next action phase to the opponent. At last, Combat phase. We can see the difference between Hearthstone here. Depending on the location of the unit, it is determined which unit to hit. You can hit only the unit in front of you. If you don’t have opponent unit, your unit will hit the tower. You can get gold by killing opponent unit(Creep : 1 gold, Hero : 5 gold.) And we can use this gold at Shopping phase. 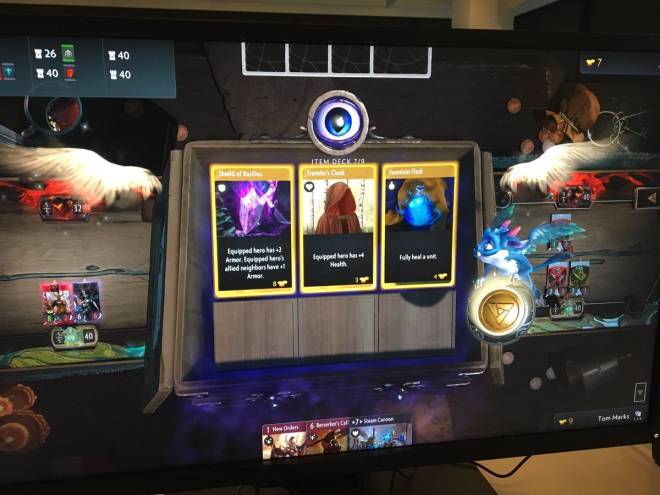 After Rounds, It’s Shopping phase. Apart from drawing cards from deck, you can buy item cards here. For example, you can buy Blink dagger, and this can be equipped to your hero. Now your hero got +2 damage and ability to move other lane. As you can see, this can change field a lot. So take golds as much as you can.   And now, last of turn, Hero Deployment. First, 2 creeps will be placed randomly among the 3 lanes. Then you can deploy available heroes among the 3 lanes. You can deploy all heroes, or not. Then our turn is finally over.   To achieve victory, you can destroy 2 enemy’s tower, or 1 enemy’s tower and 1 ancient. Be aware, Ancient has 80HP. You can concentrate all your power on 1 lane to destroy ancient, or you can control whole fields to destroy 2 towers. It’s up to you.   I will post about revealed cards later. This is my first post about Artifact, so if something is wrong, write it below! Thank you for reading!